See the gallery for quotes by Sydney Brenner. You can to use those 8 images of quotes as a desktop wallpapers. 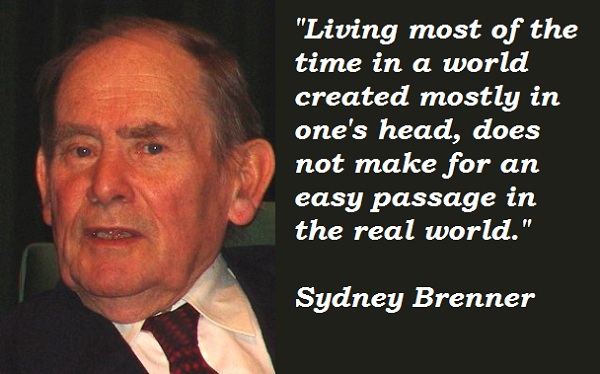 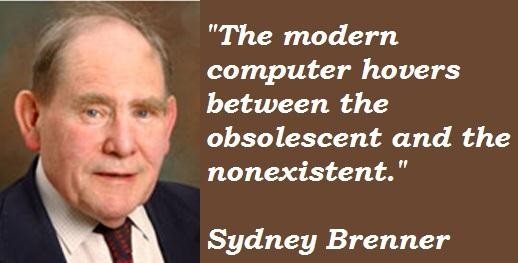 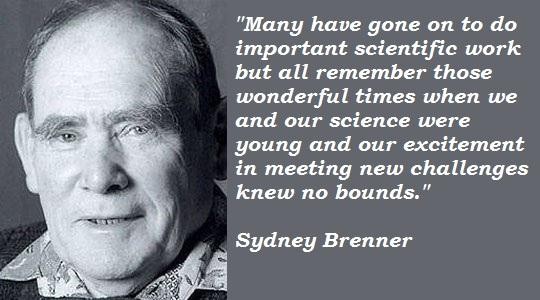 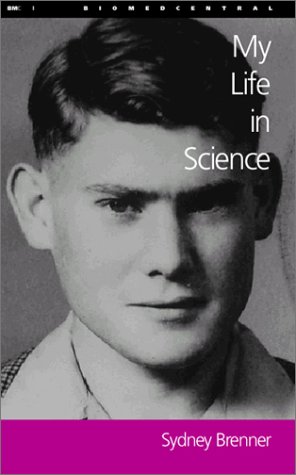 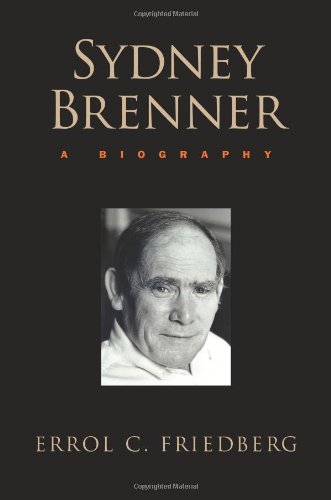 Living most of the time in a world created mostly in one's head, does not make for an easy passage in the real world.

In my second year, after moving to the Medical School, I began the courses of Anatomy and Physiology. I had begun to see that I was interested in cells and their functions.

There was still food rationing in England and life was difficult all through my 2 year stay in Oxford.

During this period, I became interested in how the new techniques of cloning and sequencing DNA could influence the study of genetics and I was an early and active proponent of the Human Genome Sequencing Project.

He told me that Francis Crick and Jim Watson had solved the structure of DNA, so we decided to go across to Cambridge to see it. This was in April of 1953.

I also became interested in chemistry and gradually accumulated enough test tubes and other glassware to do chemical experiments, using small quantities of chemicals purchased from a pharmacy supply house.

I completed the first three years of primary school in one year and was admitted to the local school the age of six directly into the fourth year, some two years younger than all my contemporaries.

I lived at home and I cycled every morning to the railway station to travel by train to Johannesburg followed by a walk to the University, carrying sandwiches for my lunch and returning in the evening the same way.

I set up a laboratory in the Department of Physiology in the Medical School in South Africa and begin to try to find a bacteriophage system which we might use to solve the genetic code.

I went in with Jack and Leslie, into this room that was lined with brick, and there on the side I can remember very clearly was this small model with plates for the bases - the original model with everything screwed together.

In 1995, I founded The Molecular Sciences Institute with a gift from the Philip Morris Company where I hoped that we could create an environment where young people could pursue science in an atmosphere of harmonious purpose and high intellectual challenge.

Many have gone on to do important scientific work but all remember those wonderful times when we and our science were young and our excitement in meeting new challenges knew no bounds.

The moment I saw the model and heard about the complementing base pairs I realized that it was the key to understanding all the problems in biology we had found intractable - it was the birth of molecular biology. 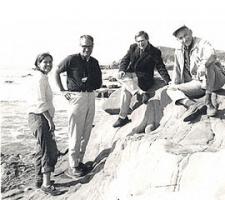 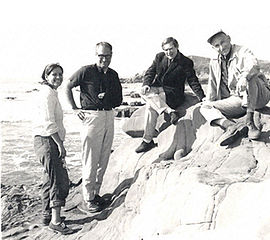