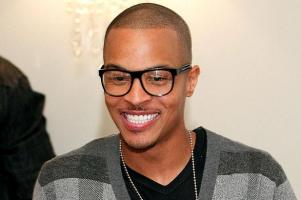 At the end of the day, I got to live my life for my family, for my children, and I'm going to do what's best for them.

Danger is ever-present in life, more for some than others.

Much more quotes by T.I. below the page.

Everyone has something to sell. The greatest thing you can ever sell is an idea or talent.

I love BET and I love the fans.

I'm an 'in the shower' or 'in the booth' kind of singer. I can sing, but I need either nobody to be able to hear me, or for me to be able to redo it.

Tags: Able, Either, Nobody

I'm going to always rise above the doubt that may exist about me.

I've learned that one thing about my life that is certain is trouble.

I, myself, I am not interested in reality television; just me, myself, speaking.

It goes without saying that it's hard to attain a certain level of success.

Man, I'm a conspiracy theorist by nature. You can't experience the federal penal system and not be somewhat skeptical.

Nobody is gonna love you like you. You're gonna be your best salesman.

To expect for me to be one-way every time you see me is to expect me to be a one-dimensional man, which I've never been. I've always applauded my efforts to be diverse and multi-faceted.

You know, when I put out records that may not work or connect with the audience, it's because I'm pushing myself as an artist creatively, because I'm just bored doing what everyone wants me to do.

Democracy is an experimental system. I like it when states try out new ideas. I think we ought to expand, not contract, our federalist system.

I think modern television shows, with their intricate plots, are stimulating our minds. This is one reason IQs have been going up.

A lot of people say that India has been held back by its democracy. But let's remember that, despite being a poor country, India's democracy meant that its government never let millions of people starve.

I utterly reject the view that the Third World is doomed to poverty and starvation. Not only is this wrong, I think this attitude verges on the immoral, like thinking that slavery is an unalterable facet of the human condition so why bother doing anything about it?

The first thing you learn when you're blogging is that people are one click away from leaving you. So you've got to get to the point, you can't waste people's time, you've got to give them some value for their limited attention span.

Writing on the blog, you want to get attention and make strong claims. In academic work, that often doesn't pay, so sometimes it's a little bit difficult going back and forth to navigate these differences.