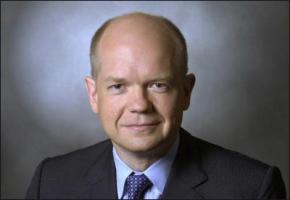 See the gallery for quotes by William Hague. You can to use those 7 images of quotes as a desktop wallpapers. 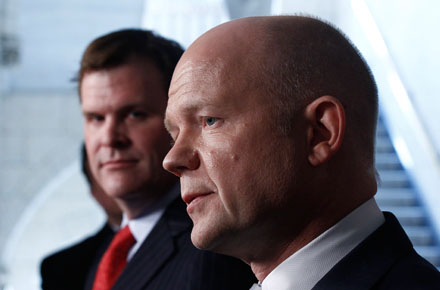 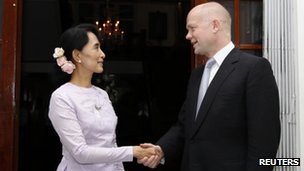 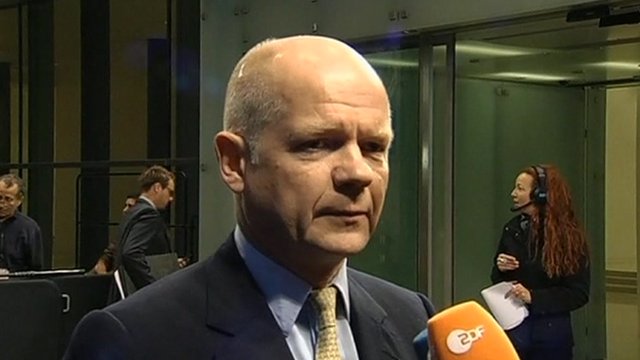 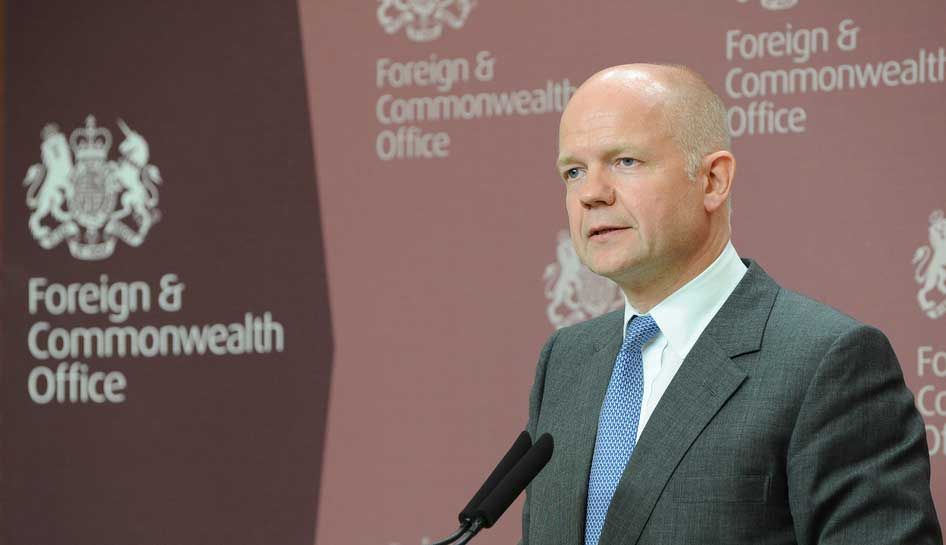 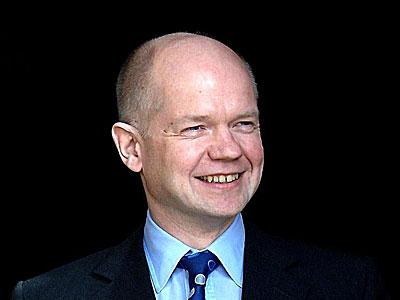 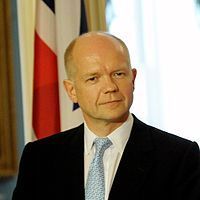 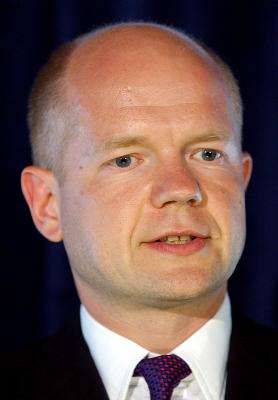 There is no budget for travel for a Shadow Foreign Secretary.

Those who back the Syrian regime from now on will find themselves in an even more isolated and indefensible minority.

Much more quotes by William Hague below the page.

We have to face the reality of climate change. It is arguably the biggest threat we are facing today.

We hope that the long darkness through which the Burmese people have lived may now be coming to an end.

Whatever happens in Mogadishu, in Somalia, will happen in Great Britain. We have interlocking interests.

You can see over time whether people are prepared to differ or not.

Time is not on Gaddafi's side. People ask about the exit strategy. It's Colonel Gaddafi who needs an exit strategy because this pressure will only mount and it will be intensified over the coming days and weeks.

You have to have as many defences in place as you possibly can. But even then of course - and it's important to stress this - you cannot guarantee being able to prevent every attack or every kind of attack.

Governments that use violence to stop democratic development will not earn themselves respite forever. They will pay an increasingly high price for actions which they can no longer hide from the world with ease, and will find themselves on the wrong side of history.

I believe we should reframe our response to climate change as an imperative for growth rather than merely being a way of being green or meeting environmental commitments.

I think the way things have been left after Iraq is that people won't believe the Government of the day, so they have to know that lessons have been learnt and that all political parties and people, whether they were for or against the invasion of Iraq, have learnt lessons.

In my view what you can't argue for is a system that is neither decisive nor proportional and can be indecisive and disproportionate at the same time.

Inspiring scenes of people taking the future of their countries into their own hands will ignite greater demands for good governance and political reform elsewhere in the world, including in Asia and in Africa.

Iran's continued, widespread persecution of ethnic minorities, human rights defenders and political prisoners is a disgrace and stands as a shameful indictment of Iran's leaders.

Labour have been listening for too long to the so-called experts who think that competition is a dirty word and that communicating facts to our children is elitist.

People feel that the EU is a one-way process, a great machine that sucks up decision-making from national parliaments to the European level until everything is decided by the EU. That needs to change.

Spending only what the country can afford, rewarding savings, encouraging independence, supporting marriage: people know that these things are common sense.

The appalling crackdown that we witnessed in Hama and other Syrian cities on 30 and 31 July only erode the regime's legitimacy and increase resentment. In the absence of an end to the senseless violence and a genuine process of political reform, we will continue to pursue further EU sanctions.

The EU should be concentrated on adapting to globalisation and global competitiveness, not building more powerful centralised institutions in Brussels.

The world is not going into concentric blocs of power. It is actually going into a diffusion of power with more centres of decision-making than ever in human civilisation. That requires you to place yourself in far more hubs of power than ever before.

To the hard-working people who set a little bit aside each month, to provide for their children, or to fund their own retirement, I say: you should be rewarded not punished.

Today further EU targeted sanctions on Syria come into force. The message is clear and unambiguous: those responsible for the repression will be singled out and held accountable.

We are making progress militarily, there is no doubt about that. You've seen the reports from Misrata, although reports of the Gaddafi forces completely pulling out of Misrata seem to be exaggerated.

We are not directly involved in Syria. But we will be working with our partners in the European Union and at the United Nations to see if we can persuade the Syrian authorities to go, as I say, more in that direction of respect for democracy and human rights.

Well, if you're looking for me to lead a normal representative life, well good luck finding a foreign secretary who'd be like that - totally dependant on the political system and has never earned any money. Then you'll get the politicians you deserve.

When a Cabinet Minister who is sacked for telling lies is re-appointed, in the face of every constitutional convention, only for the same man to be sacked again from the same Cabinet for the same offence by the same Prime Minister no wonder the public are cynical about politics.

When the Lord Chancellor violates the trust of his great office of state to solicit party donations from people whose careers he can control, and then says I'm not sorry, and I'd do it again no wonder the public think that power has gone to their heads.

You can gain in your effectiveness as a politician from a wide acquaintance with the world and from a degree of independence that having some outside interests gives.

Let's not be afraid to speak the common sense truth: you can't have high standards without good discipline.

I have found that I get a better reaction from people once I am less bothered about their reaction.

You do have to do business with and to try to influence people you don't agree with, or find disagreeable, so it's important to stress that balance.

To the teacher weighed down with paperwork, I say: you've been messed around too often. You came into teaching to spend your time teaching children not filling in forms.

Unless there is meaningful change in Syria and an end to the crackdown, President Assad and those around him will find themselves isolated internationally and discredited within Syria.

Ambition is best tempered with self-knowledge!

For the security of the UK, it matters a lot for Somalia to become a more stable place.

I don't think my principles change. I think the way in which you apply those principles to modern society changes.

I have always thought that foreign-policy idealism has to be tempered with realism.

I know people are fickle.

Very few conflicts in the history of the world have been satisfactorily concluded according to a published timetable, because you lose all flexibility in dealing with your opponents.

As far as I'm aware, everybody in the shadow cabinet accepts that there's a compelling case on climate change and a strong scientific case.

I don't deny that there are problems in the intelligence world, but I would argue that in the UK we try to uphold the highest standards in the world.

I don't think a wise thing at this moment is for Israel to launch a military attack on Iran.

I gave up lots of things I love doing: writing, and business, and playing the piano and so on.