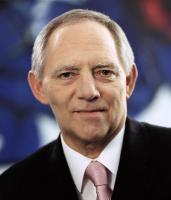 See the gallery for quotes by Wolfgang Schauble. You can to use those 8 images of quotes as a desktop wallpapers. 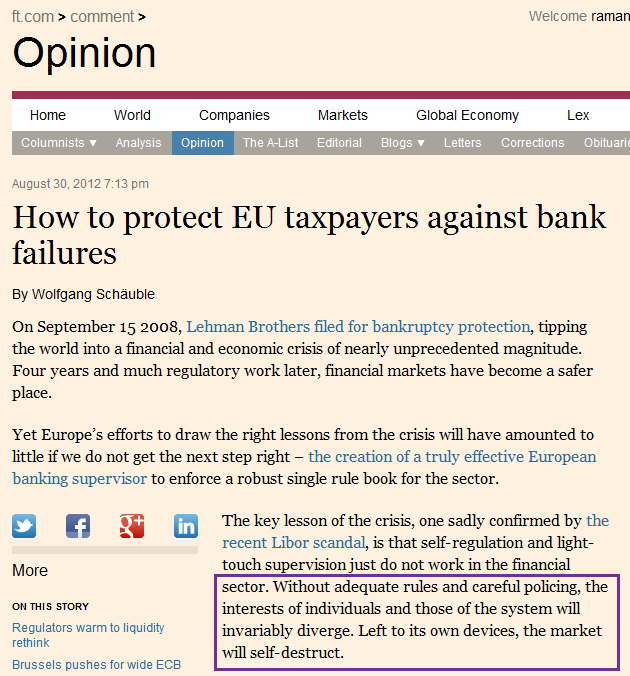 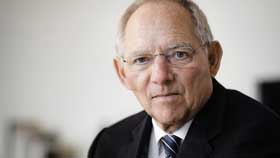 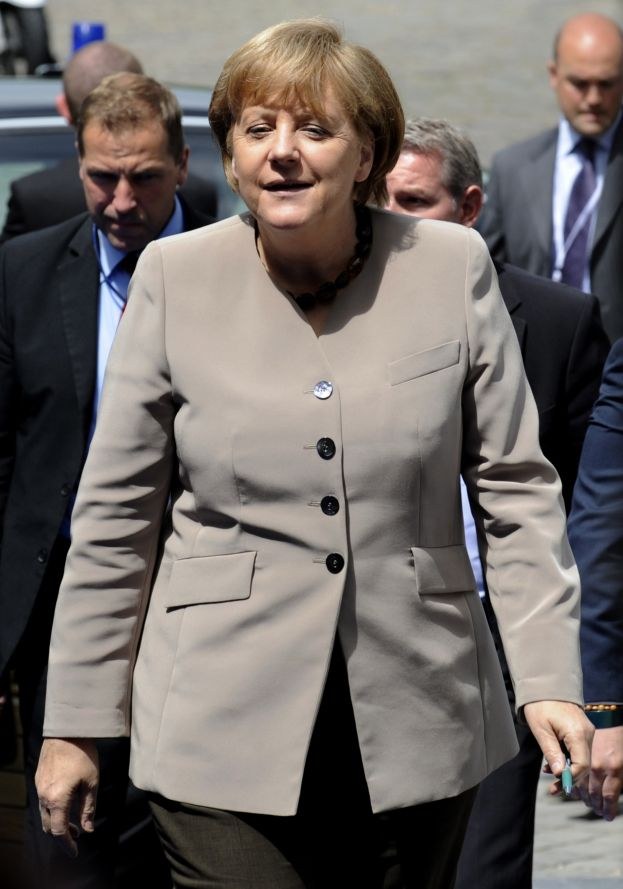 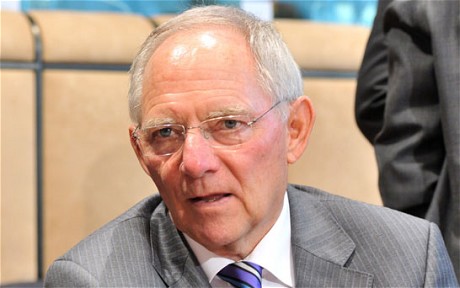 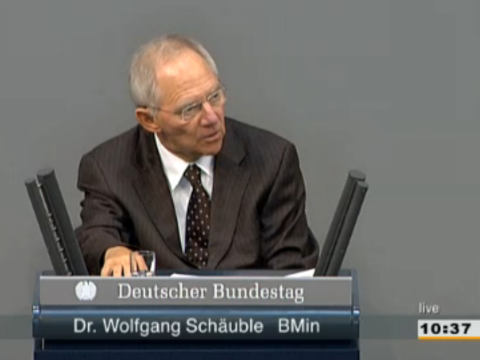 Crisis and pressure help foster change - that's why I'm not so pessimistic towards crises.

Europe should speak more effectively and clearly with one voice in the world.

Even when one is doing well, one still worries that things might go badly again in the future. This is an old observation based on human experience.

I think there will be no government bankruptcy in Greece.

I would wish for more British involvement in Europe, not less.

If you are prepared to run for public office, you also have to be willing to accept a debate about you.

Mr. Geithner is an excellent minister. We have a good personal relationship.

My private financial situation is such that I don't need to worry about my investments. I don't have much to invest.

Politics means competition, especially in senior positions. If you don't know that, you're not especially suited to politics.

The presidency of the Euro group is an interesting and important task.

We cannot allow the bankruptcy of a euro member state like Greece to turn into a second Lehman Brothers.

As a wheelchair user, you can't move about freely. That's the only thing that bothers me a little. When I'm in the Euro Group in Brussels, colleagues who want to talk to me have to come to me. But I hope they know that this has nothing to do with arrogance.

As for the role of France and Germany: French politics is often more self-confident then German politics due to the catastrophe in the first half of the last century. If Berlin and Paris don't agree, then it is difficult to make progress in Europe.

Germany has always stood for an E.U. of the 27 countries. But in light of Britain's continued resistance to further integration steps, as we saw with the fiscal pact, there are limits to my optimism in this regard. It's quite possible that we will have to create the new institutions for the euro zone first.

Greece's debts are all denominated in euros, but it isn't clear who holds how much of those debts. For that reason, the consequences of a national bankruptcy would be incalculable. Greece is just as systemically important as a major bank.

I would caution against fueling cheap populism. First of all, every German who has spent a vacation in Greece knows that the standard of living there isn't higher than it is in Germany. Second, Greece is paying a high price for European assistance.

I've been a politician long enough to know that every year will find us living in a situation that one couldn't have imagined a year previously. Sometimes it's better than we imagined, sometimes it's not as good.

If we were to have a presidential election in Europe it would be an event that would spark a huge interest in people from Lisbon to Helsinki, just like national elections. And it would create a completely different political setting in Europe.

In the long term, Germany didn't need a finance minister who was absent during important negotiations in the European Council. But the chancellor strongly encouraged me to stay. And everything did work out for the best in the end.

It is true that no member state can be required to make payments to others. But if countries want to offer voluntary assistance, as in the Greek case, this isn't only allowed, but it's also in Germany's interest. We all benefit by ensuring the stability of the euro zone.

The German export successes are not the result of some sort of currency manipulation, but of the increased competitiveness of companies. The American growth model, on the other hand, is in a deep crisis.

The United States lived on borrowed money for too long, inflating its financial sector unnecessarily and neglecting its small and mid-sized industrial companies.

There are several silver linings on the horizon. The current account deficits in Spain and Portugal are declining because they have become more competitive and they're exporting more.

This much is true: When we created the euro, it wasn't possible to create a political union along with it. People weren't ready for that. But since then, they've grown more willing to go in that direction. It's a process, one that is sometimes laborious and sometimes slow. But it's important to keep the populations involved.