See the gallery for quotes by Bill Veeck. You can to use those 6 images of quotes as a desktop wallpapers. 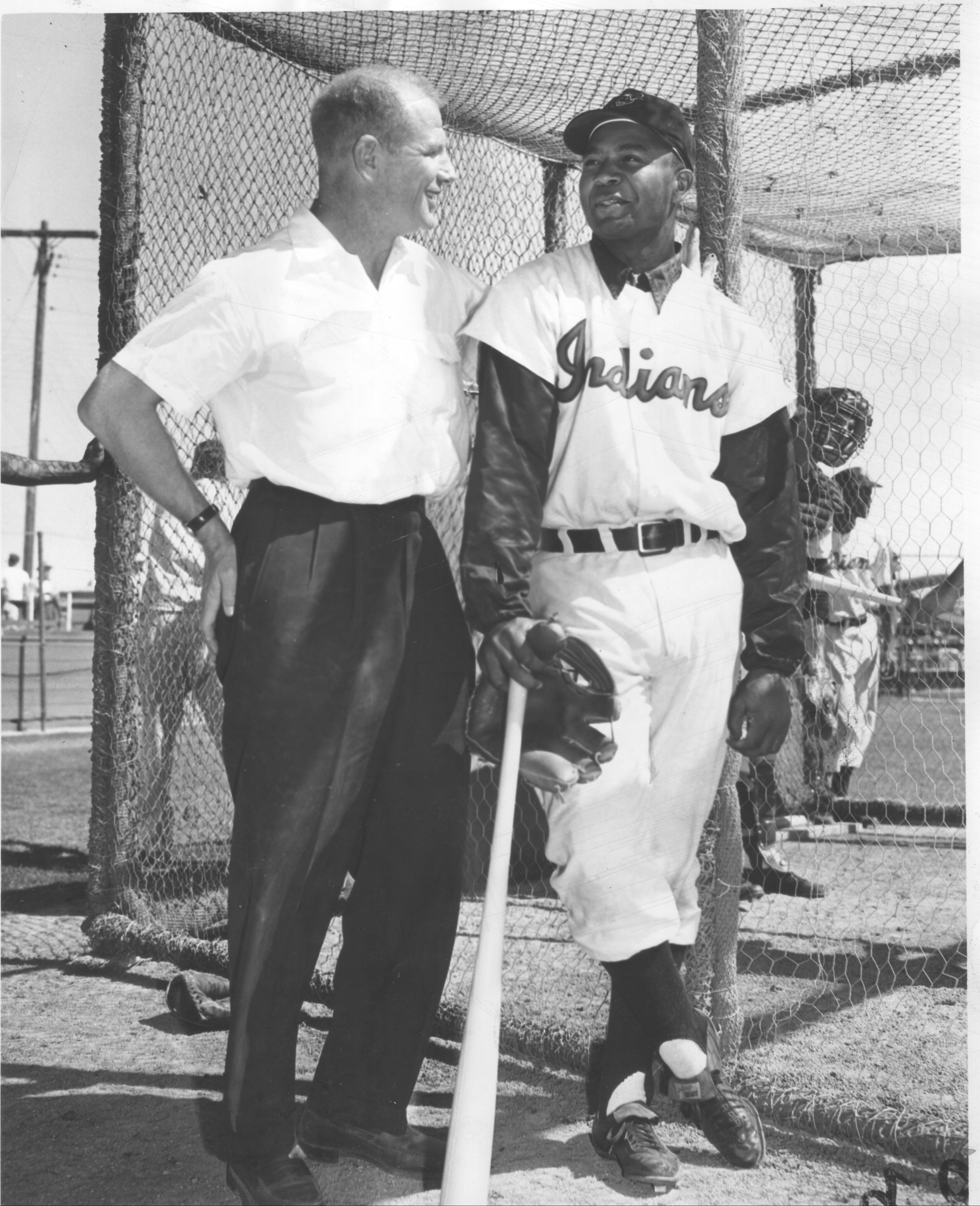 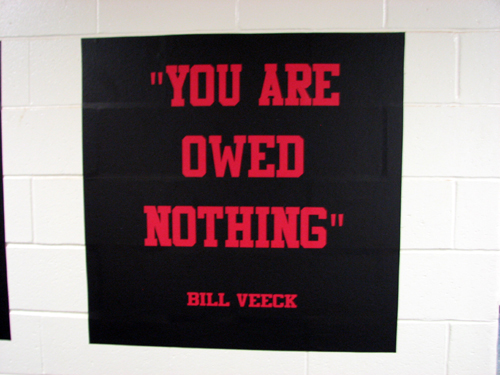 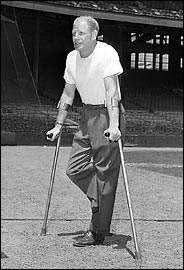 There are only two seasons - winter and Baseball.

The true harbinger of spring is not crocuses or swallows returning to Capistrano, but the sound of the bat on the ball.

Baseball is almost the only orderly thing in a very unorderly world. If you get three strikes, even the best lawyer in the world can't get you off.

I try not to break the rules but merely to test their elasticity.

Look, we play the Star Spangled Banner before every game. You want us to pay income taxes, too?

The most beautiful thing in the world is a ballpark filled with people.

Every baseball crowd, like every theatre audience, has its own distinctive attitude and atmosphere.

I have discovered in 20 years of moving around a ballpark, that the knowledge of the game is usually in inverse proportion to the price of the seats.

I try not to kid myself. You know, I don't mind romancing someone else, but to fool yourself is pretty devastating and dangerous.

After a month or so in St. Louis, we were looking around desperately for a way to draw a few people into the ball park, it being perfectly clear by that time that the ball club wasn't going to do it unaided.

I was in the game for love. After all, where else can an old-timer with one leg, who can't hear or see, live like a king while doing the only thing I wanted to do?

What can I do, I asked myself, that is so spectacular that no one will be able to say he had seen it before? The answer was perfectly obvious. I would send a midget up to bat.

Notional is a production company with the DNA of an Internet company that makes content for everything.

Viral videos aren't just about being funny. They're about identity creation.

All Internet comedy is niche comedy. If you do an Internet video about Halo, every Halo fan will send it to every other Halo fan. But if you did an episode of a network comedy that parodied Halo, most of your audience wouldn't even get it.

If you have a great idea that can translate elsewhere, then that's where the scalability comes in - and that's where you can actually start to make real money.

If you're a content brand, you have to be in every place your audience is. Sometimes your audience is on the couch and wants to watch a 30-minute show, and sometimes they're checking their Facebook feed and want to see something that's only a minute long.

On the Web you have to sum up what your piece of content is in one link or nobody is going to watch it. That's the same thing I've been hearing from TV executives - is we need a program that you can have on the side of a bus and someone can watch it go by and get what the show is and want to watch it.

Tags: Nobody, Show, Someone

Much more quotes by Bill Veeck below the page.

But of course it's always gonna be Suicide, our fingerprints, ya know? You can't ever get rid of that.

But, Eminem... No, I've loved rap for a long time, especially when it got out of its first period and became this gangsta rap, ya know this heavy rap thing? That's when I started to fall in love with it. I loved the lyrics. I loved the beat.

Every now and then you think about your life, what you would like to be, you start at Number 1 and you go down to 100. And down at the bottom, 100, was - Stage. Go figure. That would be the last thing. It terrified me, man. But I had to do it.

We played in Texas about a year ago, at Emo's, the famous country and western club in Austin. And I figured, well, if I'm finally gonna die onstage, that's where it's going to be!

I always said I was never gonna be an entertainer, Suicide was never supposed to be entertainment.

I'm showing some of my sculptures in Holland in the spring, so we'll see.

It was when I saw Iggy Pop, that's what did it for me. That changed my life pretty much.

Lately I've been listening to some classical music again, some jazz.

You're gonna laugh when I tell you this, man, but I'm starting to enjoy Eminem.

And I learned a lot from working with this kid, and I think he's gonna be a big star. Remember the name, Tim Dark, because he has something about his voice that's different from all the other rappers, even though his style is similar.

But it was great, we sit in the same dressing room where, like, Johnny Cash sat and Willie Nelson and all those guys. That was in itself something amazing - I was on the same space these guys stood on, ya know?

I did a couple songs with this hip-hop guy named Tim Dark. He was working in the same studio I've been working in, he heard my music and he said, aw man, I've got to do something with you.

I like performers who I know are for real. You can tell, man, there's an intensity about their stuff. You can tell right away they're real people, ya know?

I probably won't be able to hear it until five years from now anyway. That's when I always hear my own music. It takes five years to sit down with it after not hearing it for a couple of years.

It's easy for me to say that now, now I'm a father, I've got a four-and-a-half year old boy, I'm a different person. Well, I'm still the same person, but I'm different.

People said that way back in the early days I was probably one of the first rappers; the reason is that I couldn't sing, so I had to talk! Lou Reed was probably the one who started it all.

That's something - you laugh about Eminem... It's funny, man, because I didn't like him when he first came out, ya know. It seemed like a big joke. But I think the guy's for real, and I like his lyrics!

That's what so sad about a lot of modern music, in my opinion, so many young bands never stay around long enough to fulfill their ultimate promise. They only get halfway there or a quarter of the way there.

Usually I'm the one who does the covers. And I just said, man, it would be nice to see what somebody else could do, outside of this thing. A fresher look. And I never, in a million years, would have come up with this. Believe me!

We're just getting better at our trade, man. We know what we're doing, and the reason why is that we've spent 30 years doing it. There's nothing that can replace that.

Tags: Getting, Reason, Why