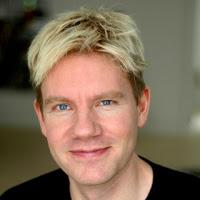 See the gallery for quotes by Bjorn Lomborg. You can to use those 8 images of quotes as a desktop wallpapers. 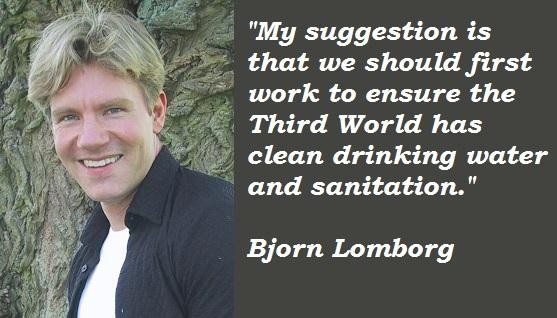 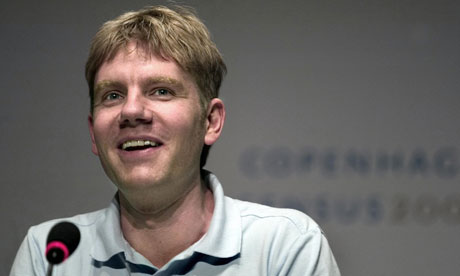 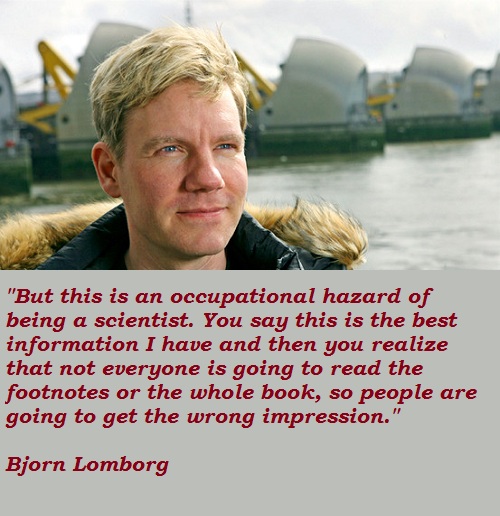 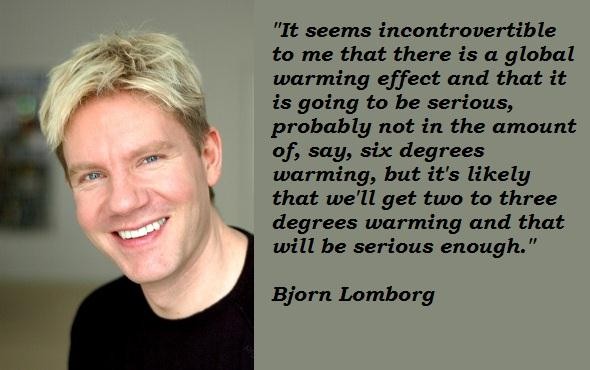 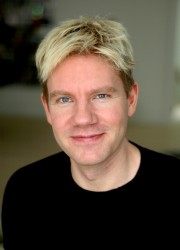 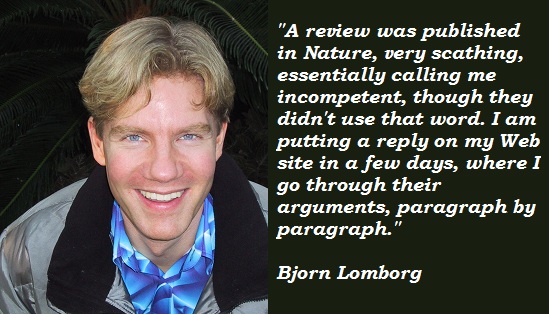 It seems incontrovertible to me that there is a global warming effect and that it is going to be serious, probably not in the amount of, say, six degrees warming, but it's likely that we'll get two to three degrees warming and that will be serious enough.

Listen, global warming is a real problem, but it' s not the end of the world. A 30-centimetre sea level rise is just not going to bring the world to a standstill, just like it didn't over the last 150 years.

Lots of people say we should fly less, heat less, and put on a sweater. But it's not going to happen. People are happy to say that for other people, but not themselves.

Money spent on carbon cuts is money we can't use for effective investments in food aid, micronutrients, HIV/AIDS prevention, health and education infrastructure, and clean water and sanitation.

The fact that we're catching more fish per person than we've ever done before doesn't mean that there are not particular places where we've managed fisheries badly.

The main environmental challenge of the 21st century is poverty. When you don't know where your next meal is coming from, it's hard to consider the environment 100 years down the line.

The obvious issue is providing clean drinking water and sanitation to every single human being on earth at the cost of little more than one year of the Kyoto treaty.

The only thing that will really change global warming in the long run is if we radically increase the speed with which we get alternative technologies to deal with climate change.

The saddest fact of climate change - and the chief reason we should be concerned about finding a proper response - is that the countries it will hit hardest are already among the poorest and most long-suffering.

The second thing is, if you want to do something about global warming, you have to think much more long-term. There is something wrong with saying we should start using renewables now, while they are still incredibly expensive.

'The Skeptical Environmentalist' was much more the idea of the scientific argument of realizing that we need to be skeptical about a lot of these stories that we hear and to put them in context.

There is no doubt that we should take solar radiation into account. We have seen ground temperatures rising since 1975, and it is important to know to what extent that has been caused by the sun or by carbon dioxide.

There is no question that global warming will have a significant impact on already existing problems such as malaria, malnutrition, and water shortages. But this doesn't mean the best way to solve them is to cut carbon emissions.

Think on a 50-year scale, which is a much more natural time-scale for global warming. The US is right now spending about 200 million dollars annually on research into renewable energy.

To prepare adequately for the challenge of global warming, we must acknowledge both the good and the bad that it will bring. If our starting point is to prove that Armageddon is on its way, we will not consider all of the evidence, and will not identify the smartest policy choices.

We have to be aware that the scientific community throws up tons of different hypotheses and at a certain point we'll find out who was right and who was wrong. But we have to go with the best information right now, which I would claim to be the IPCC reports.

We need to invest dramatically in green energy, making solar panels so cheap that everybody wants them. Nobody wanted to buy a computer in 1950, but once they got cheap, everyone bought them.

We worry about the seemingly ever-increasing number of natural catastrophes. Yet this is mainly a consequence of CNN - we see many more, but the number is roughly constant, and we manage to deal much better with them over time. Globally, the death rate from catastrophes has dropped about fifty-fold over the past century.

When a business group tells us there is nothing wrong with the environment, naturally they may have good arguments, but we are also sceptical, because we know that they have an interest in these things.

When thinking about the future, it is fashionable to be pessimistic. Yet the evidence unequivocally belies such pessimism. Over the past centuries, humanity's lot has improved dramatically - in the developed world, where it is rather obvious, but also in the developing world, where life expectancy has more than doubled in the past 100 years.

Of course, the world is full of problems. But on the other hand it's important to get the sense... are we generally moving in the right direction or the wrong direction?

I tentatively believe in a god. I was brought up in a fairly religious home. I think the world is compatible with reincarnation, karma, all that stuff.

I really try to say things as they basically are and it so happens that it is a good message that things are getting better, but there are still problems.

For the longest time in Denmark I didn't want to say what I was politically. I thought it was irrelevant.

Global warming is real - it is man-made and it is an important problem. But it is not the end of the world.

Much more quotes by Bjorn Lomborg below the page.

I'm a vegetarian, but I don't expect other people not to eat meat.

I'm an old member of Greenpeace. I worried intensely, as I think most of my friends did, that the world was coming apart.

I'm no expert on American politics.

Just because there is a problem doesn't mean that we have to solve it, if the cure is going to be more expensive than the original ailment.

My suggestion is that we should first work to ensure the Third World has clean drinking water and sanitation.

Obviously any group that has to have funding also needs to get attention to their issues.

On average, global warming is not going to harm the developing world.

So it's mainly a question of helping the Third World overcome the effects of global warming.

A review was published in Nature, very scathing, essentially calling me incompetent, though they didn't use that word. I am putting a reply on my Web site in a few days, where I go through their arguments, paragraph by paragraph.

But this is an occupational hazard of being a scientist. You say this is the best information I have and then you realize that not everyone is going to read the footnotes or the whole book, so people are going to get the wrong impression.

Even if every major government were to slap huge taxes on carbon fuels - which is not going to happen - it wouldn't do much to halt climate change any time soon. What it would do is cost us hundreds of billions - if not trillions - of dollars, because alternative energy technologies are not yet ready to take up the slack.

I found university a little dispiriting. I thought I would enter the great halls of Plato, but instead I entered the halls of an intellectual sausage factory. I wanted to do something not on the main course, and chose the environment.

I think Al Gore has done a great service in making global warming cool. He's basically taken it from a nerdy, almost ignored issue to making it what it is - namely, a problem.

I think it's great that we have organisations like Greenpeace. In a pluralistic society, we want to have people who point out all the problems that the Earth could encounter. But we need to understand that they are not presenting a full and rounded view.

If every country committed to spending 0.05 per cent of GDP on researching non-carbon-emitting energy technologies, that would cost $25 billion a year, and it would do a lot more than massive carbon cuts to fight warming and save lives.

If we invest in researching and developing energy technology, we'll do some real good in the long run, rather than just making ourselves feel good today. But climate change is not the only challenge of the 21st century, and for many other global problems we have low-cost, durable solutions.

In the rich world, the environmental situation has improved dramatically. In the United States, the most important environmental indicator, particulate air pollution, has been cut by more than half since 1955, rivers and coastal waters have dramatically improved, and forests are increasing.