See the gallery for quotes by Brian Ferneyhough. You can to use those 6 images of quotes as a desktop wallpapers. 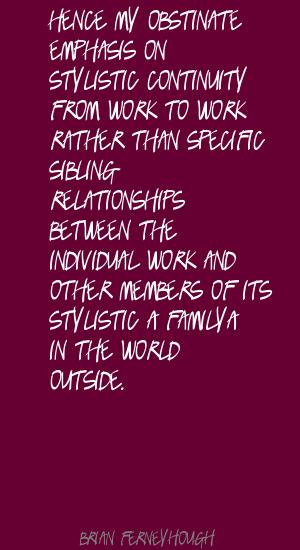 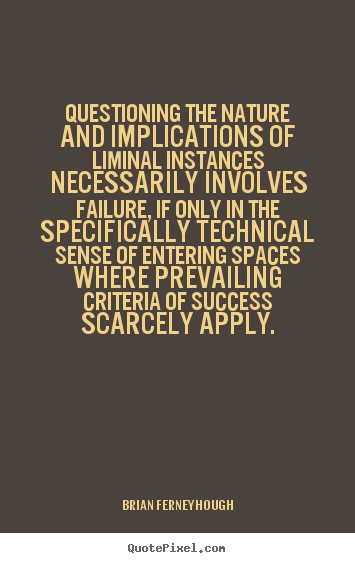 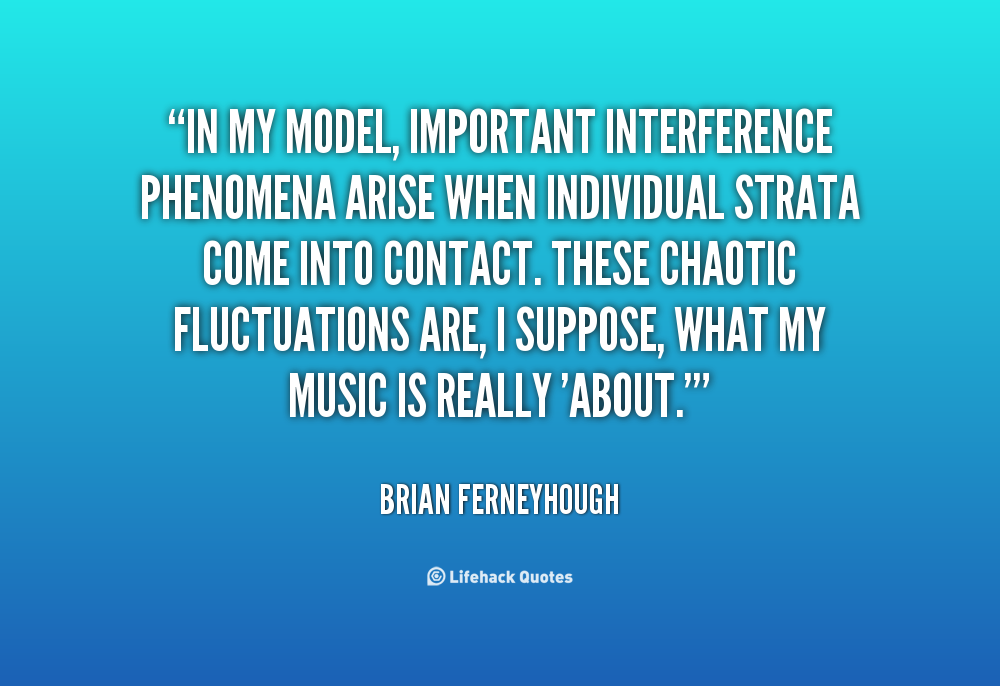 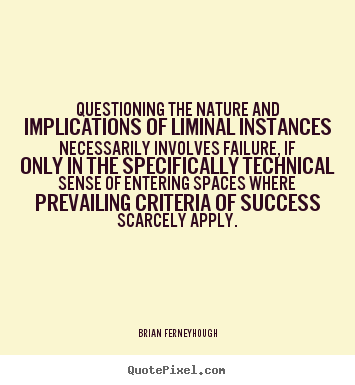 My own position is, that it is largely up to the work itself to suggest the nature of these referential points without dimensions in and through the processes by which the distance between them is maintained.

Naturally enough, I couldn't have foreseen the vast sea change which has come upon that scene as a result of German reunification and associated events.

Questioning the nature and implications of liminal instances necessarily involves failure, if only in the specifically technical sense of entering spaces where prevailing criteria of success scarcely apply.

The idea of 'machine assemblage' is, especially, very alien to my sensibility, since it suggests a relative indifference of the strata to one another during the process of construction.

Tags: Another, Idea, Since

The Western musical canon came about not merely by accumulation, but by opposition and subversion, both to the ruling powers on whom composers depended for their livelihoods and to other musics.

There would seem to be a limit, even for an art preoccupied with boundaries and transgressions, beyond which a work reaches its breaking point and becomes an actual failure, a mere experimentation.

When I speak of 'cycles,' I am referring to lengthy intervals of relative homogeneity, if not in the resolving of problems, than at least with respect to the consistency of their capacity to productively irritate.

With respect to the respective French and German traditions you are no doubt correct, although I am reluctant to see individual achievement reduced to archetypes.

Sometimes one can be so closely involved with things that the larger context is lost to view.

When I left Europe in 1987 I did so with the thought that my relevance as a composition teacher would benefit from a certain cool distance to certain tendencies I had been observing for several years with increasing disquiet.

By reason of weird translation, many such sets of instructions read like poems anyhow.

Composers dialogue - and obsessively, bitterly argue - with other composers, often over the span of several centuries.

I'm perplexed, though, by your application of the term 'negative' to my figural imagery.

In any case, the fewer boundaries that exist hindering free movement between all forms of articulate human cognition, the better.

The past nine years in San Diego have represented such a period of questioning.

This was possible only by dint of extended periods of frequently quite painful reflection and digestion.

What makes a specific quality or quantity of innovation retain its intense newness over the years?

Much more quotes by Brian Ferneyhough below the page.

Why, in such a case, should the performer essay any sort of considered approach at all?

Actually, most things I say in public lead more or less directly to my own compositional practice, so I should be careful about generalizing lest they come back to haunt me.

As a necessary prerequisite to the creation of new forms of expression one might, I suppose, argue that current sensibilities respond uniquely to the notion of exhaustion as exhaustion, although that does de facto seem rather limiting.

Certainly being in California has encouraged a sustained commitment to rethinking the nature, purposes, and relevance of the contemporary arts, specifically music, for a society which by and large seems to manage quite well without them.

Hence my obstinate emphasis on stylistic continuity from work to work rather than specific sibling relationships between the individual work and other members of its stylistic 'family' in the world outside.

I am certainly not arguing for the de facto autonomy of the individual work, even though there is much to be said for making the attempt to see it in that light as one facet of the reception process.

I don't see 'lines of force' as being destructive, except to the extent that they are exclusively traceable through observance of the path of distorted material left in their wake.

I frequently compose out the entire metric structure of a piece in modified cyclic form, where each cyclic revolution undergoes some form of 'variation' much as if measure lengths were concrete musical 'material.'

I suppose that the scope and implications of such forces have rendered my personal accounting ritual pretty much obsolete. That's how things sometimes go.

I would not say that I was, these days, a 'student' of philosophy, although in my youth I was quite deeply involved with certain aspects of the British pragmatists.

If the work of art is to continue pursuing the vision of both being in and of the world but nevertheless in some fashion being more than just one more object to the mounting clutter, this is the specific point, I think, where this must be assured.

In my model, important interference phenomena arise when individual strata come into contact. These chaotic fluctuations are, I suppose, what my music is really 'about.'

In my own recent String Trio I attempt to superimpose two quite different sets of formal strategies, both of which, ultimately, refer back to historical precedent.

Tags: Attempt, Both, Quite

It is still true that it is easier to compose a poem in the form of a manual for adjusting a VCR than it is to write a piece using just tuning as a symphony.