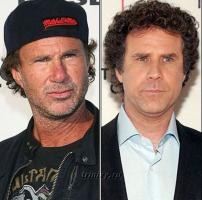 See the gallery for quotes by Chad Smith. You can to use those 7 images of quotes as a desktop wallpapers. 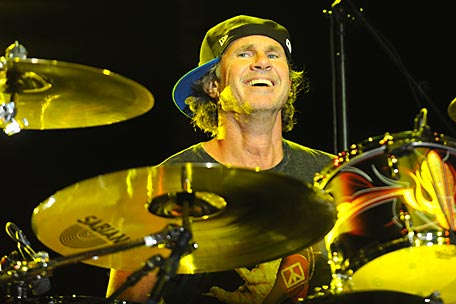 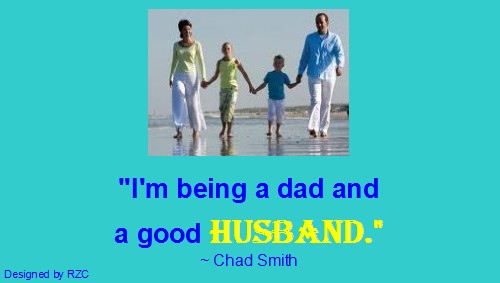 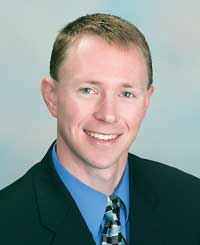 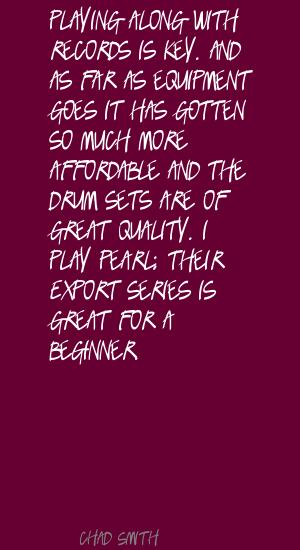 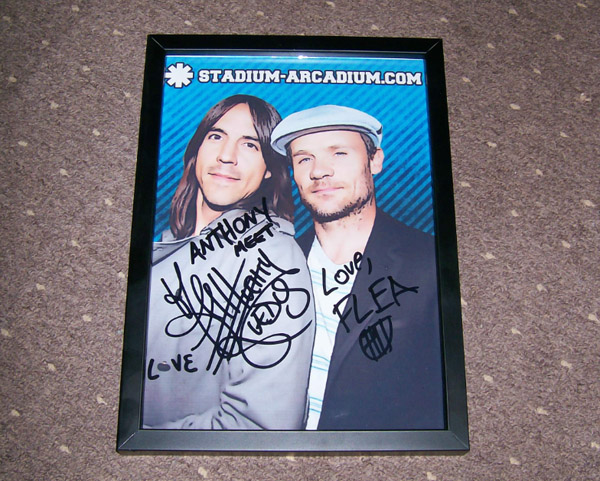 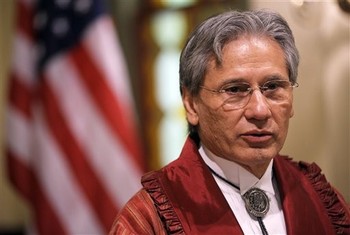 The Chili Peppers do a lot of improvising, but it's within the framework of song structures. The Meatbats is from a purely instrumental standpoint. But when you hear the term 'instrumental music' you think it's real serious stuff and everybody's playing a million notes and it's about playing fast. That's not what we do.

There's something about the rawness of the live thing, there's no rhythm guitars behind the solo, nothing other than what you hear the people playing at that moment. It's exciting, it's about the performance.

We always feel pretty creative as far as writing songs. We write them together; we just get in a room, or on occasion in Flea's garage. We just sort of improvise, like jazz musicians.

Playing well with others is important - not being too flashy, just keeping good time and of course coming up with cool beats. A good snare drum, kick drum, high hat. Just getting good at the hand feet coordination.

Edible names are what drives me as a musician. My next band will be called the Hot Dogs.

Family time is really important to me.

I just love to play and I get a chance to play with other musicians and I jump on it.

I just try to approach and serve the music in the way that I think is right for the band I'm in at the time.

I'm a little more of a lead instrument in the Meatbats.

I'm a musician. It's what I do! I wouldn't be too good at anything else.

I'm being a dad and a good husband.

In some of the L.A. clubs, people can act too cool to get into your music. That can get to be a bit much.

Jazz can be so serious, no sense of humor.

That's really the thing that got me into playing a lot - getting excited about playing along with my favorite bands like Zeppelin and Black Sabbath.

The Meatbats are a throwback band.

Drums all have their own particulars - each drum has a place where they sound the best - where they ring out and resonate the best, and the head surface isn't too loose or too tight, mainly so you get a good rebound off of the head.

For live you need a microphone for the snare and the high hat, the kick drum, a nice stereo overhead and one for the toms - you can get away with using four mikes.

Going up north with the redwoods and driving along the coast, it's got everything, man. It's got the desert, the mountains, and the ocean. It's beautiful.

I had sort of exhausted all the avenues playing in Detroit. So again, through the stewardship of my brother, I ended up in California and went to the Musicians Institute in L.A. I wanted to get better as a player.

I just played at a club in L.A. called the Baked Potato. It fits like 90 people. It's like playing somewhere in a basement in, like, Indiana or somewhere where all your friends show up. It's really fun and there's a very different energy to that than to play to 50,000 at a Tokyo baseball stadium.

I met the guys through a friend of a friend, and their former drummer had quit. I wasn't too familiar with the Chili Peppers before that, so I joined at the end of 88' and we finished recording Mother's Milk at the end of 89', next thing I know I'm in Spin with a sock.

Much more quotes by Chad Smith below the page.

I was in every band class I could get in, like after school jazz band and marching band, and that's where I really learned to read music from elementary all the way through junior high and high school.

People who come up to me are drummers or fans of the band. I don't get it too much, but I'll be somewhere and someone will have me take a picture or something.

Playing along with records is key. And as far as equipment goes it has gotten so much more affordable and the drum sets are of great quality. I play Pearl; their Export Series is great for a beginner.

Sometimes one of us will have a riff or a bass line from home but it really gels when we come together. We really have a strong special chemistry that we take advantage of when we get together.