See the gallery for quotes by David Bohm. You can to use those 8 images of quotes as a desktop wallpapers. 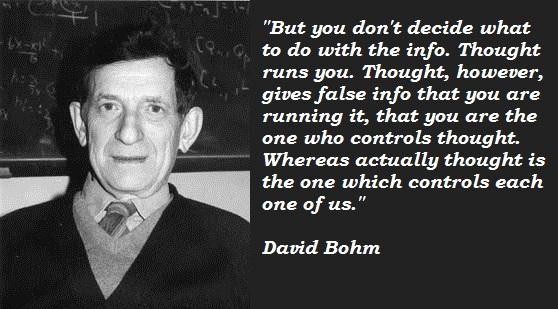 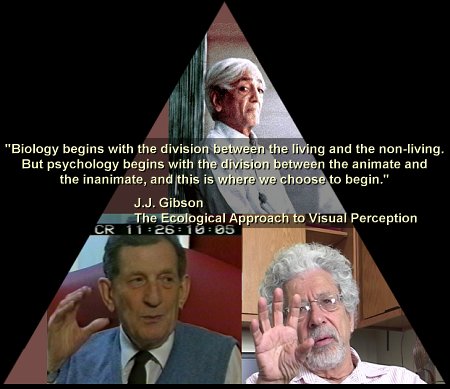 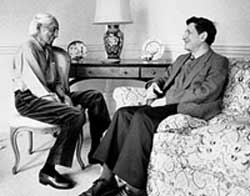 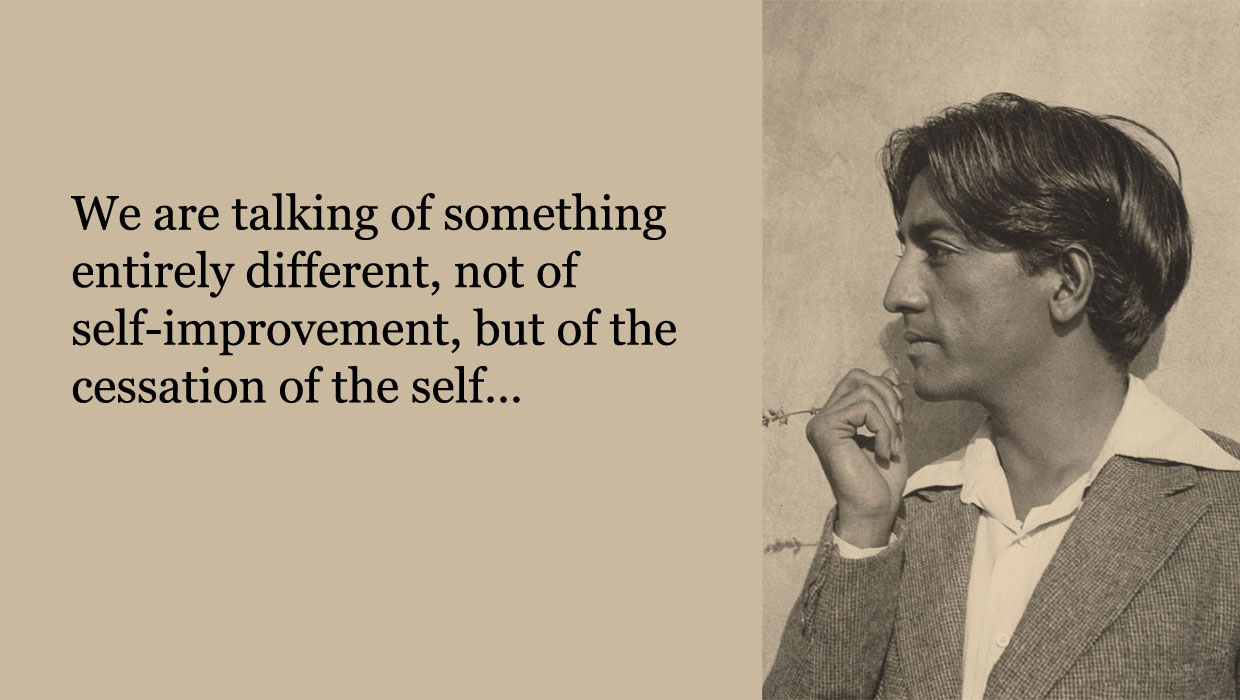 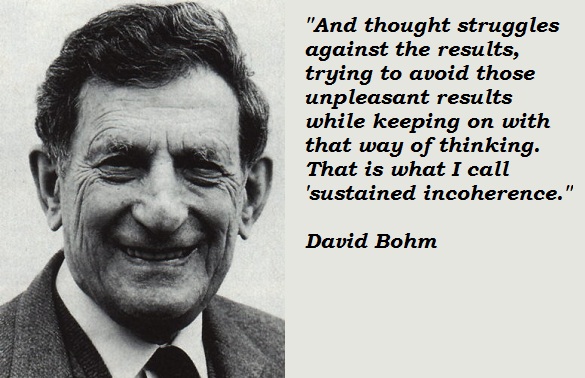 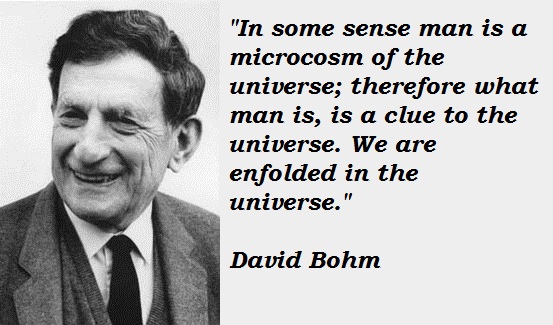 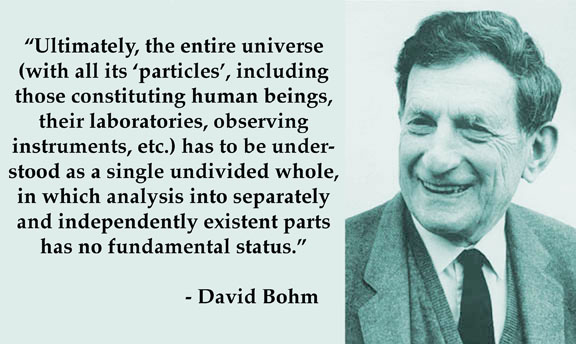 This is another major feature of thought: Thought doesn't know it is doing something and then it struggles against it is doing. It doesn't want to know that it is doing it.

Tags: Against, Another, Thought

Yet it looks as if the thing we use to solve our problems with is the source of our problems. It's like going to the doctor and having him make you ill. In fact, in 20% of medical cases we do apparently have that going on. But in the case of thought, its far over 20%.

The ability to perceive or think differently is more important than the knowledge gained.

Suppose we were able to share meanings freely without a compulsive urge to impose our view or conform to those of others and without distortion and self-deception. Would this not constitute a real revolution in culture.

Individuality is only possible if it unfolds from wholeness.

Thought is creating divisions out of itself and then saying that they are there naturally.

But you don't decide what to do with the info. Thought runs you. Thought, however, gives false info that you are running it, that you are the one who controls thought. Whereas actually thought is the one which controls each one of us.

We havent really paid much attention to thought as a process. we have engaged in thoughts, but we have only paid attention to the content, not to the process.

And thought struggles against the results, trying to avoid those unpleasant results while keeping on with that way of thinking. That is what I call 'sustained incoherence.

Then there is the further question of what is the relationship of thinking to reality. As careful attention shows, thought itself is in an actual process of movement.

This kind of overall way of thinking is not only a fertile source of new theoretical ideas: it is needed for the human mind to function in a generally harmonious way, which could in turn help to make possible an orderly and stable society.

Thought is constantly creating problems that way and then trying to solve them. But as it tries to solve them it makes it worse because it doesn't notice that it's creating them, and the more it thinks, the more problems it creates.

A new kind of mind thus beings to come into being which is based on the development of a common meaning that is constantly transforming in the process of the dialogue.

During the past few decades, modern technology, with radio, TV, air travel, and satellites, has woven a network of communication which puts each part of the world in to almost instant contact with all the other parts.

Indeed, the attempt to live according to the notion that the fragments are really separate is, in essence, what has led to the growing series of extremely urgent crises that is confronting us today.

People are no longer primarily in opposition, nor can they be said to be interacting, rather they are participating in this pool of common meaning which is capable of constant development and change.

What is the source of all this trouble? I'm saying that the source is basically in thought. Many people would think that such a statement is crazy, because thought is the one thing we have with which to solve our problems. That's part of our tradition.

Yet, in spite of this world-wide system of linkages, there is, at this very moment, a general feeling that communication is breaking down everywhere, on an unparalleled scale.

Thought has been constantly evolving and we can't say when that system began.

But the way people commonly use the word nowadays it means something all of whose parts are mutually interdependent - not only for their mutual action, but for their meaning and for their existence.

My suggestion is that at each state the proper order of operation of the mind requires an overall grasp of what is generally known, not only in formal logical, mathematical terms, but also intuitively, in images, feelings, poetic usage of language, etc.

One thus sees that a new kind of theory is needed which drops these basic commitments and at most recovers some essential features of the older theories as abstract forms derived from a deeper reality in which what prevails in unbroken wholeness.

Much more quotes by David Bohm below the page.

So one begins to wonder what is going to happen to the human race. Technology keeps on advancing with greater and greater power, either for good or for destruction.