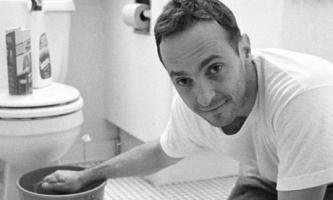 See the gallery for quotes by David Sedaris. You can to use those 8 images of quotes as a desktop wallpapers. 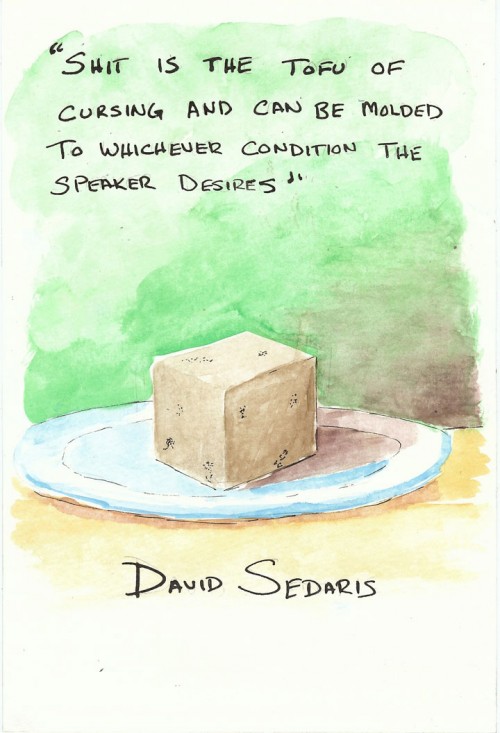 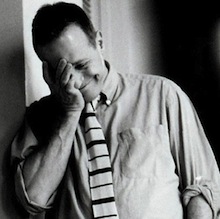 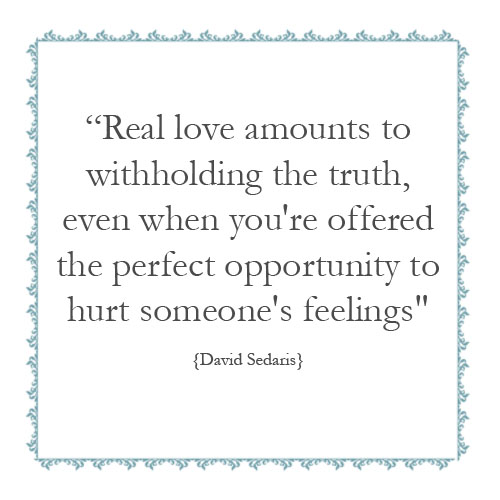 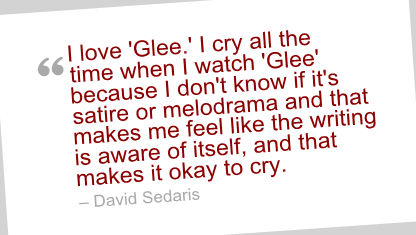 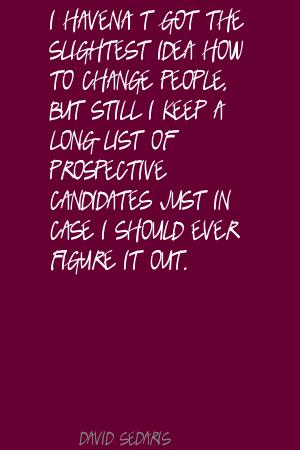 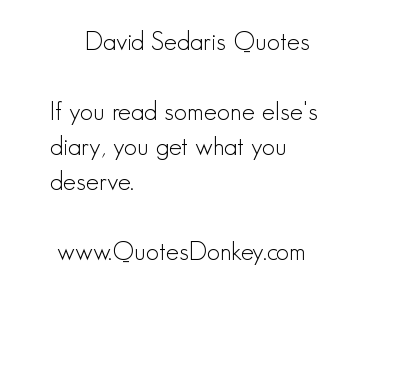 I don't think my life is more interesting than anybody else's.

Tags: Anybody, Else, Life

I felt uncomfortable calling myself a writer until I started with 'The New Yorker,' and then I was like, 'Okay, now you can call yourself that.'

Tags: Started, Until, Yourself

I go to the movies at least five times a week, and after a while everything becomes a blur to me.

I just enjoy lying on the couch and reading a magazine.

I like books on tape, and will listen to just about anything.

I like listening to books as well, as that way you can iron at the same time.

I meet people at book signings. My record now, for signing, is ten and a half hours in one sitting.

I sometimes read books on my iPad.

I tend to show everything I do to my family, to check they won't be offended.

I think it's important to take chances.

I went from having 50 listeners to 50 million listeners.

I'm not a reporter but the 'New Yorker' treats everyone like a reporter.

I've always been very upfront about the way I write, and I've always used the tools humorists use, such as exaggeration.

If you read somebody's diary, you get what you deserve.

Lovers of audio books learn to live with compromise.

No one writes dialect better than Flannery O'Connor. No one should even try.

Sometimes I say to myself, 'Oh, I wish I could win a Tony Award', although I'm not that bothered.

The humor section is the last place an author wants to be. They put your stuff next to collections of Cathy cartoons.

The only real advice you can give anyone is to keep writing.

There are lots of things that happen to me that I don't write about.

To say that a humorist exaggerates to get big laughs, I don't see how that's big news.

When I look at a lot of older stuff that I've written, I think one sign of amateur humor writing is when you see people trying too hard.

When you read comic material and people aren't laughing how do you know they're listening.

I started writing one afternoon when I was twenty, and ever since then I have written every day. At first I had to force myself. Then it became part of my identity, and I did it without thinking.

I cry all the time when I watch 'Glee' because I don't know if it's satire or melodrama and that makes me feel like the writing is aware of itself, and that makes it OK to cry.

Much more quotes by David Sedaris below the page.

I just think that the people who say: 'That's not true' when someone tells a story at dinner are the people who didn't get any laughs when they told their story.

I love 'Glee.' I cry all the time when I watch 'Glee' because I don't know if it's satire or melodrama and that makes me feel like the writing is aware of itself, and that makes it okay to cry.

I love getting attention, just like a child loves it, and it's never worn off. So when people say, oh the book signings go on, why would I shoo away someone who's giving me attention? What part of standing in line for 10 hours to say how much they love you is bad to you?

I've never gone on Facebook and am not sure I understand it. The same goes for Twitter. I have someone sending tweets and pretending to be me, but I don't know why.

Tags: Someone, Understand, Why

My sister Tiffany told me years ago, 'You can never write about me.' Then she called six months ago and said she wanted to be in a story. She was worried people thought I didn't like her.

People ask if I miss it, but they don't understand that American culture is so ubiquitous that there's nothing to miss. I don't see myself moving back. It's not that I hate the United States. I just always thought it would be a shame not to live in a foreign country.

They were nothing like the French people I had imagined. If anything, they were too kind, too generous and too knowledgable in the fields of plumbing and electricity.

It's odd the things that people remember. Parents will arrange a birthday party, certain it will stick in your mind forever. You'll have a nice time, then two years later you'll be like, 'There was a pony there? Really? And a clown with one leg?'

I haven't got the slightest idea how to change people, but still I keep a long list of prospective candidates just in case I should ever figure it out.

After a few months in my parents' basement, I took an apartment near the state university, where I discovered both crystal methamphetamine and conceptual art. Either one of these things are dangerous, but in combination they have the potential to destroy entire civilizations.

My family isn't really all that different from anyone else's. Well, maybe they're a bit more entertaining.

Tags: Anyone, Else, Family

Sometimes with 'The New Yorker,' they have grammar rules that just don't feel right in my mouth.

But I don't distinguish between being laughed with, and laughed at. I'll take either.

Tags: Between, Either, Laughed

I've been keeping a diary for thirty-three years and write in it every morning. Most of it's just whining, but every so often there'll be something I can use later: a joke, a description, a quote. It's an invaluable aid when it comes to winning arguments. 'That's not what you said on February 3, 1996,' I'll say to someone.

I guess my guilty pleasure would be listening to the British audio versions of the 'Harry Potter' books.

I love things made out of animals. It's just so funny to think of someone saying, 'I need a letter opener. I guess I'll have to kill a deer.

What other people call dark and despairing, I call funny.

I don't have email.

I like nonfiction books about people with wretched lives.

I started writing when I was twenty, and my first book came out seventeen years later.

I've been keeping diaries for 27 years.

If I'm riding my bike I just replay the same scenarios over and over in my head, like I haven't had a new mental adventure since high school. So that's what I like about books on tape, so my mind can't wander anywhere.

Actually I liked that 'Let the Right One In,' that Swedish vampire movie.

Also, I used to think that one day I might get someone to iron my shirts, but the truth is I really like doing them myself.

As a foreigner in London, I like that there are so many other foreigners.

Because I've always been a fairly nervous person.

But I'm a humorist. I'm not a reporter, I never pretended to be a reporter.

But most good movies have a gun in them.

Do I exaggerate? Boy, do I, and I'd do it more if I could get away with it.

I always knew I wanted it to be illustrated.

I don't like being left to my own thoughts.