See the gallery for quotes by Derek Jacobi. You can to use those 7 images of quotes as a desktop wallpapers. 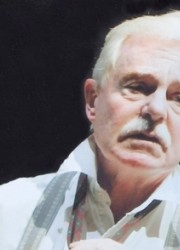 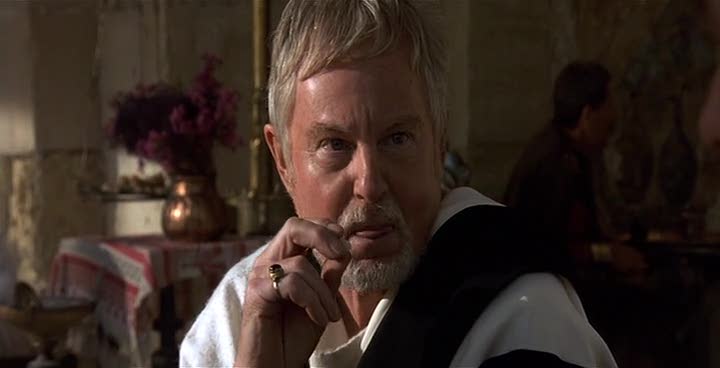 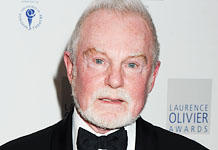 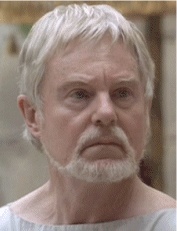 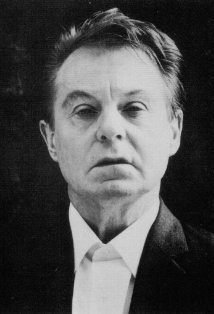 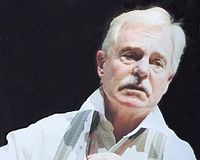 Knowing that we were doing good work and the stories were good. They were original and charming. They weren't particularly violent or sexy or any of that. They were just unique and that had a good feel to it.

My first course came and I put down my book, and I just happened to put up my hand to scratch my head and discovered that my toupee had been blown by the wind and was folded over backwards on the top of my head!

Sir Larry could be very strict and a disciplinarian, too. He had many faces; he wore many hats. But, ultimately, he loved the theater and he loved actors.

They were totally supportive, always saw everything I did. One of the thrills of my life was when they went to the theater to see something that I wasn't in. It opened doors for them that otherwise would have been totally closed.

Ultimately it's a leap of faith and a leap of imagination to put yourself back in time into those conditions and situations and see how you would react.

We started filming in 1993 which was only four years after the fall of communism. The difference in Budapest over the last five years has been remarkable.

You have to pretend to live in those clothes that they lived in, to live within the climate that they had then. You have to imagine with the help, obviously, of all the other technicians that are around - the writer, the director, the other actors.

There's never been any game plan or thread through my career. It's just happened that I've ricocheted from one interesting character to another.

I don't think he's permanently affected me except in the sense that I miss him. I miss being him. Or trying to be him. He is one of a gallery of characters that have had an impact on my career and therefore my life.

Real-life people are often the hardest to play, people that you recreate who have actually lived, because you have to live up to people's knowledge of those characters.

Actors, I don't think, ever really grow up. I'm hoping that that rejuvenating process applies to me, too. It has so far. I've been very lucky.

I never lose that terror of 'this is my last job, I'll never work again.' You can never relax and rely on whatever reputation you've built.

I think that each character has fascinated and interested me enough to want to play him.

Ellis Peters's historical detail is very accurate and very minute, and therefore is not only interesting to read but good for an actor to acquire a sense of the period. And the other thing I think is that an actor lives in the land of imagination.

Much more quotes by Derek Jacobi below the page.

He was somebody who made me think, I suppose, about the contemplative life. I've always been a city fellow, but I've often had vague thoughts about 'checking out' and perhaps going into a monastery and just seeing what it was like.

I had to think long and hard about what it would imply, what it would mean. Would it mean any alterations of one's lifestyle? Or, more than that, the way that people regarded you? The way they reacted to you if you had a Sir in front of your name?

I shall miss all the people in it and the great fun we had doing it. I enjoyed playing the character very much. It was a very, very special character and a very special series. And the camaraderie of it all. I loved it.

I think actors always retain one foot in the cradle. We're switched on to our youth, to our childhood. We have to be because we're in the business of transferring emotions to other people.

I think my parents were happy that I'd gone to university and gotten a degree in history so they thought, 'Well if acting doesn't work for him, he can always become a history teacher or something.' Fortunately, the acting worked out.

I truly don't know why it was ended, though. It was suddenly decided that that would be it. They never said particularly why, because they were cut off in their prime.

Tags: Off, Said, Why

I'd gone into that restaurant and sat down and the waitress had taken my order and everybody else had seen me with this what must have looked like this creature, this animal, sitting on the top of my head!

Tags: Else, Everybody, Order

I'm always conscious of the fact that I am part of a profession that is 80% permanently unemployed. So, to be working in any sense is to be privileged.

I've been a professional actor now for 38 years. A long time. And it's wonderful to earn your living doing something that you love. To think people actually give you money for it!

It was never physically dangerous except when I nearly fell off a horse, but it was physically arduous - especially when you were working late at night.

It's often difficult to slough off all that we've acquired, all the comforts and safety nets modern life provides for us, and realize that in those days, people were living very much on the edge - life was incredibly hard!

It's too hard a life for me. I could only do it - check out in that sense - if I checked out somewhere that was luxurious and within hailing distance of civilization.