See the gallery for quotes by Dora Russell. You can to use those 7 images of quotes as a desktop wallpapers. 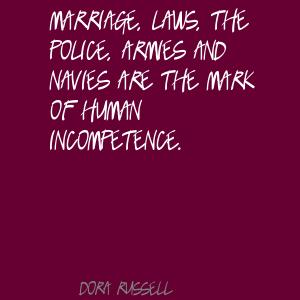 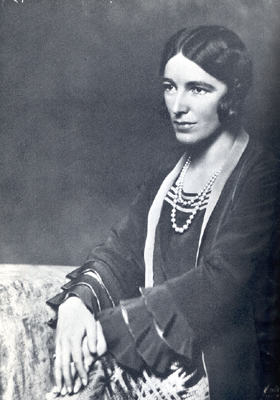 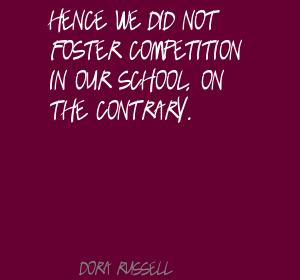 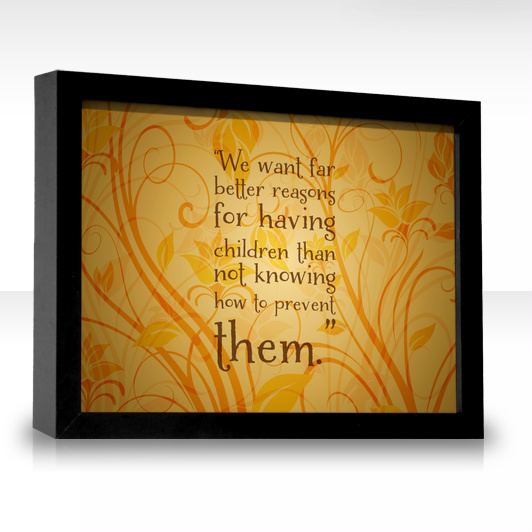 Marriage, laws, the police, armies and navies are the mark of human incompetence.

Hence we did not foster competition in our school, on the contrary.

If an adult uses violence on a child, the child will naturally assume that he too, has the right to use it on one smaller or weaker.

Measures of self-government and a school council, especially for such young children, were a great innovation.

We have heeded no wisdom offering guidance.

We have never yet had a labor Government that knew what taking power really means; they always act like second-class citizens.

We want better reasons for having children than not knowing how to prevent them.

Democracy can only spring from practising it early, and democratic action was not to expected from young people brought up under a close authoritarian system.

Following the rise of the Labour Party it seemed reasonable, in 1927, to expect, or at least hope, that co-operation for the common good might gradually replace the competitiveness of capitalism.

Marie Stopes had established the first birth control clinic in Britain; the whole question of informing women, especially those who were poor, about methods of contraception, began to be discussed.

The report of this made me exceedingly angry, for I could not see why information which a middle-class woman could get from her doctor should be withheld from a poorer woman who might need it far more.

You could not receive a young man in your room; you might be permitted to have him to tea in one of the public reception rooms, but you could accept no invitation from young men to tea or other entertainment without a chaperone from the College. 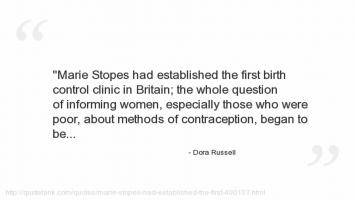 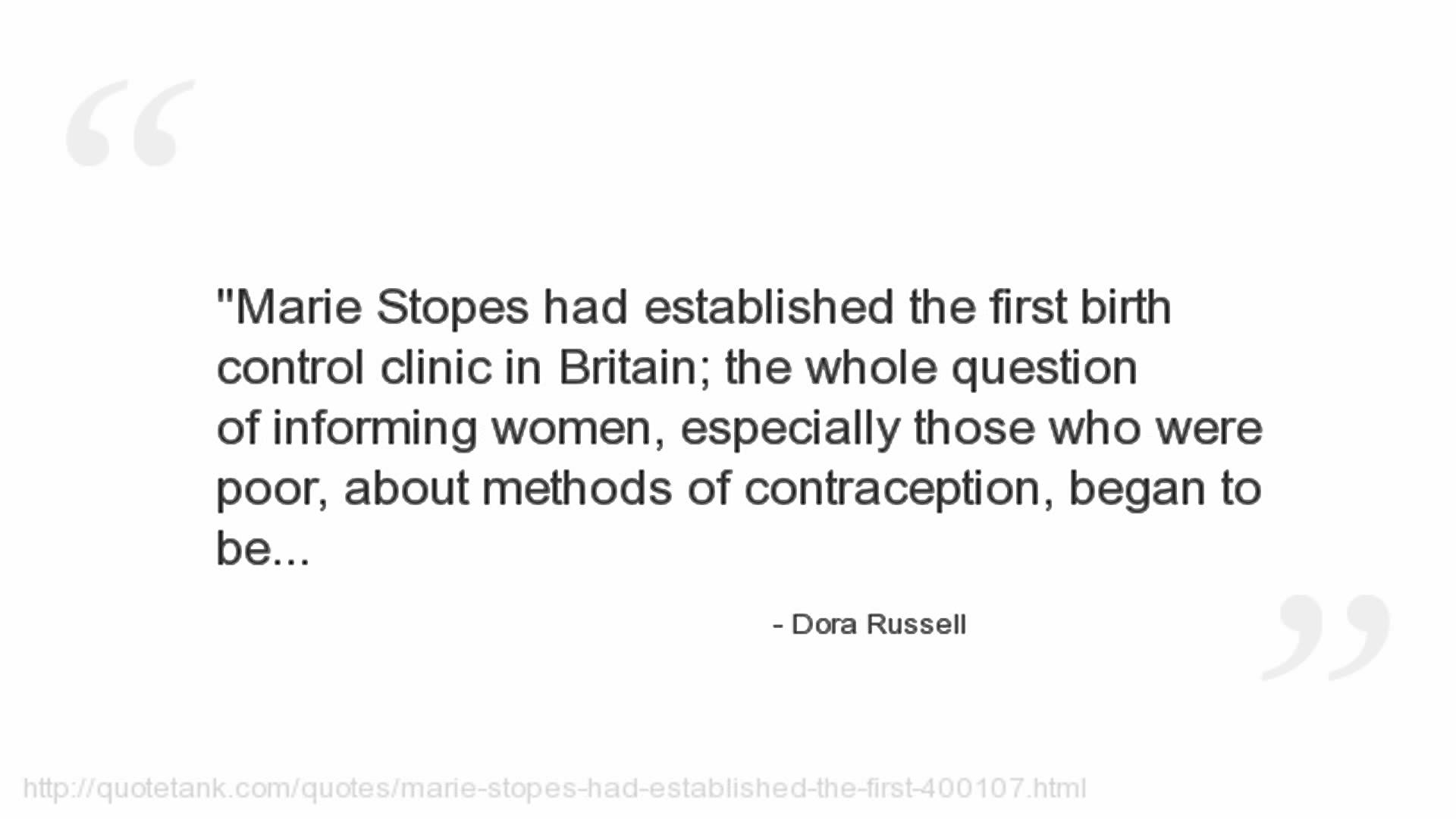