See the gallery for quotes by Douglass North. You can to use those 8 images of quotes as a desktop wallpapers. 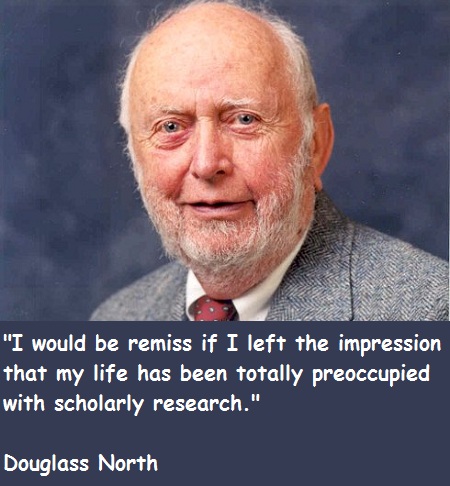 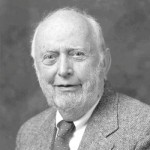 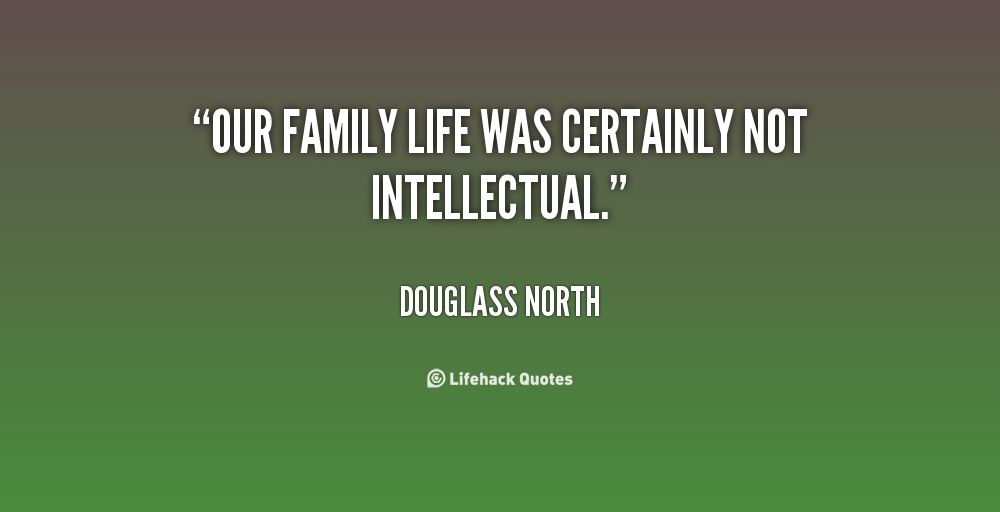 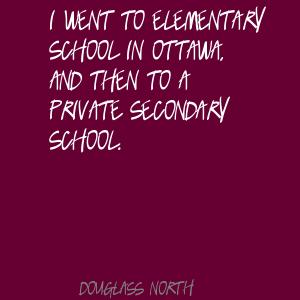 I learned to fly an airplane, and had my own airplane during the 1960s.

I went to elementary school in Ottawa, and then to a private secondary school.

I would be remiss if I left the impression that my life has been totally preoccupied with scholarly research.

My brother and sister are both older than I am and were born before my father went off to World War I.

My record at the University of California as an undergraduate was mediocre to say the best.

Our family life was certainly not intellectual.

I continue to be a photographer; I have enjoyed fishing and hunting with a close friend; and have owned two ranches, first in northern California and then in the state of Washington.

I had hoped to go to law school, but the war started, and because of the strong feeling that I did not want to kill anybody, I joined the Merchant Marine when I graduated from Berkeley.

I was opposed to World War II, and indeed on June 22, 1941 when Hitler invaded the Soviet Union I suddenly found myself the lone supporter of peace since everybody else had, because of their communist beliefs, shifted over to become supporters of the war.

I went back to graduate school with the clear intention that what I wanted to do with my life was to improve societies, and the way to do that was to find out what made economies work the way they did or fail to work.

In 1972 I married again, to Elisabeth Case; she continues to be wife, companion, critic and editor: a partner in the projects and programs that we undertake.

It was not until I got my first job, at the University of Washington in Seattle, and began playing chess with Don Gordon, a brilliant young theorist, that I learned economic theory.

My early work and publications centered around expanding on the analysis of life insurance in my dissertation and its relationship to investment banking.

My wife and I now live in the summers in northern Michigan in an environment which is wonderfully conducive to research, and where most of my work in the last 15 years has been done.

The development of a political-economic framework to explore long-run institutional change occupied me during all of the 1980s and led to the publication of Institutions, Institutional Change and Economic Performance in 1990.

What the war did was give me the opportunity of three years of continuous reading, and it was in the course of reading that I became convinced that I should become an economist.

When it came time to go to college, I had been accepted for Harvard when my father was offered the position of head of the Metropolitan Life Insurance Company office on the west coast, and we moved to San Francisco.

While I was there I became deeply interested in photography, and indeed the most noteworthy event in my early life was winning first, third, fourth and seventh prizes in an international competition for college and high school students.