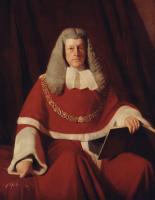 See the gallery for quotes by Frederick Pollock. You can to use those 8 images of quotes as a desktop wallpapers. 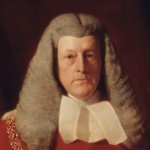 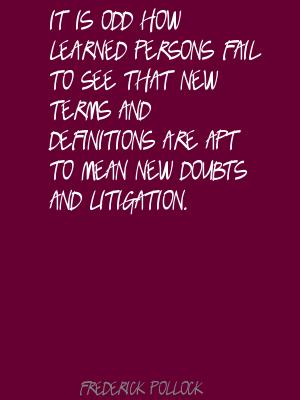 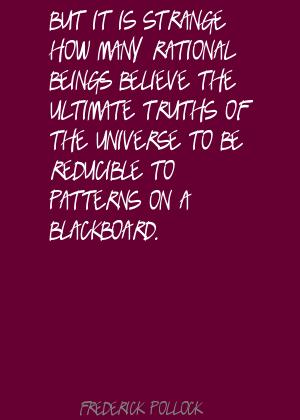 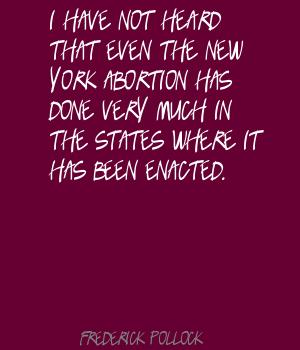 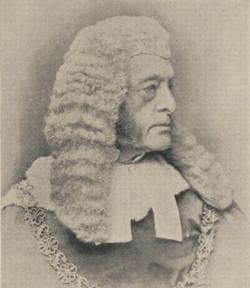 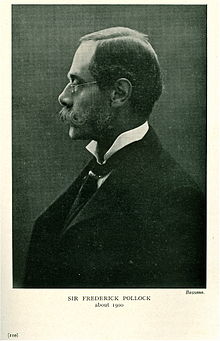 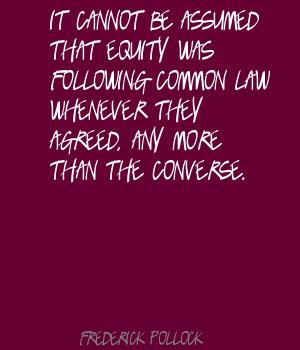 It is odd how learned persons fail to see that new terms and definitions are apt to mean new doubts and litigation.

Medieval justice was a quaint thing.

But it is strange how many rational beings believe the ultimate truths of the universe to be reducible to patterns on a blackboard.

Crabbed and obscure definitions are of no use beyond a narrow circle of students, of whom probably every one has a pet one of his own.

I have not heard that even the New York abortion has done very much in the States where it has been enacted.

It cannot be assumed that equity was following common law whenever they agreed, any more than the converse.

It is strange how little harm bad codes do.

Our lady the Common Law is a very wise old lady though she still has something to learn in telling what she knows.

So far I go with the Socialists as to think it a pretty general rule that, where monopoly is necessary, it is better in public hands.

The lawyer has not reached the height of his vocation who does not find therein... scope for a peculiar but genuine artistic function.

The oldest theory of contract is I think negative.

The practice of the law is a perfectly distinct art.

Yet when one suspects that a man knows something about life that one hasn't heard before one is uneasy until one has found out what he has to say.

Consider the Essay as a political pamphlet on the Revolution side, and the fact that it was the Whig gospel for a century, and you will see its working merit.

Have you ever found any logical reason why mutual promises are sufficient consideration for one another (like the two lean horses of a Calcutta hack who can only just stand together)? I have not.

Tags: Another, Together, Why

If you deny that any principles of conduct at all are common to and admitted by all men who try to behave reasonably - well, I don't see how you can have any ethics or any ethical background for law.

Not that pleading can be taken as a test, for the forms of action, notably Debt, ignore the fundamental difference between duties imposed by law and duties created by the will of the parties.