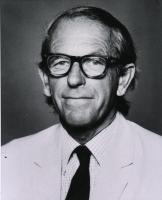 See the gallery for quotes by Frederick Sanger. You can to use those 8 images of quotes as a desktop wallpapers. 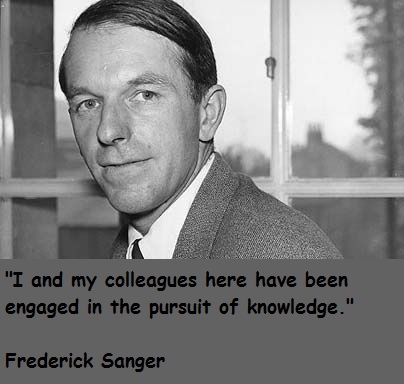 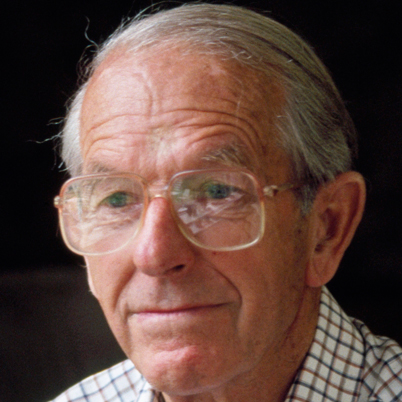 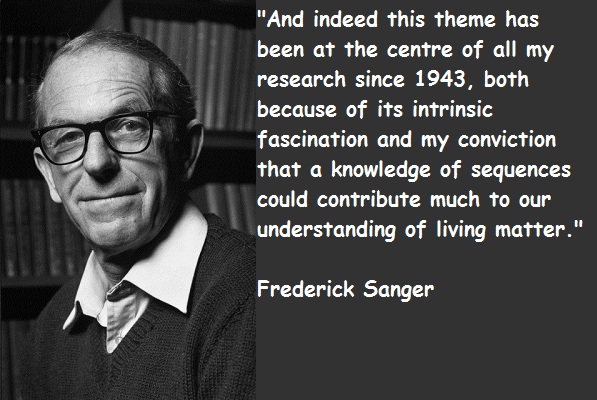 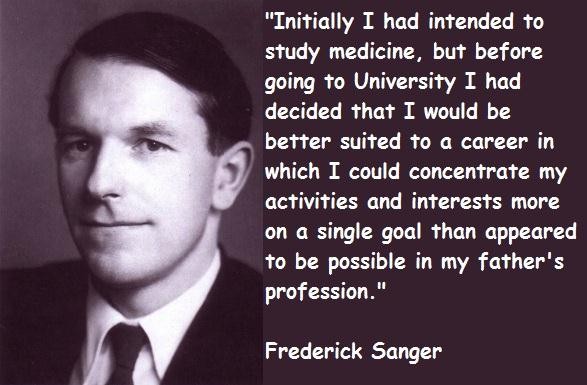 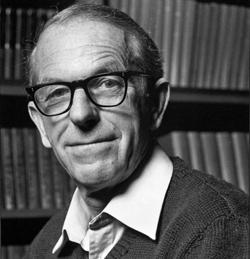 It is like a voyage of discovery into unknown lands, seeking not for new territory but for new knowledge. It should appeal to those with a good sense of adventure.

I believe that we have been doing this not primarily to achieve riches or even honour, but rather because we were interested in the work, enjoyed doing it and felt very strongly that it was worthwhile.

I and my colleagues here have been engaged in the pursuit of knowledge.

In this atmosphere I soon became interested in nucleic acids.

It was Neuberger who first taught me how to do research, both technically and as a way of life, and I owe much to him.

Tags: Both, Him, Life

Scientific research is one of the most exciting and rewarding of occupations.

Until 1943 I received no stipend. I was able to support myself as my mother was the daughter of a relatively wealthy cotton manufacturer.

After taking my B.A. degree in 1939 I remained at the University for a further year to take an advanced course in Biochemistry, and surprised myself and my teachers by obtaining a first class examination result.

And indeed this theme has been at the centre of all my research since 1943, both because of its intrinsic fascination and my conviction that a knowledge of sequences could contribute much to our understanding of living matter.

I was married to Margaret Joan Howe in 1940. Although not a scientist herself she has contributed more to my work than anyone else by providing a peaceful and happy home.

Influenced by him, and probably even more so by my brother Theodore (a year older than me), I soon became interested in biology and developed a respect for the importance of science and the scientific method.

Initially I had intended to study medicine, but before going to University I had decided that I would be better suited to a career in which I could concentrate my activities and interests more on a single goal than appeared to be possible in my father's profession.

Through art and science in their broadest senses it is possible to make a permanent contribution towards the improvement and enrichment of human life and it is these pursuits that we students are engaged in.

When I was young my Father used to tell me that the two most worthwhile pursuits in life were the pursuit of truth and of beauty and I believe that Alfred Nobel must have felt much the same when he gave these prizes for literature and the sciences.