See the gallery for quotes by George C. Williams. You can to use those 8 images of quotes as a desktop wallpapers. 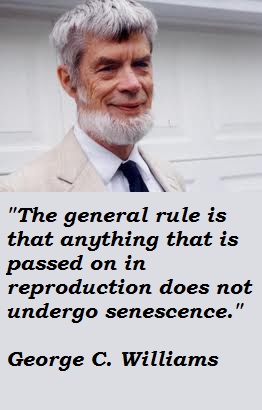 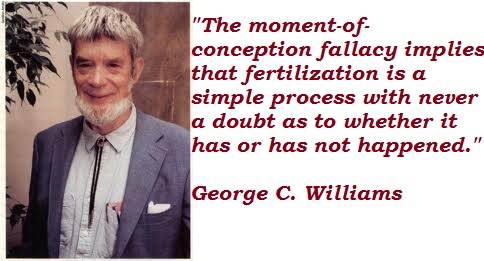 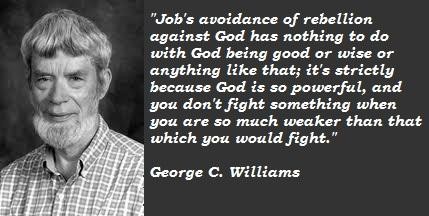 Job's avoidance of rebellion against God has nothing to do with God being good or wise or anything like that; it's strictly because God is so powerful, and you don't fight something when you are so much weaker than that which you would fight.

Many traditional religions foster attitudes that ought to have disappeared as biological understanding accumulated over the last century.

I am convinced that it is the light and the way.

Most evolving lineages, human or otherwise, when threatened with extinction, don't do anything special to avoid it.

The general rule is that anything that is passed on in reproduction does not undergo senescence.

The moment-of-conception fallacy implies that fertilization is a simple process with never a doubt as to whether it has or has not happened.

The only realistic view is that a human life arises gradually, which is not much help in making personal decisions or devising public policy.

Darwin based his theory on generalizations that were strictly empirical. You can go out and see that organisms do vary, that variations are inherited, and that every organism is capable of increasing its numbers in sufficiently favorable circumstances. 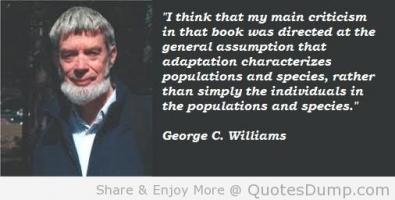 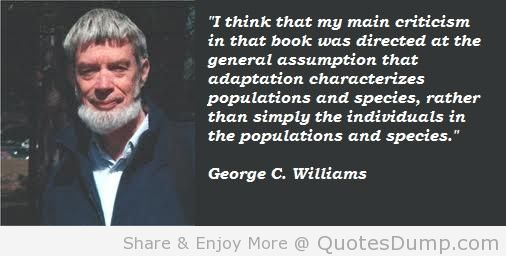 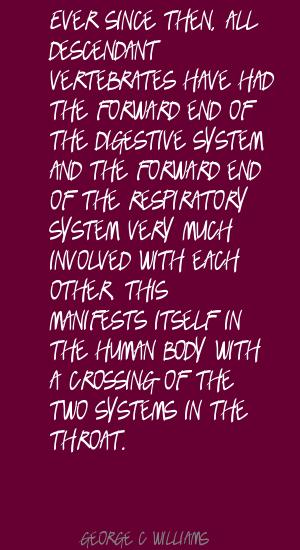