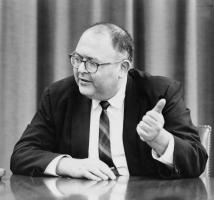 See the gallery for quotes by Herman Kahn. You can to use those 8 images of quotes as a desktop wallpapers. 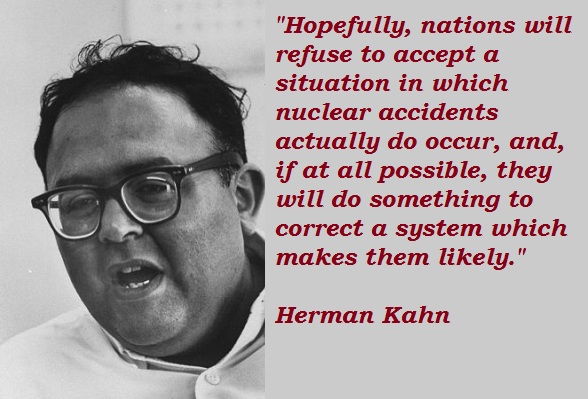 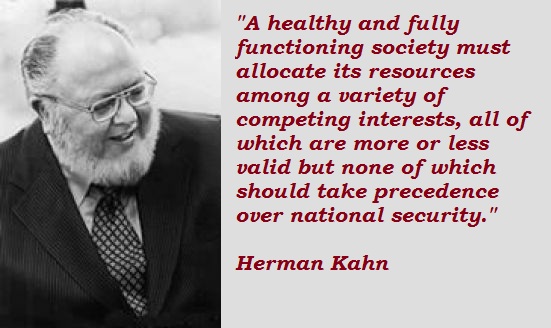 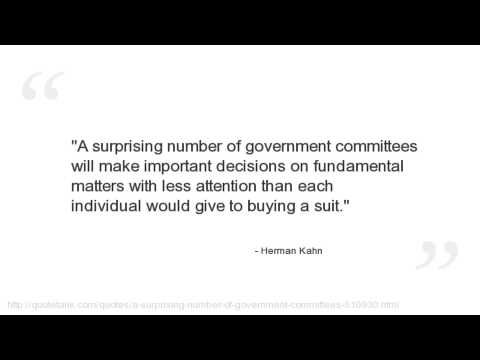 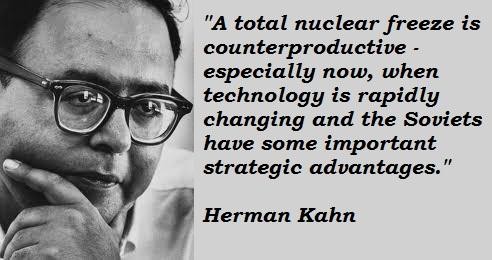 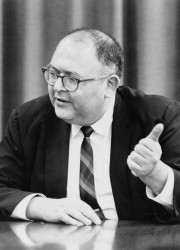 A surprising number of government committees will make important decisions on fundamental matters with less attention than each individual would give to buying a suit.

Because of new technologies, new wealth, new conditions of domestic life and of international relations, unprecedented criteria and issues are coming up for national decision.

Much more quotes by Herman Kahn below the page.

Hopefully, nations will refuse to accept a situation in which nuclear accidents actually do occur, and, if at all possible, they will do something to correct a system which makes them likely.

In 1960 I published a book that attempted to direct attention to the possibility of a thermonuclear war, to ways of reducing the likelihood of such a war, and to methods for coping with the consequences should war occur despite our efforts to avoid it.

In a world which is armed to its teeth with nuclear weapons, every quarrel or difference of opinion may lead to violence of a kind quite different from what is possible today.

It is immoral from almost any point of view to refuse to defend yourself and others from very grave and terrible threats, even as there are limits to the means that can be used in such defense.

Tags: Others, Used, Yourself

Many people believe that the current system must inevitably end in total annihilation. They reject, sometimes very emotionally, any attempts to analyze this notion.