See the gallery for quotes by Herman Melville. You can to use those 8 images of quotes as a desktop wallpapers. 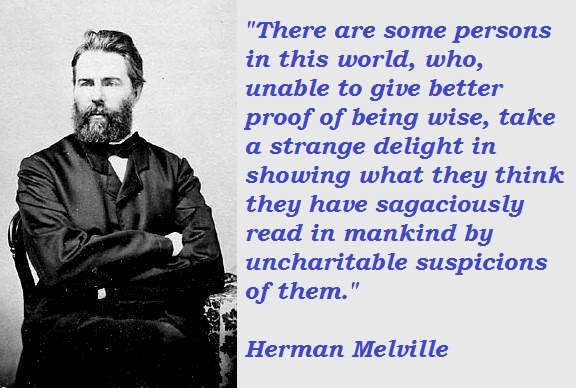 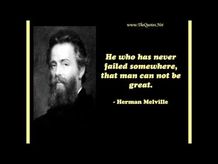 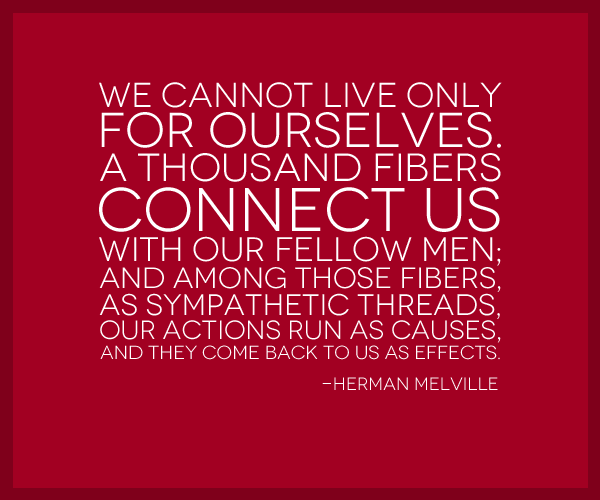 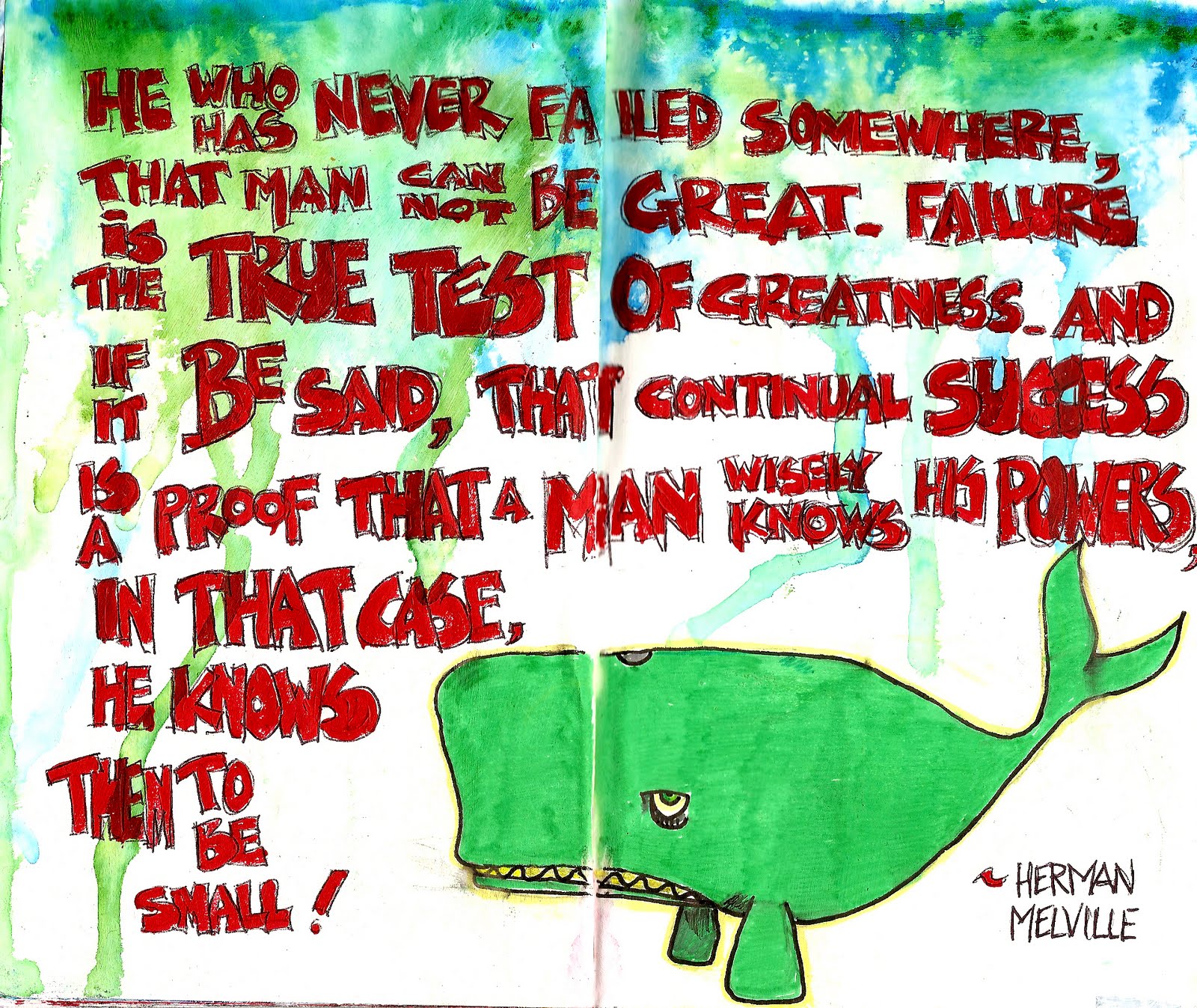 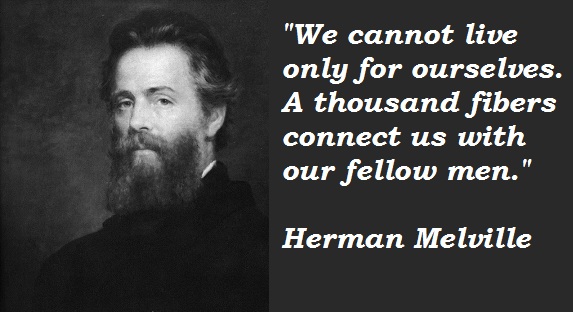 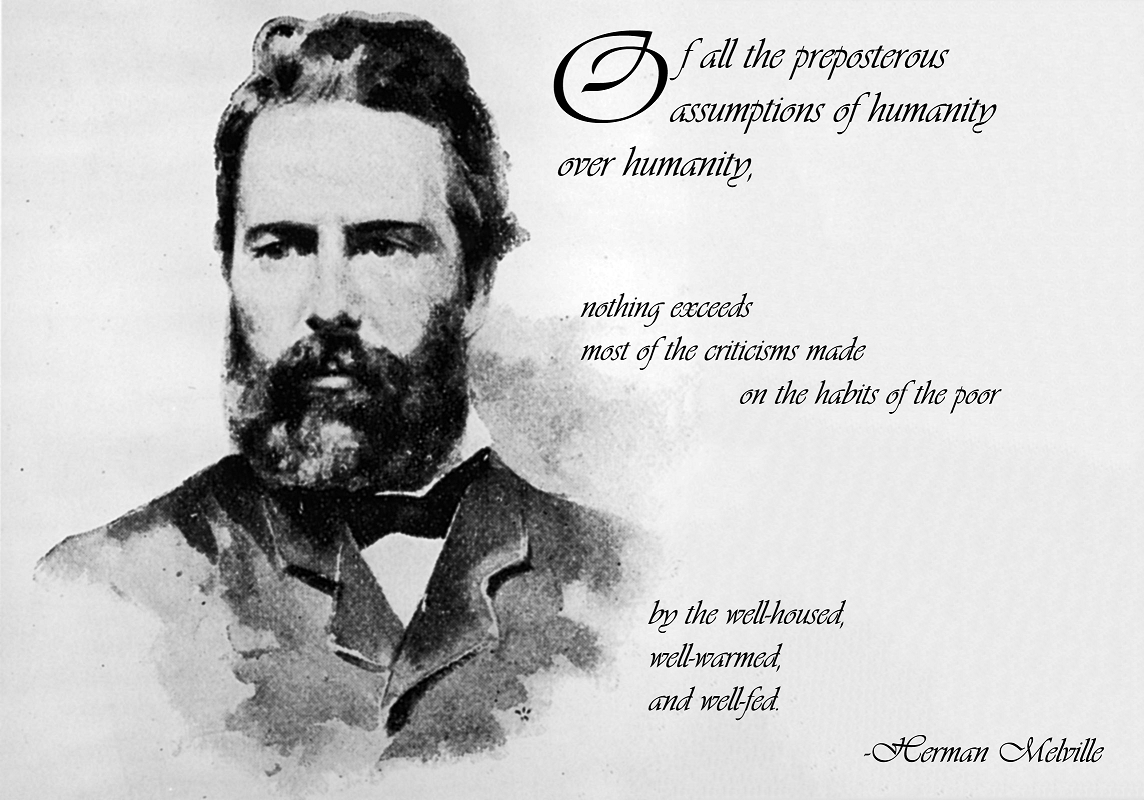 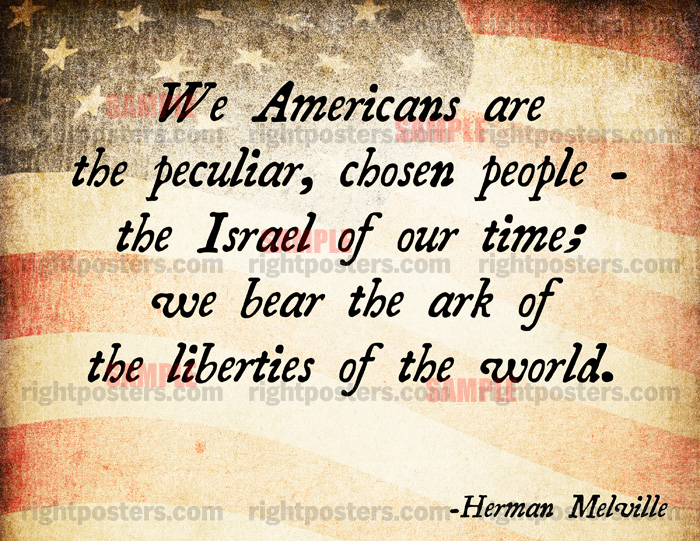 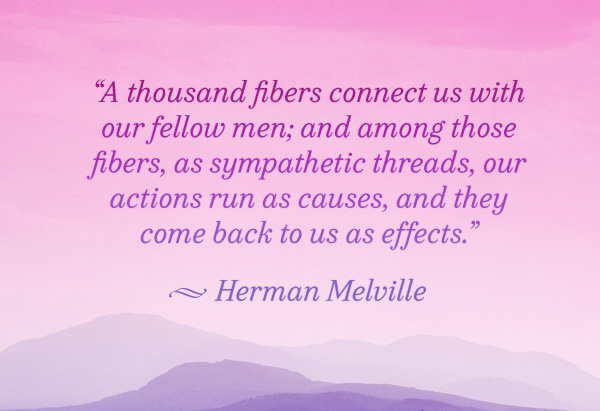 To be hated cordially, is only a left-handed compliment.

Hope is the struggle of the soul, breaking loose from what is perishable, and attesting her eternity.

Truth is the silliest thing under the sun. Try to get a living by the Truth and go to the Soup Societies. Heavens! Let any clergyman try to preach the Truth from its very stronghold, the pulpit, and they would ride him out of his church on his own pulpit bannister.

At sea a fellow comes out. Salt water is like wine, in that respect.

Faith, like a jackal, feeds among the tombs, and even from these dead doubts she gathers her most vital hope.

It is impossible to talk or to write without apparently throwing oneself helplessly open.

Let America first praise mediocrity even, in her children, before she praises... the best excellence in the children of any other land.

There are some enterprises in which a careful disorderliness is the true method.

There is all of the difference in the world between paying and being paid.

There is no quality in this world that is not what it is merely by contrast. Nothing exists in itself.

There is nothing namable but that some men will, or undertake to, do it for pay.

There is sorrow in the world, but goodness too; and goodness that is not greenness, either, no more than sorrow is.

Toil is man's allotment; toil of brain, or toil of hands, or a grief that's more than either, the grief and sin of idleness.

To produce a mighty book, you must choose a mighty theme. No great and enduring volume can ever be written on the flea, though many there be that have tried it.

Is there some principal of nature which states that we never know the quality of what we have until it is gone?

It is not down in any map; true places never are.

Know, thou, that the lines that live are turned out of a furrowed brow.

Old age is always wakeful; as if, the longer linked with life, the less man has to do with aught that looks like death.

There are times when even the most potent governor must wink at transgression, in order to preserve the laws inviolate for the future.

To be called one thing, is oftentimes to be another.

Where do murderers go, man! Who's to doom, when the judge himself is dragged to the bar?

Some dying men are the most tyrannical; and certainly, since they will shortly trouble us so little for evermore, the poor fellows ought to be indulged.

Much more quotes by Herman Melville below the page.

There is something wrong about the man who wants help. There is somewhere a deep defect, a want, in brief, a need, a crying need, somewhere about that man.

It is better to fail in originality than to succeed in imitation.

We cannot live only for ourselves. A thousand fibers connect us with our fellow men.

I am, as I am; whether hideous, or handsome, depends upon who is made judge.

Heaven have mercy on us all - Presbyterians and Pagans alike - for we are all somehow dreadfully cracked about the head, and sadly need mending.

Better sleep with a sober cannibal than a drunken Christian.

Better to sleep with a sober cannibal than a drunken Christian.

He piled upon the whale's white hump the sum of all the general rage and hate felt by his whole race from Adam down; and then, as if his chest had been a mortar, he burst his hot heart's shell upon it.

A man thinks that by mouthing hard words he understands hard things.

There are certain queer times and occasions in this strange mixed affair we call life when a man takes his whole universe for a vast practical joke.

Art is the objectification of feeling.

There is one knows not what sweet mystery about this sea, whose gently awful stirrings seem to speak of some hidden soul beneath.

There is no dignity in wickedness, whether in purple or rags; and hell is a democracy of devils, where all are equals.

To know how to grow old is the master work of wisdom, and one of the most difficult chapters in the great art of living.

Let us speak, though we show all our faults and weaknesses, - for it is a sign of strength to be weak, to know it, and out with it - not in a set way and ostentatiously, though, but incidentally and without premeditation.

To the last, I grapple with thee; From Hell's heart, I stab at thee; For hate's sake, I spit my last breath at thee.

A smile is the chosen vehicle of all ambiguities.

A whale ship was my Yale College and my Harvard.

There is a touch of divinity even in brutes, and a special halo about a horse, that should forever exempt him from indignities.

Truth is in things, and not in words.

In this world, shipmates, sin that pays its way can travel freely, and without passport; whereas Virtue, if a pauper, is stopped at all frontiers.

Truth uncompromisingly told will always have its ragged edges.

There are some persons in this world, who, unable to give better proof of being wise, take a strange delight in showing what they think they have sagaciously read in mankind by uncharitable suspicions of them.

Whatever fortune brings, don't be afraid of doing things.

He who has never failed somewhere, that man can not be great.