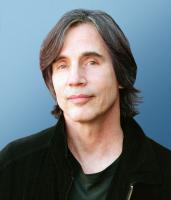 See the gallery for quotes by Jackson Browne. You can to use those 7 images of quotes as a desktop wallpapers. 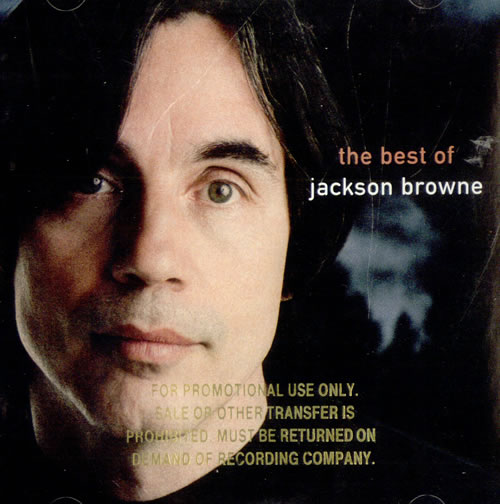 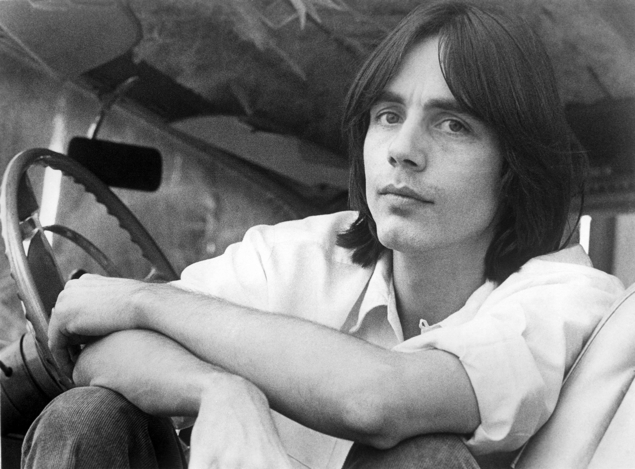 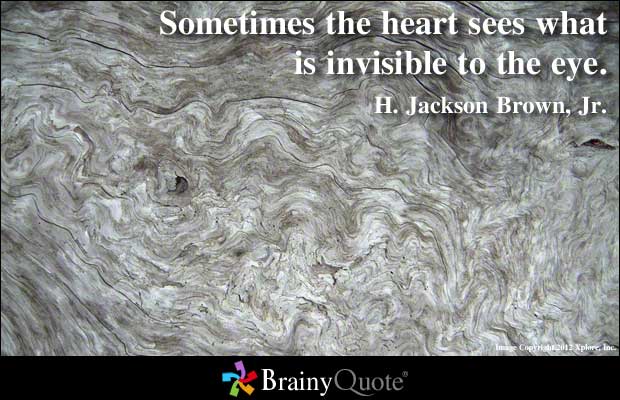 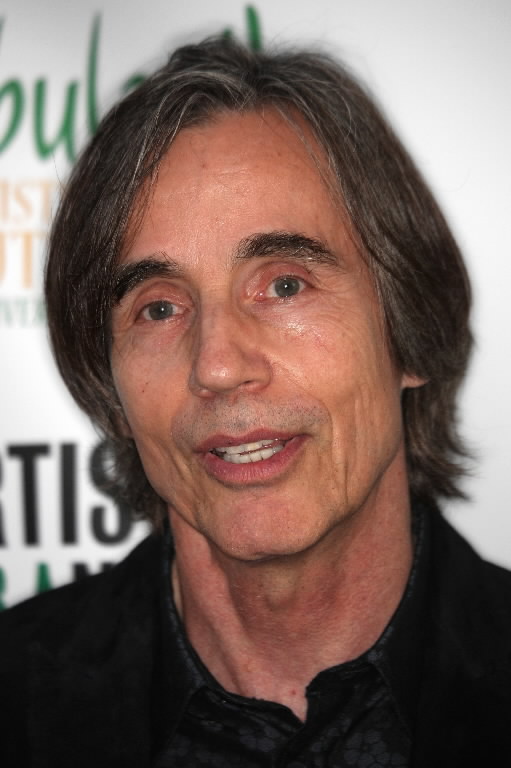 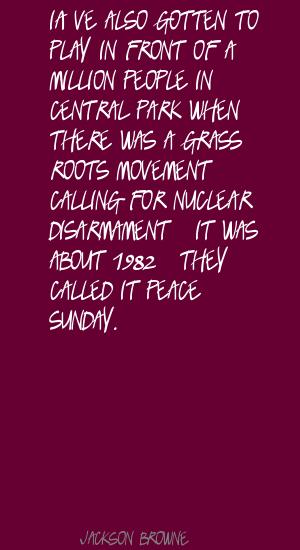 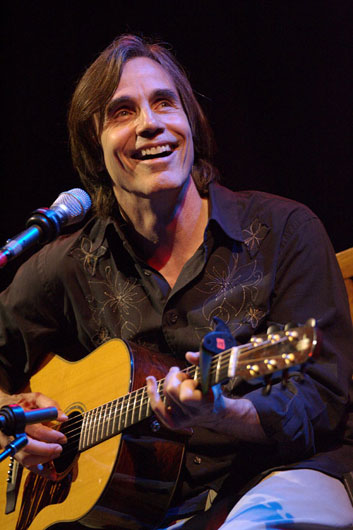 That folk music led to learning to play, and making things up led to what turns out to be the most lucrative part of the music business - writing, because you get paid every time that song gets played.

The biggest influence? I've had several at different times - but the biggest for me was Bob Dylan, who was a guy that came along when I was twelve or thirteen and just changed all the rules about what it meant to write songs.

We have an open society. No one will come and take me away for saying what I am saying. But they don't have to, if they can control how many people hear it. And that's how they do it.

When I really started liking music was when I could play some of it myself, and after a couple of years of playing folk music, I kinda rediscovered those hits that were on the radio all the time when I was a kid.

Like, What is the least often heard sentence in the English language? That would be: Say, isn't that the banjo player's Porsche parked outside?

Right around the end of the fifties, college students and young people in general, began to realize that this music was almost like a history of our country - this music contained the real history of the people of this country.

I'd have to say that my favorite thing is writing a song that really says how I feel, what I believe - and it even explains the world to myself better than I knew it.

I've also gotten to play in front of a million people in Central Park when there was a grass roots movement calling for nuclear disarmament - it was about 1982 - they called it Peace Sunday.

I grew up reading Shakespeare and Mark Twain.

I never was a very good singer.

I started playing the trumpet when I was about eight.

I taught myself to play the piano, because I wanted to play it.

No matter how close to yours another's steps have grown, in the end there is one dance you'll do alone.

The idea that I wrote something that stood for the way I feel about things, and that it lasts, that's probably my favorite thing that I've done.

Also, right at that particular time in the music business, because of people like the Beatles, people began owning their own publishing. I'll just say this really quickly - they used to divide the money for the music that was written in two, just equal halves.

And my dad wanted me to play the trumpet because that's what he liked. His idol was Louis Armstrong. My dad thought my teeth came together in a way that was perfect for playing the trumpet.

As far as those kinds of things, I also played at the concert to call for the release of Nelson Mandela when he was a political prisoner in South Africa. We were celebrating his 70th birthday and calling for his release.

I love to read. I love to stretch. In the morning, I get up, and if I'm not in a hurry, I will lie on the floor on a rug, look through some books and magazines, and maybe listen to music and try to do stretching exercises to tune up.

I told my father I wanted to play the banjo, and so he saved the money and got ready to give me a banjo for my next birthday, and between that time and my birthday, I lost interest in the banjo and was playing guitar.

I wrote the song For A Dancer for a friend of mine who died in a fire. He was in the sauna in a house that burned down, so he had no idea anything was going on. It was very sad.

I've written many extra verses to songs that I learned to sing - an extra verse about a friend, or just add some verse - and that led to writing my own songs.

Much more quotes by Jackson Browne below the page.

It was a great time to be born, because I got to have my own publishing company right from the beginning, so I made more money than somebody would have doing what I did ten or fifteen years before.

Music itself is a great source of relaxation. Parts of it anyway. Working in the studio, that's not relaxing, but playing an instrument that I don't know how to play is unbelievably relaxing, because I don't have any pressure on me.

Musician jokes are a kind of joke that usually have to do with how much money someone makes. Musicians are always starving, so they're really mean to each other about who makes what.

Now, guitar was pretty cool. Everybody knew something on the guitar. So I wanted to play guitar, but I told my dad if he wanted me to keep studying something, I'd like to study piano.

So I had a couple of years of playing trumpet. I really enjoyed it, but it was not the kind of instrument you could whip out at a party. Let's face it.

So what I do, more than play any instrument - I mean, I love to play - but more than that, I write songs. Songs that are about living, about what it's like to be going through all the things that people go through in life.