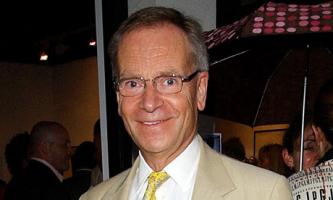 See the gallery for quotes by Jeffrey Archer. You can to use those 8 images of quotes as a desktop wallpapers. 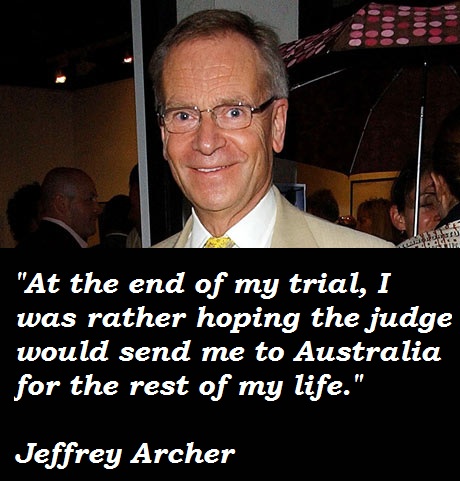 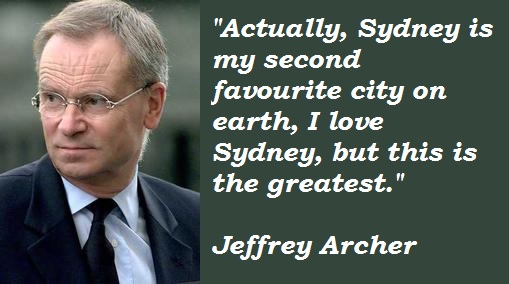 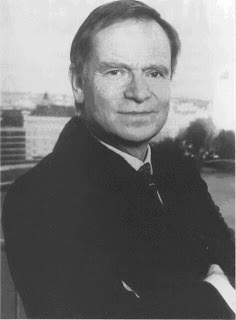 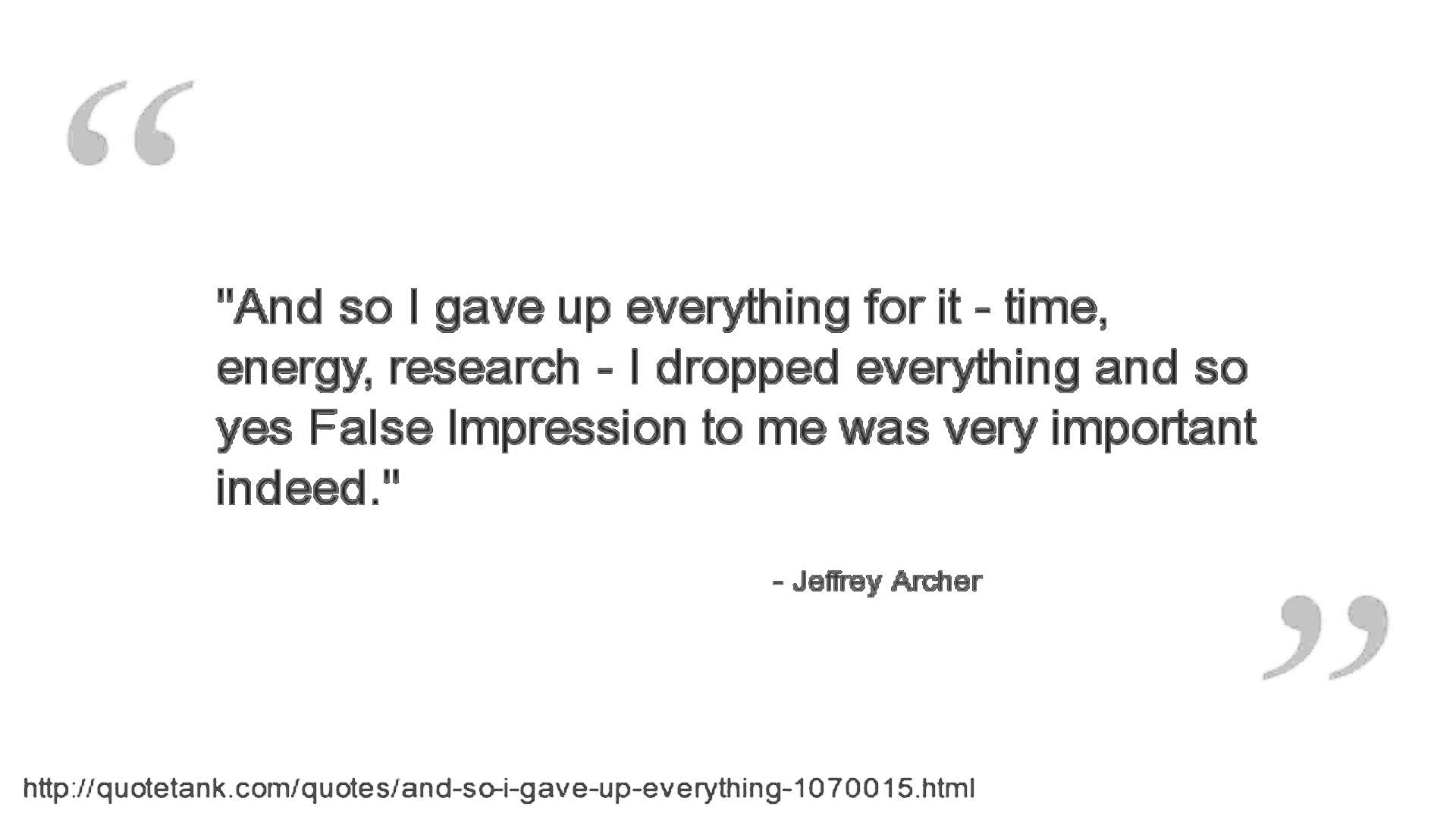 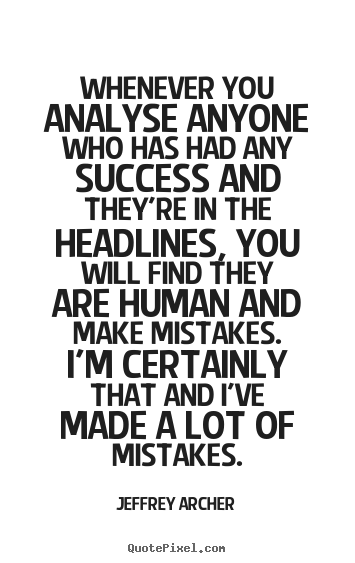 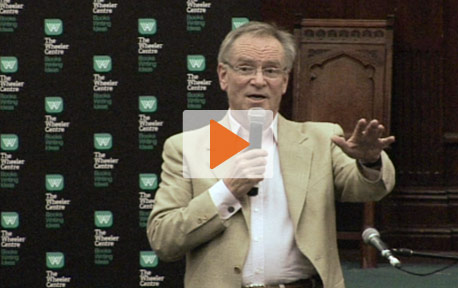 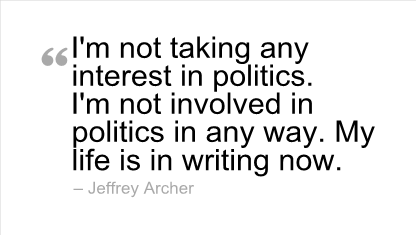 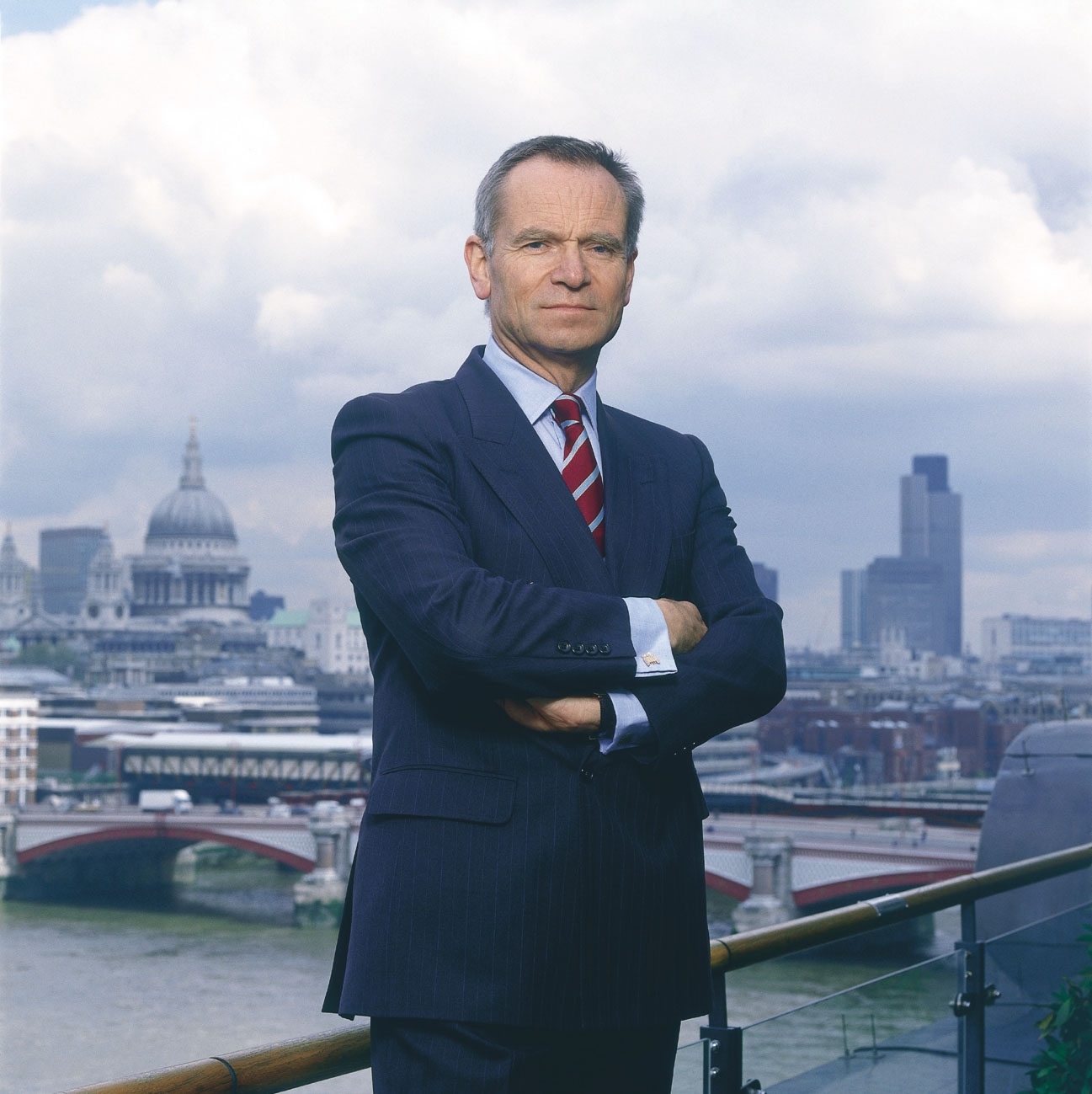 I feel I have had a very interesting life, but I am rather hoping there is still more to come. I still haven't captained the England cricket team, or sung at Carnegie Hall!

I spent my first three weeks there on a wing with 21 murderers. I met some very evil people there but also some men who'd had no upbringing, no chance in life.

I think when you've lost an election by 179, there's going to be a period of time after eighteen years in government when you can't do anything right, and people just kick you for the sake of it, will never admit they voted Conservative.

I've been doing nineteen hours a day on London, nothing else, I mean this has been my whole life, and writing has been put on one side, and if I'm privileged enough to be the Mayor of this city, then I will not write again.

The discipline required for athletics carried through to writing. You call it obsession. I call it discipline. By the way, I see nothing wrong with that.

We go on a lot in this country about offences being caused by drugs. The truth is just as many offences are caused by drink. And that should be taken into account.

Well I think after leaving prison, and having written three diaries about life in prison, it became a sort of a new challenge to write another novel, to write a new novel.

When I was deputy chairman I could travel from Glasgow to Edinburgh without leaving Tory land. In a two-week period I covered every constituency in which we had an MP. There were 14. Now we have only one. We appear to have given up.

Whenever you analyse anyone who has had any success and they're in the headlines, you will find they are human and make mistakes. I'm certainly that and I've made a lot of mistakes.

What I have found is that real friends stand by you.

We all make mistakes but one has to move on.

Sixty per cent of people entering prison today are illiterate.

Well I certainly have learned and I hope I'm moving on and certainly two years of prison was a terrible punishment.

And I did wonder - because it's now three years ago since I left prison - whether there would come a time when I would forget it, or it would be in the past as anything else might be - no, it's there every day of my life.

Actually, Sydney is my second favourite city on earth, I love Sydney, but this is the greatest.

At the end of my trial, I was rather hoping the judge would send me to Australia for the rest of my life.

But the thing I felt most strongly about, and put at the end of one of the prison diaries, was education.

Chatterers are a menace.

Exclusive will not be published in book format.

I am currently doing about 30 charity auctions a year.

I do greatly admire Australian artists.

I put £150,000 into the stage production of Grease and have got back £1.5 million so far. It has been a fantastic success.

I think my attitude to human beings has changed since leaving prison.

I was allowed to ring the bell for five minutes until everyone was in assembly. It was the beginning of power.

Tags: Everyone, Power, Until

I wrote a million words in the first year, and I could never have done that outside of prison.

Much more quotes by Jeffrey Archer below the page.

I'm not taking any interest in politics. I'm not involved in politics in any way. My life is in writing now.

I'm passionate again about writing. This is important to me; it's got to be the comeback book.

Very few people deserted me when I went to prison. They stayed loyal.

When a book comes out I wonder if one person will buy it. It's agony. Of course it's stupid, but it's agony.

But I certainly made mistakes, for which I regret, I think most human beings in their lifetime make mistakes, mine ended up in two years prison - two very remarkable years from which I learnt a lot.