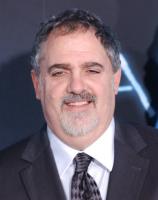 See the gallery for quotes by Jon Landau. You can to use those 8 images of quotes as a desktop wallpapers. 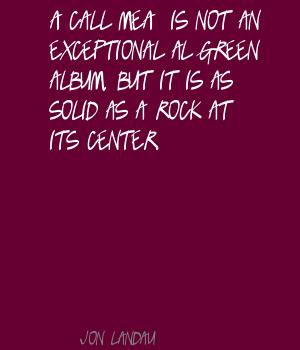 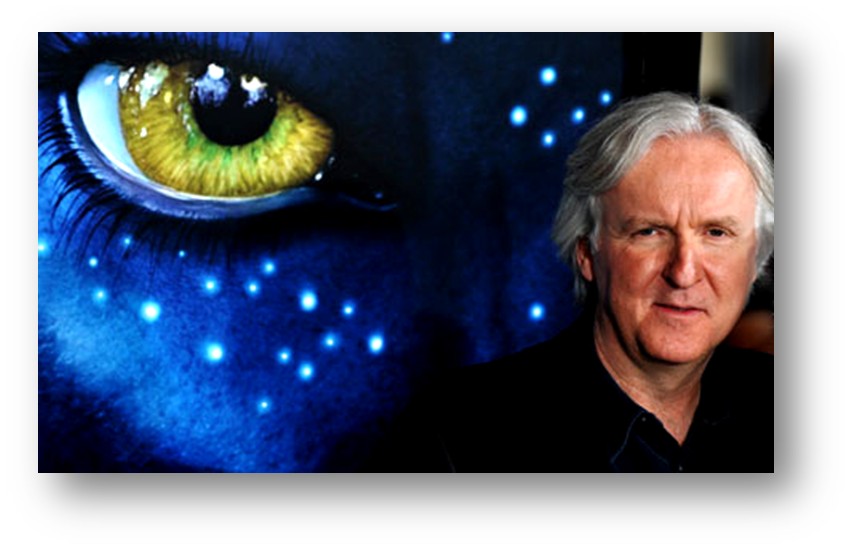 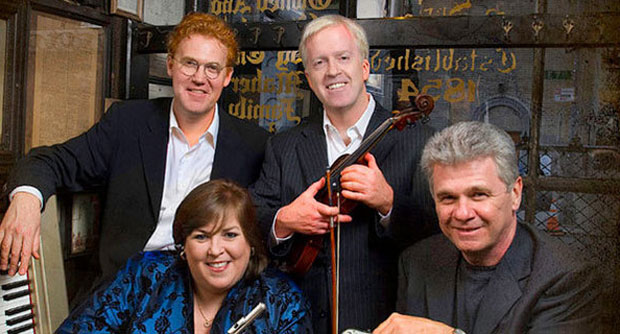 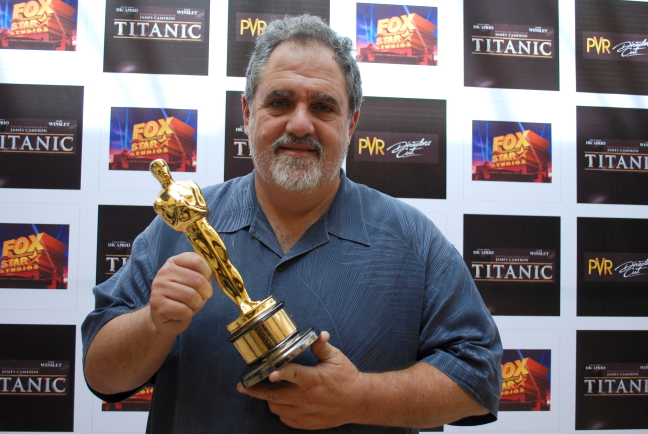 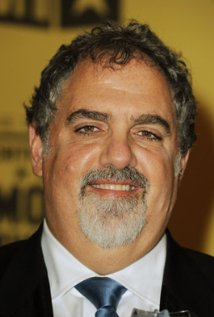 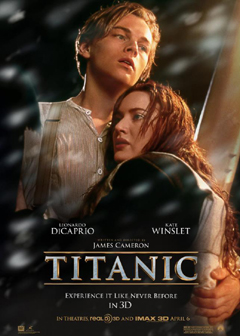 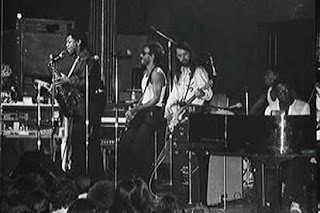 Everyone eventually winds up writing about themselves - the problem is finding the best way to go about it. To write about oneself literally, in the first person, presumes a more interesting personal life and philosophy than most rock lyricists possess. John Lennon was good for one great album based on musical direct address, 'Plastic Ono Band.'

James Taylor is the kind of person I always thought the word 'folksinger' referred to. He writes and sings songs that are reflections of his own life, and performs in them in his own style. All of his performances are marked by an eloquent simplicity.

James Taylor may be an all-American boy but he isn't Horatio Alger, and the lionizing of many rock stars by the rock press has as much to do with old fashioned rags-to-riches stories as does the straight culture's deification of its idols.

Joni Mitchell seems destined to remain in a state of permanent dissatisfaction - always knowing what she would like to do, always more depressed when it's done.

Often, equipment can as easily function as a security blanket for musicians unwilling or unable to risk anything personal in the studio. Whether one catches the feeling on a record is a subjective matter. How can you be sure? The machinery can hold out the promise of at least mechanical perfection.

On first listening, Joni Mitchell's 'Court And Spark,' the first truly great pop album of 1974, sounds surprisingly light; by the third or fourth listening, it reveals its underlying tensions.

On the surface, rock and roll changes at an amazing pace. The influence of a figure like the Maharishi can appear and disappear in a matter of months. Talk about old fashioned rock and roll finds itself dead before it begins.

Sly Stone doesn't make good albums: only good records. His style is so infinite and revolves around so many crucial aspects that it has only come together perfectly on a handful of his singles.

Soul was the music made by and for black people. For most of the Sixties it was thoroughly divorced from white popular music, but by the end of the decade several artists with their roots firmly in both soul and R&B traditions had crossed over.

The Beatles did their best cover work on Little Richard's 'Long Tall Sally' and music influenced by Richard, such as Larry Williams's 'Dizzy Miss Lizzie.'

The Beatles never sounded intimidated by their idols. They never interpreted old rock; they simply played it as well and as joyfully as they knew how. On 'Rock 'n' Roll,' John Lennon does nothing but interpret old rock.

The early Stones were adolescent rockers. They were self-conscious in an obvious and unpretentious way. And they were committed to a musical style that needed no justification because it came so naturally to them. As they grew musically the mere repetition of old rock and blues tunes became increasingly less satisfying.

The Faces do not, as some have recently alleged, play badly. They are more than competent, especially at creating a mid-Sixties Rolling Stones-styled groove, as their excellent version of 'Memphis' proves.

The greatness of Mac Rebennack, alias, Dr. John, also known as John Crieux, rests on his command of the musical use of idiomatic expression. Not a technically well-endowed singer, nor a great songwriter, he leaves his mark through the discipline and control he exerts over all that he touches.

The modern recording studio, with its well-trained engineers, 24-track machines and shiny new recording consoles, encourages the artist to get involved with sound. And there have always been artists who could make the equipment serve their needs in a highly personal way - I would single out the Beatles, Phil Spector, the Beach Boys and Thom Bell.

The Rolling Stones are violence. Their music penetrates the raw nerve endings of their listeners and finds its way into the groove marked 'release of frustration.'

The Rolling Stones have been the best of all possible worlds: they have the lack of pretension and sentimentality associated with the blues, the rawness and toughness of hard rock, and the depth which always makes you feel that they are in the midst of saying something. They have never impressed me as being kitsch.

The Stones were always exemplary of one of the best of all rock qualities: tightness. They have always been economical, the opposite of ornamental. Having a very clear idea of what they wanted to say they could go into a studio and make it all up on a three minute cut.

The title song of David Bowie's 'Young Americans' is one of his handful of classics, a bizarre mixture of social comment, run-on lyric style, English pop and American soul.

Much more quotes by Jon Landau below the page.

There is a 'patrician arrogance' to James Taylor that accounts in part for his popularity while it at the same time explains the critical resistance to his work.

There is something complete about Stevie Wonder, and one senses that he is not only exceptionally important today, but will continue to be for as long as he chooses.

There were many stars in Motown's firmament - among them, Stevie, Marvin Gaye, Smokey Robinson, Martha Reeves and Diana Ross - but I happen to have loved the Four Tops most of all.

To her audience, Janis Joplin has remained a symbol, artifact and reminder of late Sixties youth culture. Her popularity never derived from her musical ability, but from her capacity to link her fantasies of freedom and immortality with ours.

What makes the Stones' arrogance so divine is that we all believe that long ago and far away they weren't rich and famous but poor and struggling, just like us.

One gets the impression that Elvis Presley does what his business advisors think will be most profitable. My advice to them: Put Elvis Presley in the studio with a bunch of good, contemporary rockers, lock the studio up, and tell him he can't come out until he's done made an album that rocks from beginning to end.

'Call Me' is not an exceptional Al Green album, but it is as solid as a rock at its center.

I saw rock n' roll future and its name is Bruce Springsteen.

'Let's Get It On' is a classic Motown single, endlessly repeatable and always enjoyable.

My ambition was to be a record producer, and I had started doing that in the late '60s with my work with the MC5 and my friend Livingston Taylor.

The Beatles production is often so 'perfect' that it sounds computerized. 'Sgt. Pepper' really does sound like it took four months to make.

There is absolutely no doubt that the extraordinary Donna Summer belongs in the Rock and Roll Hall of Fame.

While the Beatles always had George Martin around to clean up their act, the Rolling Stones had Andrew Loog Oldham to coarsen theirs.

As a performing group, the Beatles began by playing old rock favorites, for dancing, to tough audiences in Liverpool and Hamburg. When they began writing seriously, they discovered that they couldn't compose in the early American rock tradition.

As long as Elton John can bring forth one performance per album on the order of 'Someone Saved My Life Tonight,' the chance remains that he will become something more than the great entertainer he already is and go on to make a lasting contribution to rock.

'Band on the Run' is a carefully composed, intricately designed personal statement that will make it impossible for anyone to classify Paul McCartney as a mere stylist again.

Barry White seemed so filled with self-parody at first that it was easy to dismiss him. But it is becoming increasingly obvious with every additional release that he is a very talented man.

Bob Dylan has always sealed his decisions with the unexplainable. His motives for withholding the release of the magnificent 'Basement Tapes' will be as forever obscure as Brian Wilson's reasons for the destruction of the tapes for 'Smile.'

Bob Dylan was the source of pop music's unpredictability in the Sixties. Never as big a record-seller as commonly imagined, his importance was first aesthetic and social, and then as an influence.

Carole King's second album, 'Tapestry,' has fulfilled the promise of her first and confirmed the fact that she is one of the most creative figures in all of pop music. It is an album of surpassing personal-intimacy and musical accomplishment and a work infused with a sense of artistic purpose. It is also easy to listen to and easy to enjoy.

'Dance to the Music' was just Sly Stone being his natural crazy self right from the beginning. The man was an original and his first AM hit was nothing if it wasn't the example per excellence of the Sly Stone music machine.

Elton John can be a master of the sleight of hand. The arrangements make it seem like there are substantial melodies underneath the tracks - but almost nothing demands repeated listenings. Similarly, he always sounds like he's singing up a storm, but his voice glosses over the material, reducing most things to an uninteresting sameness.

Elton John himself never seems pretentious but Bernie Taupin's lyrics often do - sometimes pretentious in a clever sort of way, but pretentious nonetheless. There is a conflict between Elton's and Bernie's personal styles, no doubt about it.