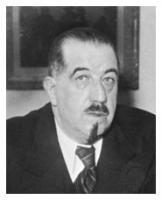 See the gallery for quotes by Leon Jouhaux. You can to use those 7 images of quotes as a desktop wallpapers. 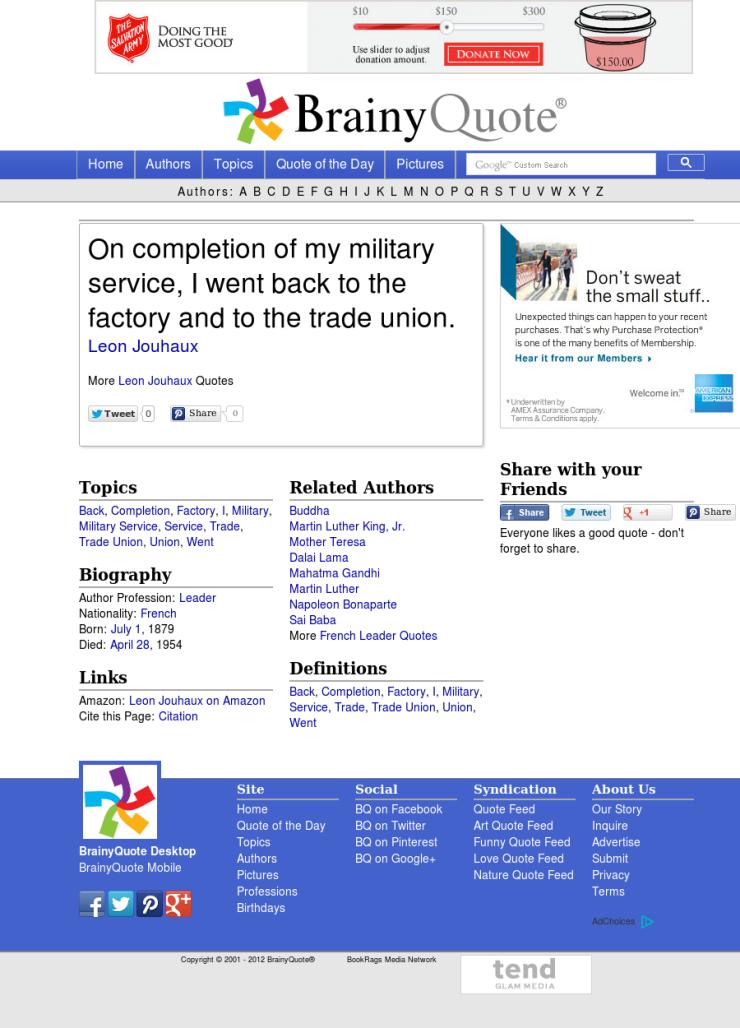 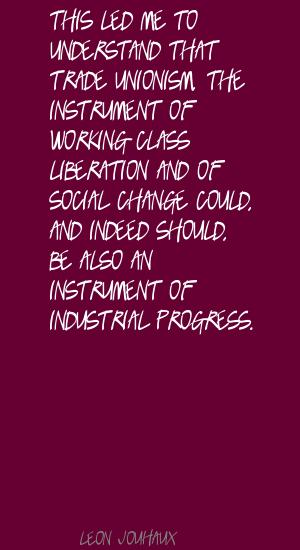 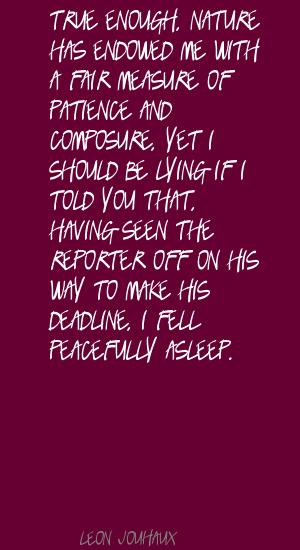 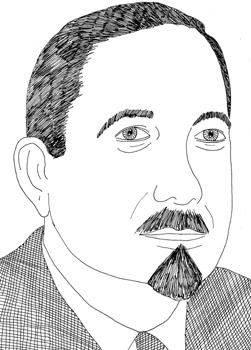 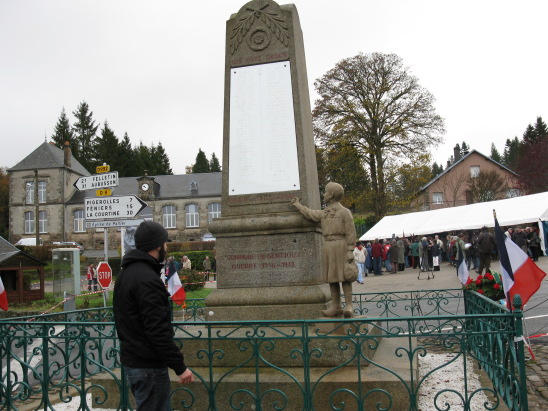 This led me to understand that trade unionism, the instrument of working-class liberation and of social change could, and indeed should, be also an instrument of industrial progress.

On completion of my military service, I went back to the factory and to the trade union.

The working classes were becoming more and more sharply aware of the complex causes of international malaise.

A convention was drawn up on June 17, 1925, in which the principle of supervision, as opposed to that of simple propaganda, was recognized, thanks to the efforts of the labour members, of whom I was one.

At Leeds the idea of an international labour organization appeared in a trade-union text which also drew attention to the danger to the working classes inherent in the existence of international capitalist competition.

Expressing the thoughts of my comrades, I suggested, among other means, the organization of an international information service on inventories, on production, and on the needs of the various countries for raw materials.

From 1918 on, trade unionists were to express from the platforms of their congresses the workers' desire for peace through a rational organization of the world.

Furthermore, it is not distorting history to say that it was largely through the efforts and propaganda of our International Federation that the government of the U.S.S.R. was recognized by the majority of the great powers.

I would not go so far as to say that the French trade unions attached greater importance to the struggle for peace than the others did; but they certainly seemed to take it more to heart.

In the report made on behalf of the C.G.T. we affirmed that the Peace Treaty should, in accordance with the spirit of workers' organizations, lay the first foundations of the United States of Europe.

My parents, and especially my mother, encouraged by the director of the local school which I was attending, wanted in spite of everything to send me to a National School of Arts and Crafts so that I could later become an engineer.

The trade unions, far from being content with these declarations, established international liaisons and supported every policy based on pacification and understanding.

We too, through lack of knowledge and of sufficiently mature reflection, mistook the visible outward appearance of the phenomenon for the phenomenon itself.