See the gallery for quotes by Leslie Fiedler. You can to use those 7 images of quotes as a desktop wallpapers. 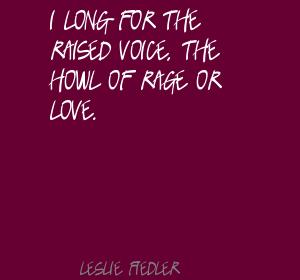 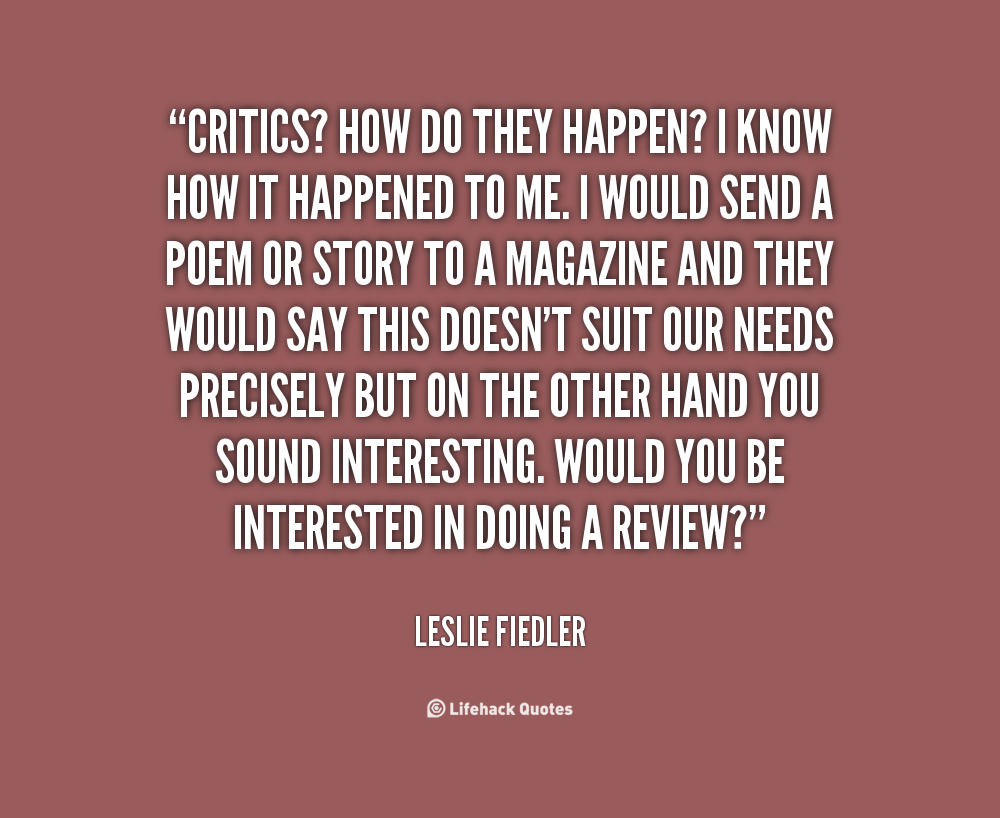 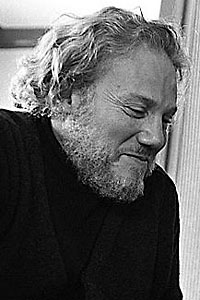 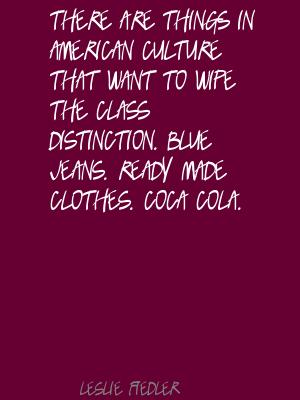 When I was 12 years old, someone took me to see Martha Graham. It was nothing like what I thought of as serious dancing and even then I knew I was having a great experience. It was as if somebody was moving through space like no one ever did before.

I long for the raised voice, the howl of rage or love.

There are things in American culture that want to wipe the class distinction. Blue jeans. Ready-made clothes. Coca-Cola.

Much more quotes by Leslie Fiedler below the page.

All good criticism should be judged the way art is. You shouldn't read it the way you read history or science.

Faulkner sat in our living room and read from Light in August. That was incredible.

Anybody in the next centuries wanting to know what it was like to be a poet in the middle of the 20th century should read Kaddish.

Tags: Anybody, Next, Read

DeLillo never seems committed to me to what he is writing. Very nice surfaces, but he's got nothing underneath.

Henry Miller wrote novels, but he calls his protagonist Henry, often Henry Miller, and his books are in this gray area between memoir and novel.

I gave up writing blurbs because you make one friend and 200 enemies.

I like that people who are not experts can not only understand but get engaged by my work. I like that Joe Paterno can read me. Bill Bradley.

I liked Camille Paglia. I liked her even better when I heard her talk.

I think the pattern of my essays is, A funny thing happened to me on my way through Finnegans Wake.

I used to be fond of Indian arm wrestling.

If there's one thing I can't stand, it's somebody doing something because I pushed them in that direction.

It's so wrong when I pick up a new edition of Huckleberry Finn and I look at the last page and it doesn't say, Yours truly, at the end.

Kafka is still unrecognized. He thought he was a comic writer.

Of the female black authors, I really like Morrison's early books a lot. But she's really become so much a clone of Faulkner. He did it better.

One more recent novelist to come along is Cormac McCarthy. Him, I like.

Tags: Along, Him, Recent

Raymond Carver is good. I think he'll be appreciated more and more. He's an easy writer to imitate.

Saul Bellow never took my advice when he was my friend.

The black situation has changed. They finally realized they're Americans.