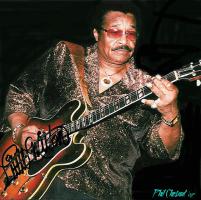 See the gallery for quotes by Little Milton. You can to use those 7 images of quotes as a desktop wallpapers. 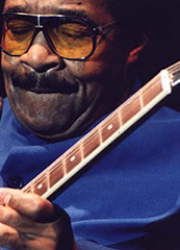 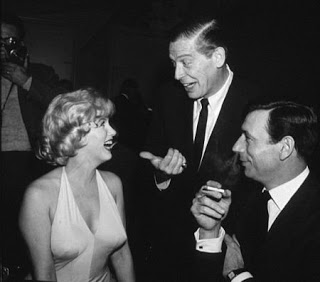 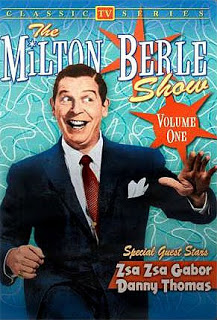 I did learn that it was the greatest thing in the world to respect yourself. Respect other people.

And one of my favorites was Eddy Arnold of course. He just had that smooth, soulful voice.

I was born in a little place called Inverness, MS.

I was never into the Bluegrass, Bill Monroe and stuff like that.

I'm from the Mississippi delta originally.

Most times we would make more money in the tip boxes - they called it - than we were getting paid.

My mom moved up between Leland and Greenville when I was just a little tot.

And I tell my audience, you know, give the real stars a round of applause. Because without them I'm nobody. So I learned so much from people like that.

I came from this very traditional background and I benefited hugely from feminism. I felt privileged going to university and doing a PhD. Most people of my background don't get to do that.

I hate it when I'm reading a comic, and the dialogue looks like stickers stuck on top to explain what's going on. For me the best is when your eye goes in a certain point and moves through the composition and then springs out on the dialogue, or gets confused in the image and then goes to the dialogue for an explanation.

I have had quite a few obsessive fans. They write to me and then they turn up at signings and look really sheepish. If I said 'boo' to them, they would run away. I think they maybe believe I could take over their lives and sort them out. If they saw the state of my kitchen they wouldn't think that.

I just got an honorary degree from Glasgow University, and I had to wear around very painful shoes so that I didn't laugh all the way through the ceremony because I felt like an outlaw.

I respond very well to rules. If there are certain parameters it's much easier to do something really good. Especially when readers know what those are. They know what to expect and then you have to wrong-foot them. That is the trick of crime fiction. And readers come to crime and graphic novels wanting to be entertained, or disgusted.

I think the class divide is going to change. I think a lot more working class people are going to get published. It is really class ridden, literature.

I was very aware of office politics because I was so baffled by them. So much so goes unsaid. No one says 'you're a cheeky so-and-so,' no one says 'you're so moody,' nobody ever confronts anyone else about anything. But I'm very crass, and I'm very confrontational, and I have a temper. I had to be hyper-vigilant in every office I worked in.

Tags: Anyone, Else, Politics

I'm always represented as a bit of a class warrior - a bit Down With Men and Down With Middle-Class People. Whereas I'm actually very fond of men and am middle-class. I even went to boarding school in Perthshire.

I'm not much of a plotter. I start off with an inciting incident, and in classic crime fiction what happens is that all the action flows from that incident. It's very comfy when it all ties up and feels like a complete universe, but my stuff doesn't always work that way.

If you went for a job interview in a Glasgow law firm, they used to ask you what school you went to. And that was a way of finding out what religion you were.

In prose, leaps of logic can be made while the protagonist thinks about things and arrives at conclusions. Even with voiceover, there's no real way of having an inner voice without it taking over the entire story.

In the 'Garnethill' trilogy, people always forget that Maureen O'Donnell's dad was a journalist and she did art history at uni and her brother did law, but no-one ever thinks they're middle-class - they're just working class because they speak with accents.

In the forensic science course I took at university they used photographs of dead bodies. For ballistics they showed us a guy lying on the floor, and his head had burst.

Much more quotes by Little Milton below the page.

It's very hard to be cut off in Glasgow because it's such a small city. You know, we have the highest rate of per-capita imprisonment, certainly in Britain, maybe in Europe. We have a very high murder rate here. So most people will know someone who's been to prison.

My upbringing was middle-class but my parents' families were both working-class so I had this odd combination of working-class background but in a privileged position.

People are very frightened in publishing at the moment. Nobody knows what sells. More so now because the market's changing so fundamentally because of Kindle and electronic publishing. It's a fundamental shift in the way stories are put out into the world.

The book I made it big with in the U.S. was my fourth book, 'Sanctum.' My novels sell really well both there and in Canada, so once a year I do a promotional tour, visiting a different city every two days, doing book readings and signings.

The idea of suicide is of a very set narrative, as if killing yourself is a definitive statement. But it can be just as meaningless as throwing a stone in a river.

There are a lot of bottlenecks to getting published. Publishers are only one of them. Having the time is another one. Feeling entitled is another one.

We don't really go in for big family dinners, but Scottish people are famously confrontational. It's a cultural thing, so maybe we don't need to have them to clear the air. Also, traditional family food isn't as nice here so there's no payoff for traveling hundreds of miles.

With my earlier books, I got quite bored being with one protagonist all the way through. With the Alex Morrow books, I wanted to do something a bit more holistic, so there were lots of different points of view, and I wanted to look at aspects of crime that you don't tend to look at.

You have to take your ego out of it and say, do I want people to be obsequious to me or do I want to write good books? If it's the latter, you have to take criticism. It's annoying, but that's how to do good stuff; listen to other people.

Crime fiction is the fiction of social history. Societies get the crimes they deserve.

I grew up in London under Thatcher and that really was disgusting. A feeding frenzy.

I have two children. They are more fun than anything in the world, and it's more immediate fun than the hard slog of writing.

I love Mikhail Bulgakov. He is very original and takes the story to unexpected places. I didn't realise political writing could be so funny.

I think graphic novels are closer to prose than film, which is a really different form.

I think the negative traits are what makes us love other human beings, the foibles and the flaws.

I'd read so much right-wing crime fiction where they find the evidence and shoot the bad guy - I thought there must be another approach.

I'm terrified to get married. I'm not getting married till my gay friends can.

In my heart I'm just a lucky waitress.

It's all chaos and the house is occasionally filthy but I get to stand at the school gates. Writers are so lucky to have that flexibility.

Journalism is a Darwinian process.

Most of the people who write to me are really clever, really engaged. They just want to say that they have read my book and liked it.

None of us know what is going to sell or what people want to read.

Novelisation doesn't imply the truth. Readers are sophisticated enough to know that.

People are interested in crime fiction when they're quite distanced from crime. People in Darfur are not reading murder mysteries.

There's a real emphasis on being witty in Scotland, even in crime novels.

To have a very strong opinion all the time is corrosive to a person's intellect. It becomes your default position.

Usually when I'm trying to establish character, I try and find out where they live.

Because I write a book a year, I always want to do one other project every year that's stimulating in a different way. It means you can be working but not using up your prose juice, you know?

Because I write prose, when I sat down to write a comic, it feels like my brain's working differently. It actually feels like different bits of my head are springing into action.

Comics don't work if the story is all in the text and the images are illustrative. It's hard to have enough faith in the artists to allow them to do their job.

Crime is a very hard genre to feminise. If you have a female protagonist she is going to be looking after her mum when she gets older; she is going to be worried about her brother and sister; she will be making a living while bringing up kids.

Even if people do wrong, we're social animals, so what can we do about stopping them doing the same things in future? Saying people are 'bad' or 'evil' is just an unwillingness to engage; an unwillingness to try to empathise. That sanctimonious attitude doesn't help anyone.

I always wanted to work at 'Take A Break' magazine, you know, just to inject a little bit of politics into their stories. I applied for a job there after I'd done my law degree and didn't even get an interview. I only wrote 'Garnethill' because I didn't get that job!

Guests love to be 'wowed' in Las Vegas. They enjoy and embrace new tastes, new flavors, and they come to expect the unexpected in Las Vegas.

I don't know if you call a burger 'recession food.' It's comfort food.