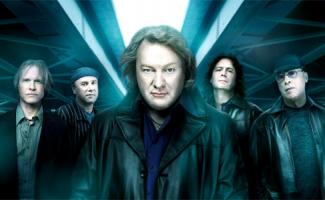 See the gallery for quotes by Lou Gramm. You can to use those 8 images of quotes as a desktop wallpapers. 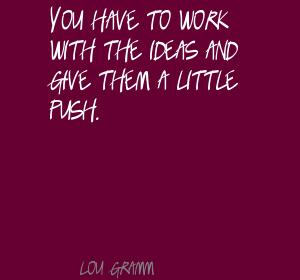 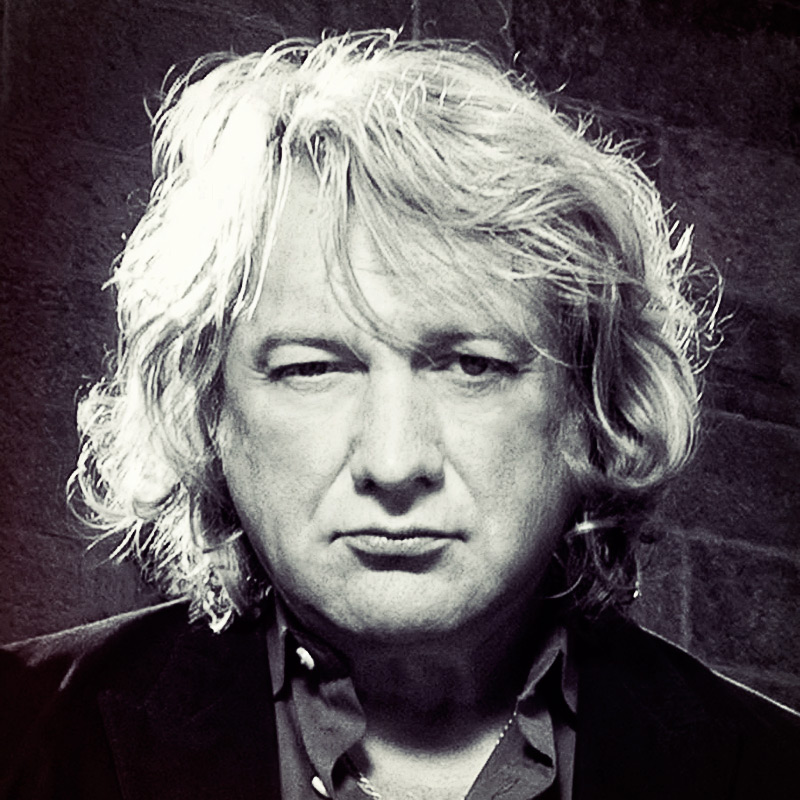 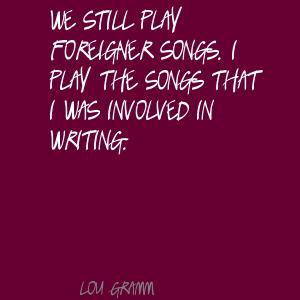 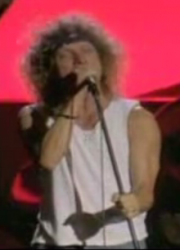 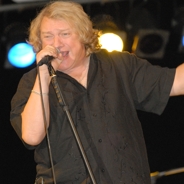 A lot of times Mick will play me different things, or I'll listen to a cassette, and out of twenty ideas or whatever, I'll find two or three that are just blowing me away, and we'll start working on them right away.

I go to the gym five days a week and I have a personal trainer. I am on a strict diet, which is kind of hard to keep up with on the road, but I stick to it as well as I can.

In those days it was pretty cut and dry. If you had a record company believing in you enough to cut an album then you had better have the ability to work the album on the road.

We put out press releases to tell people what had happened to me and that I had a large weight gain but a lot of people still didn't know. The ones that didn't know were floored. That was a real humbling experience for me.

You have to work with the ideas and give them a little push.

Without getting real personal, we liked our bass player Ed. He was a great guy and he was a good bass player but his playing was suited for a different style of band.

After the accident Black Sheep was pretty much at an end.

As long as I continue to put forth who I am and what I believe, than I think it all balances out.

Beginning to create again was something that I took for granted but I never will take it for granted again.

Five years ago we were working on a new album when my health began failing.

For the next three plus years, I really was not in creative shape. That part of my brain was not functioning.

I find singing some of Foreigner's older songs are a little reckless and not exactly who I am now.

I had my own musical ideas that Mick helped me with as well.

I opted out of the band.

I think we are looked upon as a veteran band.

I was a drummer, and I did a little singing too.

I went in for an operation to remove a brain tumor.

If you had a record company believing in you enough to cut an album then you had better have the ability to work the album on the road.

It was a little at a time but I broke out my Walkman and my lyric pad and started writing.

It was kind of fun being the headliners.

It was really terrific but Foreigner was nothing like Yes and that style did not suit our music.

It's only in the seventies that I put the sticks down and I moved to the front.

Maybe some people have written us off, but I think the new music today has also invigorated us.

Much more quotes by Lou Gramm below the page.

The future is finally something that we can now put into focus.

We still play Foreigner songs. I play the songs that I was involved in writing.