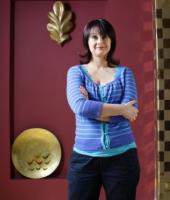 See the gallery for quotes by Marian Keyes. You can to use those 8 images of quotes as a desktop wallpapers. 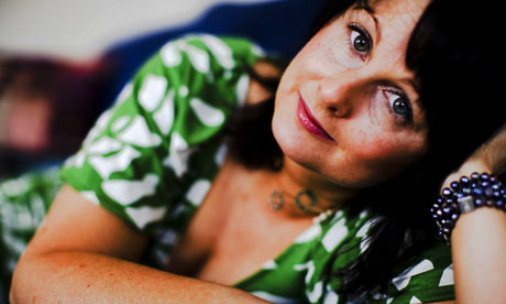 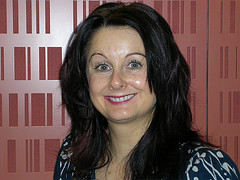 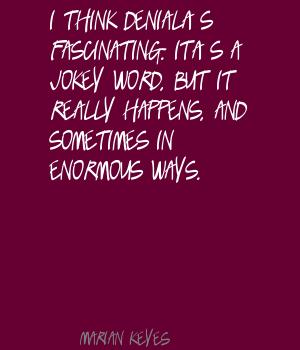 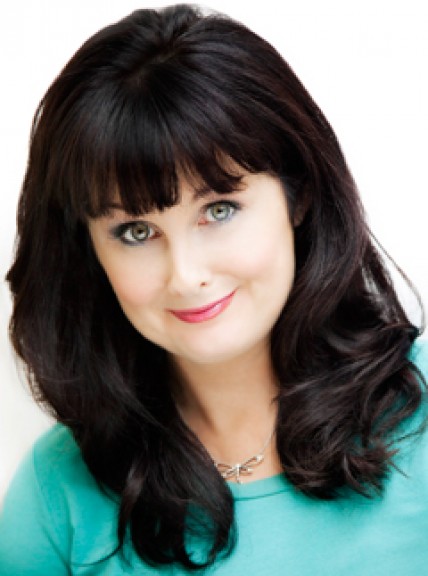 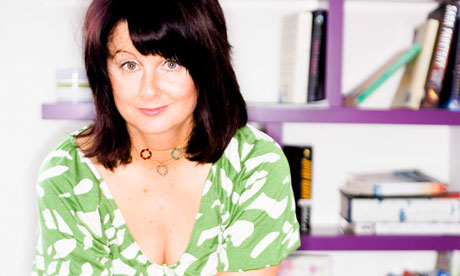 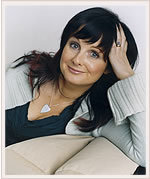 There's no doubt that relationships do suffer when circumstances change profoundly.

Writing about feeling disconnected has enabled me to connect, and that has been the most lovely thing of all.

As I get older the stars have gone from my eyes more, and I see that life is just something that has to be lived with, that it's better not to struggle.

At 30 I thought my life was over. I thought I'd have made something of myself by then, that life would somehow have made the necessary arrangements - but actually I had nothing.

Baking makes me focus. On weighing the sugar. On sieving the flour. I find it calming and rewarding because, in fairness, it is sort of magic - you start off with all this disparate stuff, such as butter and eggs, and what you end up with is so totally different. And also delicious.

Bizarrely, I actually feel safer the older I get, like people will expect less from me, and I can become more and more invisible, yet more and more eccentric.

I think reviewers are sexist... This isn't to sound bitter, but I think you're more likely to get a critical kicking if you're a woman. I just think that's a fact. I really think less value is put in general on women's voices, across the board.

I think there is pressure on people to turn every negative into a positive, but we should be allowed to say, 'I went through something really strange and awful and it has altered me forever.'

I used to feel defensive when people would say, 'Yes, but your books have happy endings', as if that made them worthless, or unrealistic. Some people do get happy endings, even if it's only for a while. I would rather never be published again than write a downbeat ending.

I used to write in bed, starting when I woke up. I believe that creative work comes from our subconscious mind, so I try to keep the gap between sleep and writing as minimal as possible.

I'm not looking for pity, I'm really not, but I'm constantly uneasy and every day it is pretty much like getting up and going to war. Once I shift into the mindset of 'Yeah, you're alive. It's tough. Let's do what we can today,' it's easier.

I've kind of realised life is meant to be tough and everybody is in psychic and spiritual discomfort of some sort and has a burden to carry. I've realised I'm not special.

Many nations use language simply to convey information, but it's different in Ireland. With most conversational exchanges you get an 'added extra' like the free little biscuit you sometimes get with a cappuccino in a fancy coffee place.

Men can be men and still get excited about other men kicking a ball around and they're never mocked, whereas it's easy for women to take mocking on board, to be belittled. Because we're used to it.

People promise to stick with their spouse 'for richer or poorer' but it's the 'for poorer' part that causes the worry. The big shock is that the 'for richer' bit can also cause problems.

Regardless of the gender of the highest wage earner, the balance of power in the relationship will suffer if the higher earner uses control of the purse strings as a system of reward and punishment. It will also suffer if the lower earner takes a chippy, haughty attitude to spending money they haven't actually generated themselves.

When I first met my husband, he had a very good job - company car, pension plan, grudging respect from his staff - the lot. I, on the other hand, was badly paid and devoid of ambition. Then I had a couple of books published and confounded all expectations by starting to earn more than he did.

When I was growing up, I despised Irishness. I felt our music, our television and our books were just poor imitations of what came out of Britain and America. I was all set to abandon it entirely.

I think denial's fascinating. It's a jokey word, but it really happens, and sometimes in enormous ways.

Do I mind being called a chick-lit writer? Well, it's not the worst thing that could happen.

Every day I wake up afraid that I won't be able to write, that today is the day it has left me.

For feel-good fiction to work, there has to be an element of darkness.

Here's how it is: I feel guilty about every single bite of food that goes into my mouth.

I am prone to despair. We are all born with a particular personality. I get afraid and then I don't want to leave the house.

Much more quotes by Marian Keyes below the page.

I don't like this idea of division: that if you're a clever woman then you've got to be a particular way. Because men don't. Men please themselves.

I haven't had Botox because my face is a bit lopsided and I depend on keeping everything animated so that people don't notice.

I know of people who don't believe it, but depression is an illness, but unlike, say, a broken leg, you don't know when it'll get better.

I like hoodies. They just make me feel safe.

I still get awful depression. It's who I am.

I'd rather dig a ditch than go to a dinner party with people I don't know.

I'm proud of what I write and feel endorsed by my readers.

I'm quite introverted but I'm not shy.

I've been so showered in life, beyond my wildest dreams, such as having a loving partner I never thought I'd have.

I've never made a secret of the fact that I'd have loved to have children.

Love is an emotion. It can't be seen or touched, and it is experienced differently by everyone, therefore it is difficult to measure.

Medically speaking, there is no such thing as a nervous breakdown. Which is very annoying to discover when you're right in the middle of one.

My mother is the best storyteller. And her mother was too.

My truth is that what doesn't kill you makes you weaker rather than stronger, although it makes you wiser.

Optimism can be relearnt.