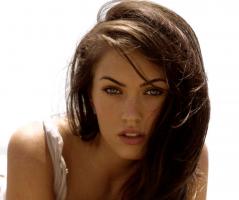 See the gallery for quotes by Megan Fox. You can to use those 8 images of quotes as a desktop wallpapers. 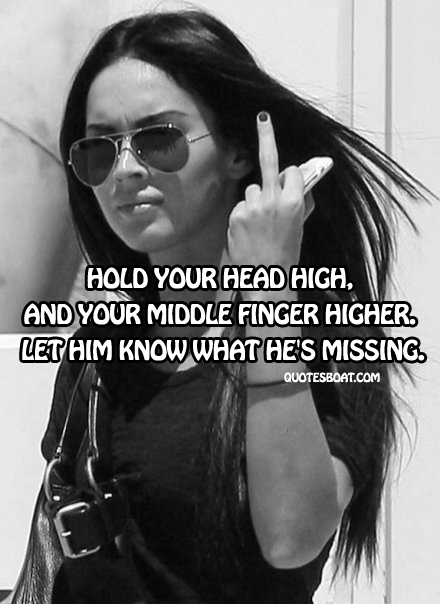 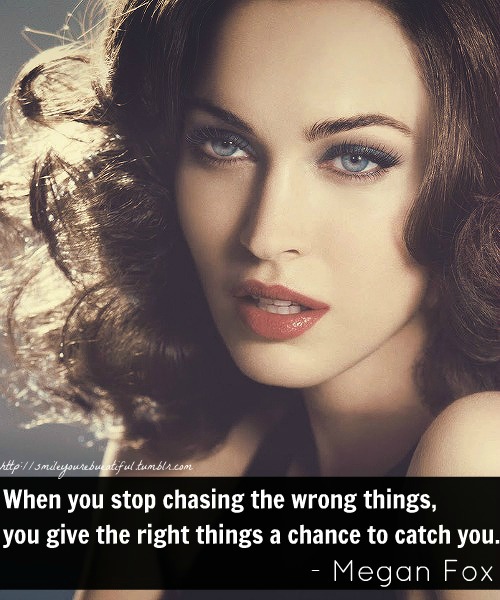 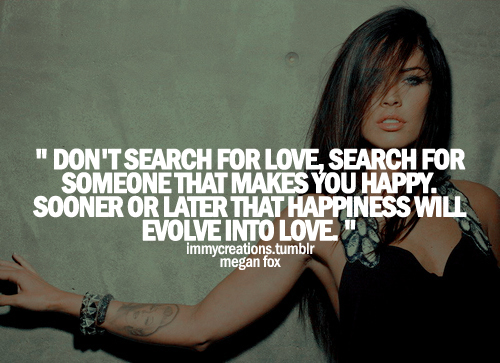 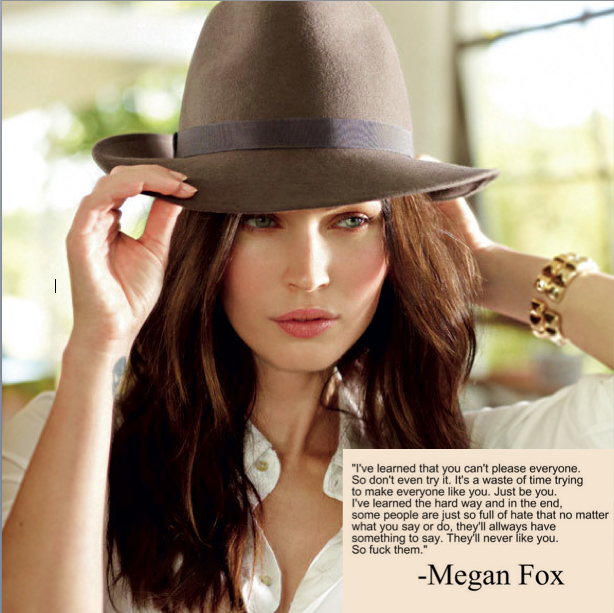 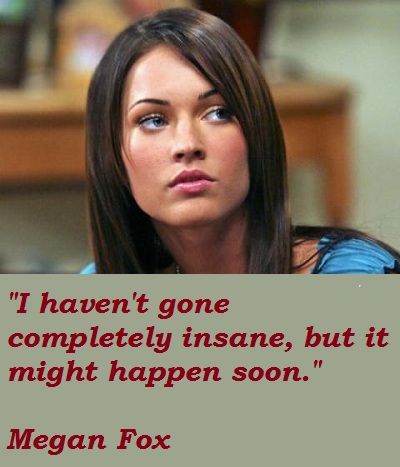 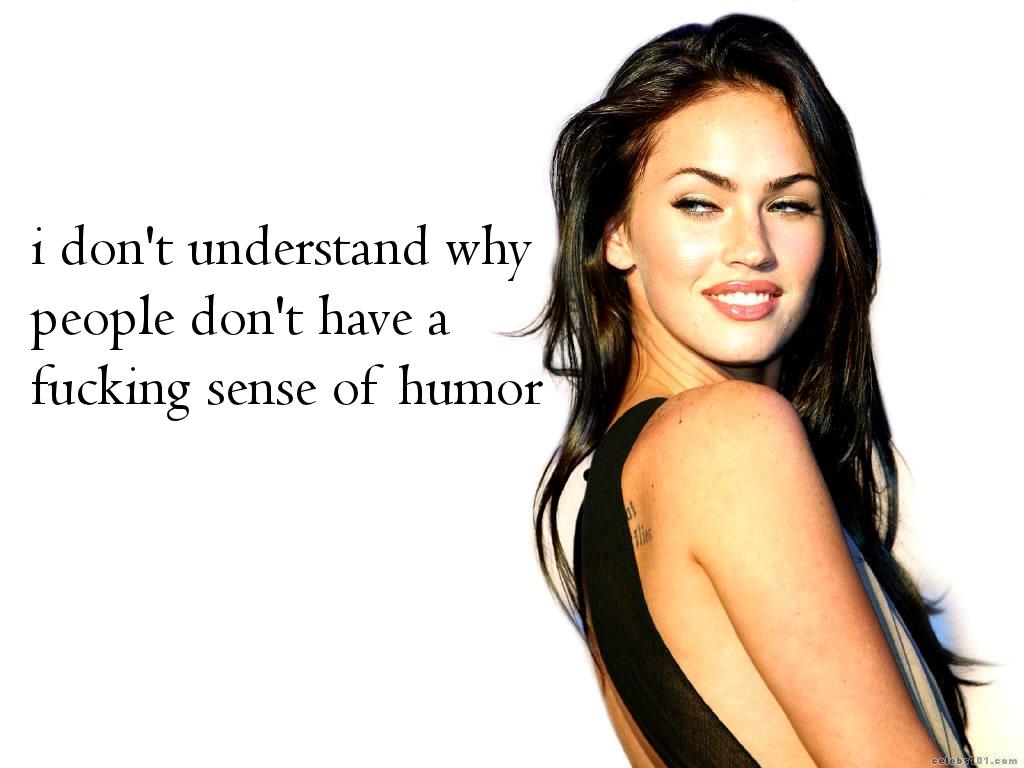 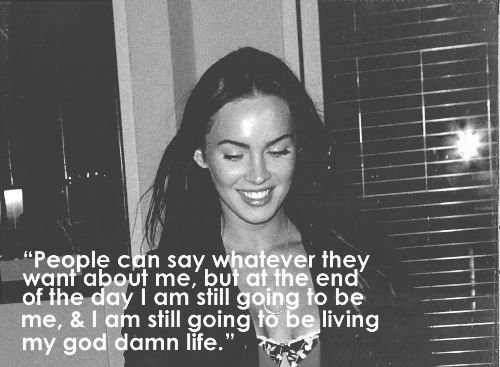 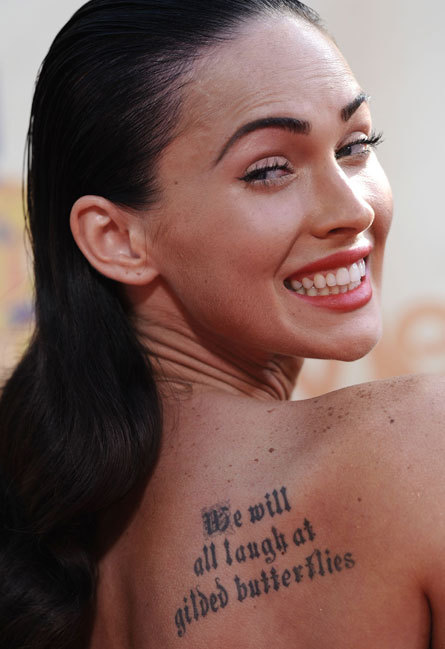 I've never been a big believer in formal education.

Sarcasm doesn't translate in print at all.

When you become a celebrity, the world owns you and your image.

Wonder Woman is lame. She flies around in an invisible jet, but she's not invisible. I don't get it.

But me contradicting a news story is not going to make my words fact. It will just create a new news story.

I don't really resent being on the red carpet as much as I do having to deal with the paparazzi.

I don't think men approach me for intellectual conversation.

I feel intimidated by fashion.

I just grate on my own nerves. I don't like to watch me.

I love comic books. I just do.

I loved 'Teenage Mutant Ninja Turtles.' It was such a big part of my childhood.

I want to be invisible.

I would really love to go on an archaeological dig.

I'm not trying to take Cate Blanchett down.

I'm one of those people who fiercely guards their privacy, so I hate doing interviews.

I've actually stopped tinting my windows because the paparazzi look for trucks and cars with supertinted windows.

If you're billed as a comedian, people will accept anything you say as light-hearted and not with intent behind it.

Much more quotes by Megan Fox below the page.

When I was 14, I thought I was the coolest kid in school because I told everyone the jokes in FHM.

I think all women in Hollywood are known as sex symbols. That's what our purpose is in this business. You're merchandised, you're a product. You're sold and it's based on sex. But that's okay. I think women should be empowered by that, not degraded.

I didn't get along with Lindsay Lohan on 'Confessions Of A Teenage Drama Queen', but you have to consider that we were 16-year-old girls. I haven't seen Lindsay since then, but I imagine she's grown and become a different person. I know I have.

Tags: Become, She, Since

When you think about it, we actors are kind of prostitutes. We get paid to feign attraction and love. Other people are paying to watch us kissing someone, touching someone, doing things people in a normal monogamous relationship would never do with anyone who's not their partner. It's really kind of gross.

Tags: Anyone, Love, Someone

I've done one movie. And it's not a movie I want to stand on as far as acting ability goes. I mean, I'm not going to win an Oscar anytime soon. I'm not Meryl Streep.

I've learned that being a celebrity is like being a sacrificial lamb. At some point, no matter how high the pedestal that they put you on, they're going to tear you down.

When I talk about my husband, I feel as if people roll their eyes. It's like when you're 16 and order a martini, and the waiter says, 'Do you think I'm stupid?'. They can't grasp that I'm old enough to be married.

Zac Efron is my obsession, we're the same person. We're not actually here, it's like Janet and Michael Jackson. He just puts on his wig and a dress, and it's me, and you don't know that. It's one of the greatest mysteries of all time.

I like the bad-boy types. Generally the guy I'm attracted to is the guy in the club with all the tattoos and nail polish. He's usually the lead singer in a punk band and plays guitar. But my serious boyfriends are relatively clean-cut, nice guys. So it's strange.

I think people are born bisexual and the make subconscious choices based on the pressures of society. I have no question in my mind about being bisexual. But I'm also a hypocrite: I would never date a girl who is bisexual, because that means they also sleep with men, and men are so dirty that I'd never sleep with a girl who had slept with a man.

Sometimes I say things that I think are obviously sarcastic and people take them quite literally.

I have no friends and I never leave my house.

I haven't gone completely insane, but it might happen soon.

I could see myself in a relationship with a girl; Olivia Wilde is so sexy she makes me want to strangle a mountain ox with my bare hands. She's mesmerizing.

People who don't like me talk about it as though I'm trash because I have tattoos. I find that insane because it's 2008, not the 1950s. Tattoos aren't limited to sailors. It's a form of art I find beautiful. I love it.

I'm the biggest nerd - I love comic books and stuff like that! I don't have any friends who are actresses. I only had one girlfriend when I was growing up. Most of my friends were boys. I was such a tomboy. I enjoyed doing guy things.

I have the libido of a 15-year-old boy. My sex drive is so high. I'd rather have sex with Brian all the time than leave the house. He doesn't mind.

And you know, the people who hate kids and don't want kids always end up having 50 of them.

I need to behave in a way that will cause people to take me seriously.

I think that I'm so psychotic and so mentally ill that if I could tap into that I could do something really interesting.

I'm smart and I can be really funny and interesting and I can go toe-to-toe with anybody in a conversation.

I have a mouth and I'm not afraid to use it.

I'm very confident in how I project my personality.

If I ever lose a role because of my tattoos, I'll quit Hollywood and go to work at Costco.

To be outspoken, or different at all, is a problem for women.

I'm just really confident sexually, and I think that sort of oozes out of my pores. It's just there. It's something I don't have to turn on.

I resent having to prove that I'm not a retard.

I'm horrible to live with. I don't clean. My clothes end up wherever I take them off. I forget to flush the toilet.

You want to go to work with people you like and where everyone is having fun.

I like funny guys and those, for some reason, tend to be nerdy guys.