See the gallery for quotes by Melissa Rauch. You can to use those 8 images of quotes as a desktop wallpapers. 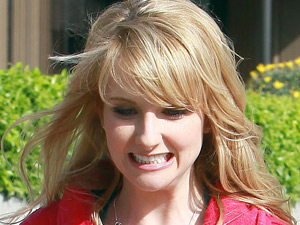 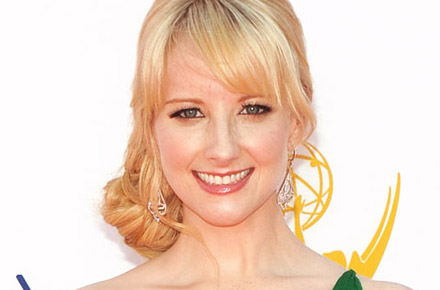 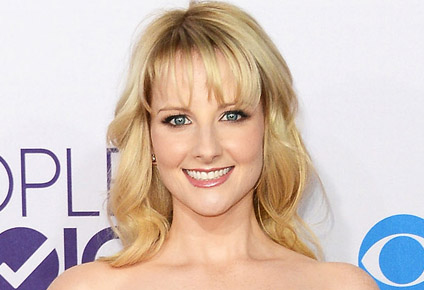 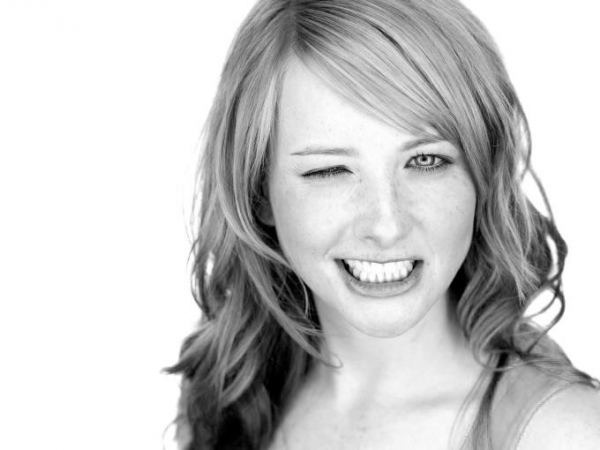 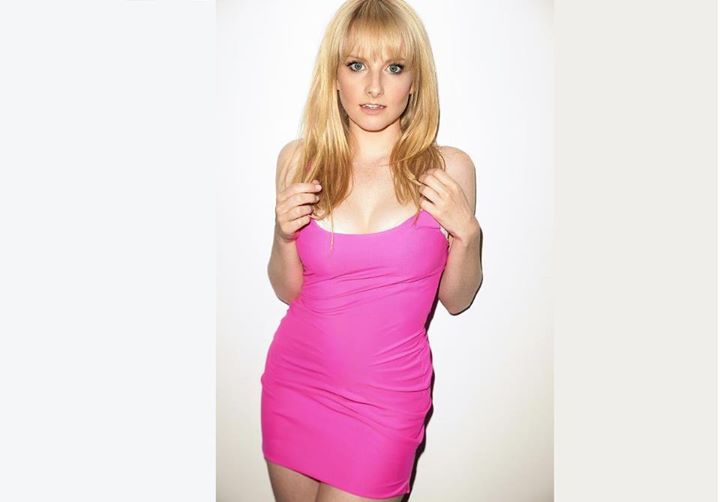 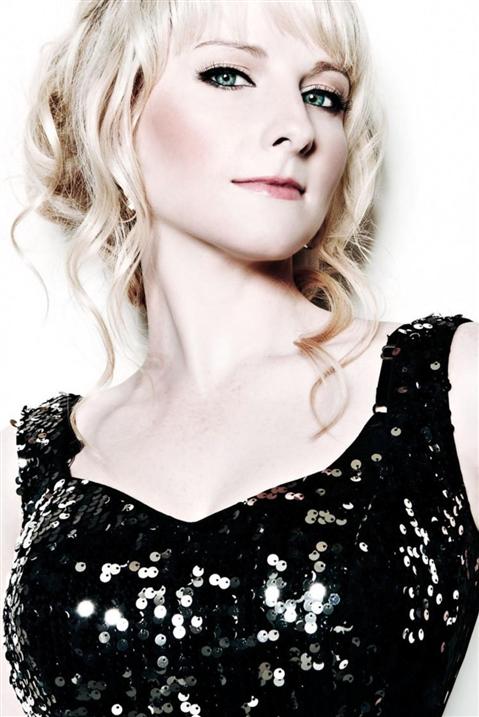 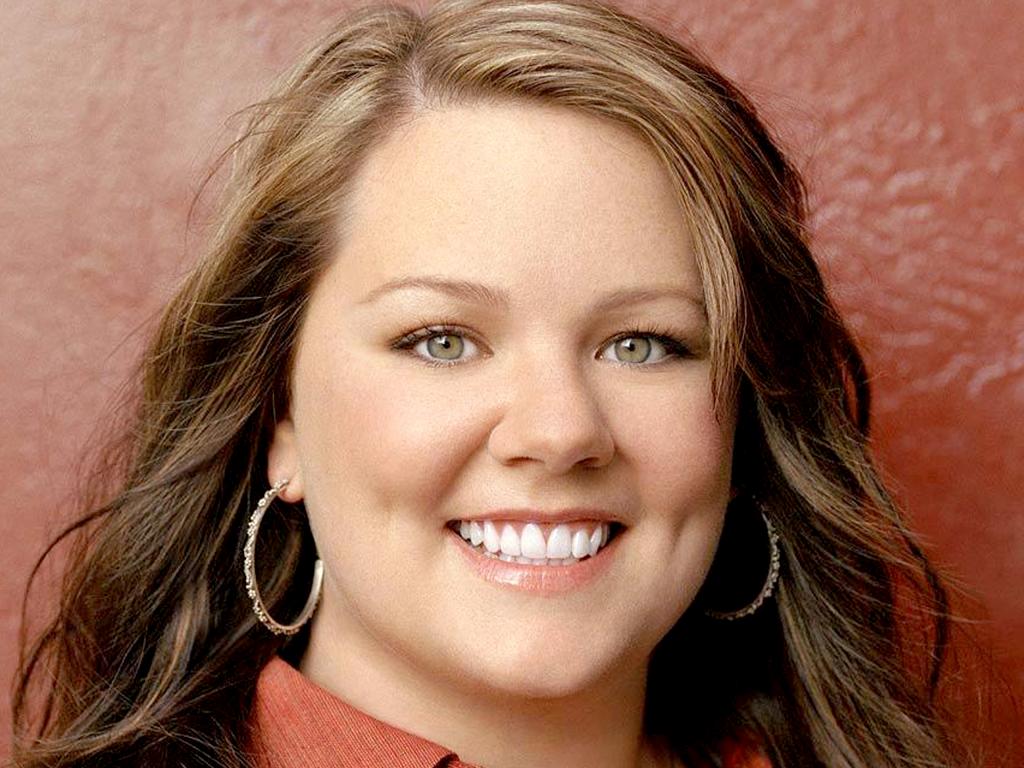 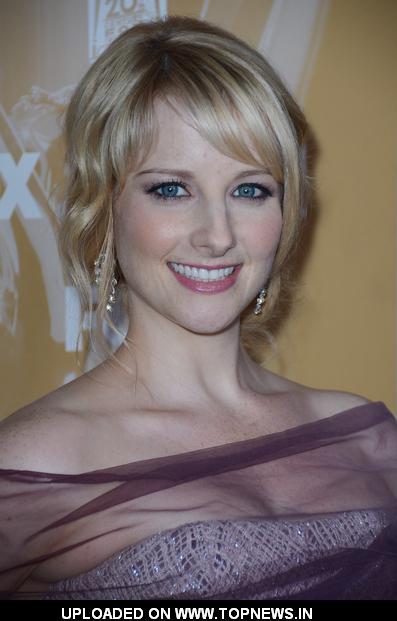 My fear is that, had I stayed in Jersey, I would have become Snooki because I'm just a bottle of hair dye away.

My first waitress job was at Johnny Rockets in New Jersey, and then I waited tables at a sports bar.

We must take down the carnies. I think we need to start a campaign to defeat their scamming ways. I never win the boardwalk basketball game.

I knew from a young age that I wanted to perform. I went to an arts camp called Brookdale Arts Camp, in New Jersey, from the time I was 6, and then I was a counselor there through high school.

I love an arcade. I love a boardwalk game. But I also love a rollercoaster. Though I think the rollercoaster love comes from the fact that it took a really long time for me to reach the height requirement, so I promised myself very early on that when I reach that, I will not take it for granted.

I was a theater dork in high school and did all the plays. My theater teacher in high school, Janet Spahr, was absolutely incredible and mentored me throughout school. She taught me a lot about relying on my instincts.

I was kind of like the Rhea Perlman of the bar. I was like Carla on 'Cheers.' People were more afraid of me. There was a point where I got a little surly. There were only so many chicken wings I could serve before losing the smile on my face.

TV was my life, growing up. I ran home from school to watch television, and even did my homework with the TV on - my mom had a rule that as long as my grades didn't fall, I was allowed to. So it was my dream to work in television.

When I was out of work when I first moved to L.A., one of the first things my husband and I did was buy season's passes to Disney, and whenever I was bummed out about work, we would go to Space Mountain, and it was like a physical injection of anti-depressants.

When my husband came to my parents' house for the first time, he asked, 'Why is everyone screaming? Why are they so angry?' I said, 'No one's angry. This is just how we communicate.'

I am an American citizen born in Kuwait of Egyptian parents. I grew up in Great Britain, Malaysia, and Egypt and have lived in the United States since 1965, when I was seventeen.

I read, read enormously on all different fields of Islamic thought, from philosophy to Islamic literature, poetry, exegeses, knowledge of the Hadith, the teachings of the prophet. That's how I trained myself. And then I was appointed imam by a Sufi master from Istanbul, Turkey.

I was completely surrounded by religion from a young time. I was taught by my father. I engaged in discussions with him and many of these scholars who visited and came around the dining table, the lunch table, and attended many lectures with my dad. And so I learned the apprentice way.

I worked as a teacher in the public school system in New York City for several years, and I was a victim of the layoffs, you know, in the mid-'70s. And then I worked as a sales engineer for a company in New Jersey that was selling industrial filtration equipment.

I've spoken with friends who are rabbis and priests and we've agreed that most people have an emotional attachment to their faith, a desire to fulfill their spiritual longings, but they are not experts in understanding the history of their religion.

In Malaysia, where Western culture was extremely influential, I'd grown up listening to Elvis and the Beatles and watching American movies. People wanted to be like Americans. In contrast, when I got here, I saw prosperous middle-class American college students wanting to somehow join the Third World.

In the Muslim world, there are many people who have been vocal and we have been very vocal against extremists. But how to win this battle is an ongoing battle. And we must continue to wage the battle for peace.

One of the misperceptions that exists in the Muslim world, which needs to be fixed, is the perception that Muslims in America are - are - are living in - in very, very, very bad circumstances. They cannot practice religion freely. It is not the truth at all. The fact is, we are practicing. We fast, we pray, we do our prayers.

Staying chaste until marriage, a commandment of my faith, was one of the most difficult challenges of my young life. I had a powerful sense that if I did not get a grip on my identity, my ethics, and my religion, I would go off the rails.

Sufis teach that we first must battle and destroy the evil within ourselves by shining upon it the good within, and then we learn to battle the evil in others by helping their higher selves gain control of their lower selves.

The American principles of democracy expresses the deepest values of the Sharia both structurally and in the government... Sharia requires us Muslims anywhere to abide by the law of the land.

Much more quotes by Melissa Rauch below the page.

The opposition tried to brand us as the 'Ground Zero megamosque.' The language was deliberately wordsmithed in order to arouse hostility against us. But the idea that the Jewish mayor of New York City and the president of the United States supported a mosque at Ground Zero, and took a lot of flak for it, raised their stature in the Muslim world.

The thing about the Islamic situation is we don't have a church. We don't have an ordained priesthood, which makes it a little complicated. But we do have a tradition of scholarship, and rules of scholarship. It's very much like any field of knowledge.

The ultimate vision is to instate in the Muslim world the notion of multiculturalism, which is part of our heritage and history, part of the fundamental, mainstream ideals of Islam.

There are individuals who are working very hard to promote fear and antagonism towards Islam and Muslims in this country. It's fueled, in part, by the first African-American president that we have. Obama's father was a Muslim and people have used this to arouse hostility against him.

We are Americans. We - we - we are - we are doctors. We are investment bankers. We are taxi drivers. We are store keepers. We are lawyers. We are - we are part of the fabric of America. And the way that America today treats its Muslims is being watched by over a billion Muslims worldwide.

What's brilliant about the United States system of government is separation of power. Not only the executive, legislative, judicial branches, but also the independence of the military from civilians, an independent media and press, an independent central bank.

What's right with America and what's right with Islam have a lot in common. At their highest levels, both worldviews reflect an enlightened recognition that all of humankind shares a common Creator - that we are, indeed, brothers and sisters.

When I arrived in America, I experienced serious culture shock. For someone with a religious upbringing, the 1960s were an extremely difficult time. Even though religion was a big part of the civil rights and peace movements, in my college religion was treated as irrelevant, hopelessly stodgy, and behind the times.

The truth is that killing innocent people is always wrong - and no argument or excuse, no matter how deeply believed, can ever make it right. No religion on earth condones the killing of innocent people; no faith tradition tolerates the random killing of our brothers and sisters on this earth.

Tags: Anyone, Everyone, Terrorism

Koran says whoever believes in God in the last day shall be saved. It is a religion whose very name, Islam, comes from the word Shalom, which means peace. It's about establishing peace. We greet each other with peace be upon you, which the Jews do in greeting each other.

I as a Muslim want you, as a Christian, to really be a perfect Christian. I want my Jewish friends to be perfect Jews, to live according to the highest principles of what it means to be a Jew, to be a Christian, to be a Muslim.

Any organization or any individual that targets civilians and kills them for political agenda is a terrorist organization.

Bigotry toward any faith community cannot have any place in civilized society anywhere in the world.

I'm not an agent from any government, even if some of you may not believe it. I'm not. I'm a peacemaker.

In spite of the polls, the fact is that American Muslims are very happy and they thrive in this country.

'Jihad' can mean holy war to extremists, but it means struggle to the average Muslim.

My life has been devoted to peacemaking.

Religion is defined by the relationship between God and man. And Islam is the submission and the acknowledgment of the human being to the creator.

There are always people who will - who will do peculiar things and think that they are doing things in the name of their religion.

We are not going to toy with our religion or any other. Nor are we going to barter. We are here to extend our hands to build peace and harmony.

We tend to forget in the West that the United States has more Muslim blood on its hands than Al Qaeda has on its hands of innocent non-Muslims.

Yusuf Qaradawi is probably the most well-known legal authority in the whole Muslim world today.

A kind of racism still exists in the United States, and Islamophobia is a more convenient way to express that sentiment. There has also been an attempt to paint Muslims as enemies of the United States.

Americans must outgrow the unbecoming arrogance that leads us to assert that America somehow owns a monopoly on goodness and truth - a belief that leads some to view the world as but a stage on which to play out the great historical drama: the United States of America versus the Powers of Evil.

God says in the Quran that there is only one true religion, God's religion. It's the same theme that God revealed to all of the prophets, even before Muhammad.