See the gallery for quotes by Michel Gondry. You can to use those 8 images of quotes as a desktop wallpapers. 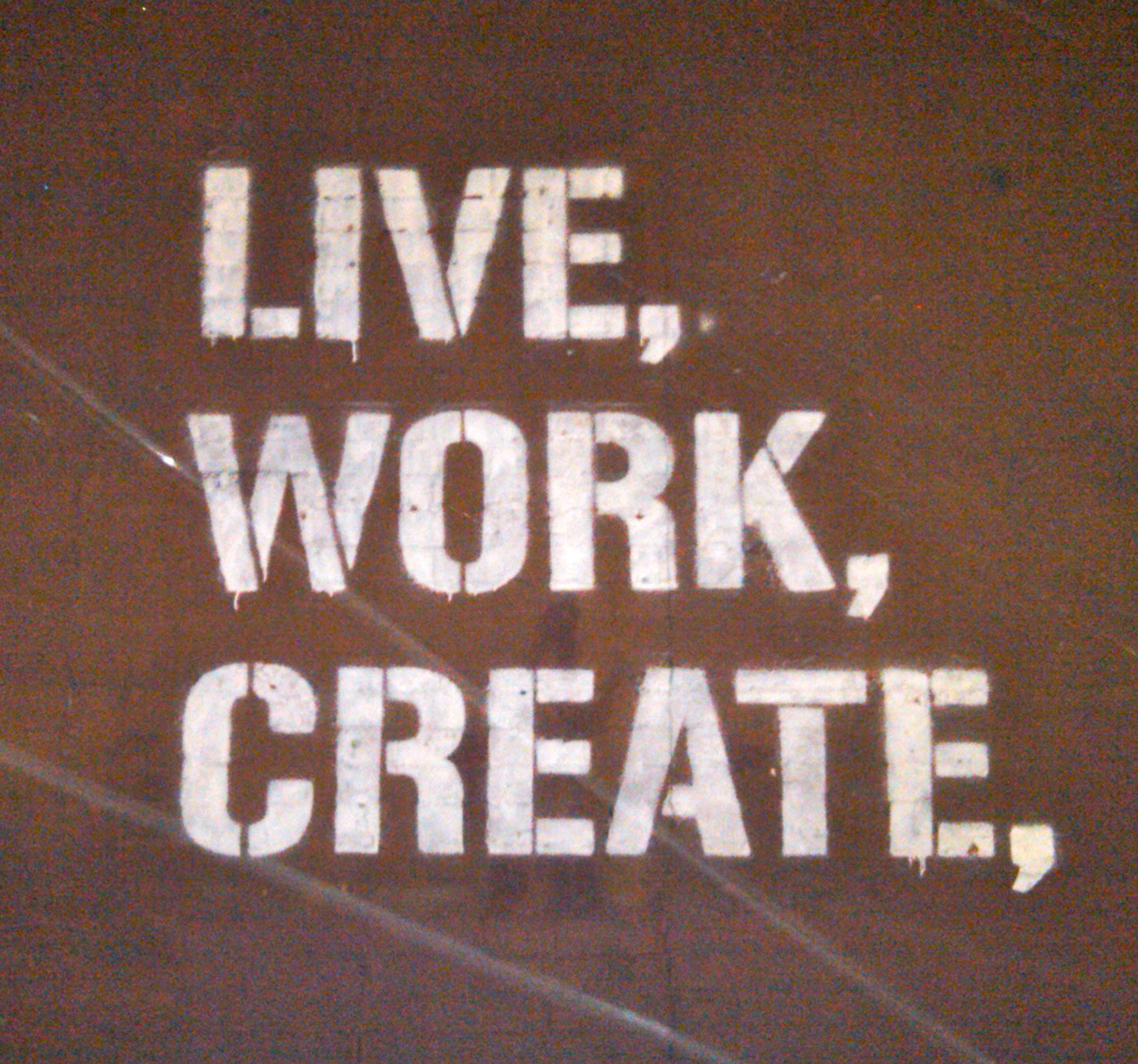 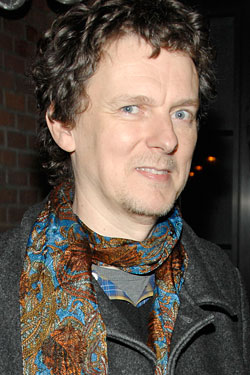 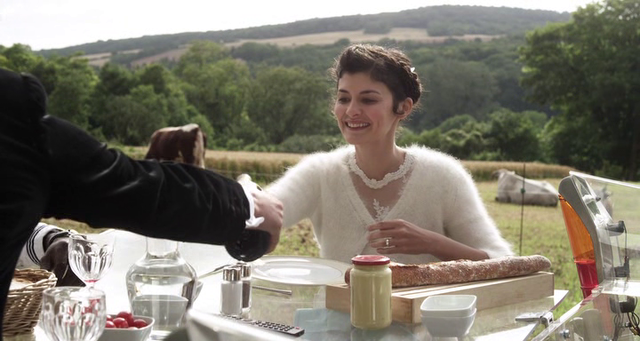 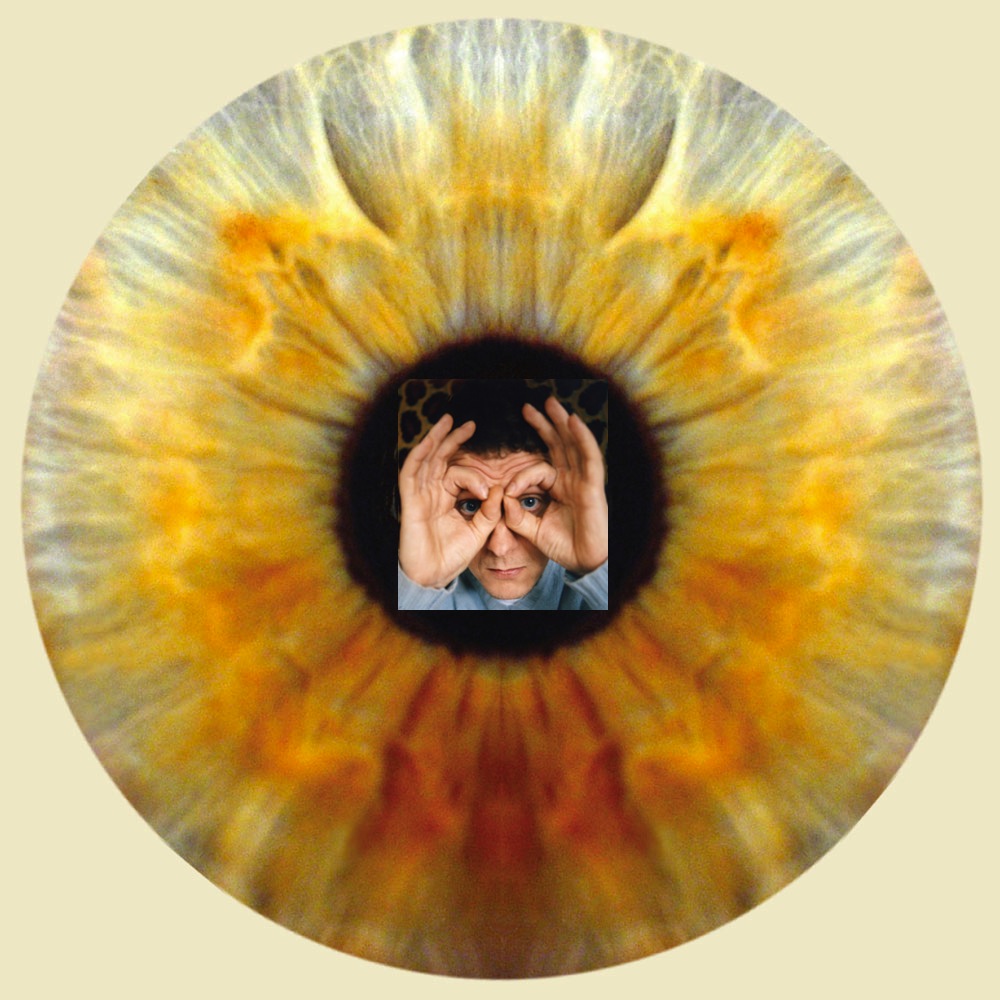 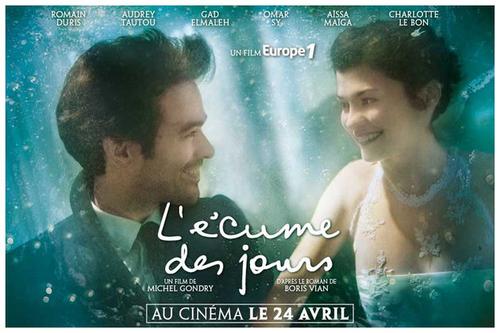 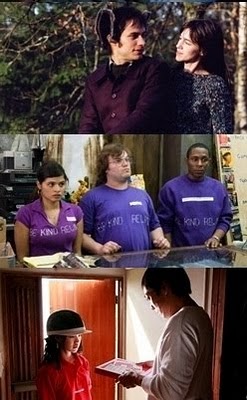 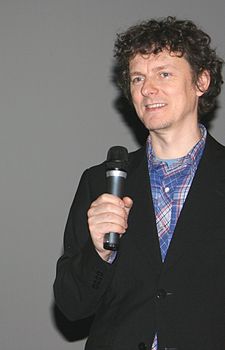 I try to learn from both, from features and documentaries. In both cases you have to find a way to make the camera as discreet as possible, and flexible enough to be able to capture the moment when it happens. I know from documentary how to not have a preconceived idea of what the scene could be.

I'm attracted to working with comedians because they don't have that stars' idea of what a hero should be. The downside is they're always addressing the camera too much.

I've always loved 3D. In fact, as a kid, I was exposed to 3D at an early age because my grandfather was a specialist of 3D in cinematheques. And then my cousin put it in 'Science of Sleep' with toilet paper tube cities. But he was a specialist and I always wanted to do something in 3D.

Michael Jackson will always be my favorite pop musician; he was for years and years until his death, which was horrible to me. So I like pop culture. But to me, even if it's popular, there is a quality in the music you have to be able to appreciate.

My grandfather lived across the garden from us, and in his attic he had a lot of radios, appliances and inventions that he had made over 50 years, such as a keyboard called a clavioline, which can be heard on some Beatles songs - it was popular in the 60s. So we had all that at home.

People who get to express their voice are paid by the people who make profit from it. So they're going to make you believe you have to spend your money buying these products otherwise you won't be happy. This is really wrong. Especially the implication it carries.

Sometimes it's interesting to see something that you're not used to seeing, which is the main ingredient of life, and it's removed from the usual entertainment. I think it's important to give the opportunity to people to witness the life of somebody who was not public.

That's what the internet is: it's like bombarding your eyeballs with these myriad blinking colour lights. It's like trying to watch a movie on your phone in the middle of Times Square.

The first dolly track was somebody who had the idea to put the camera on a boat on a canal. So the boat would move very slowly but steadily. So they would see all that surrounds you and you'd see the landscape changing slowly. So that was the first time.

When I shoot actors, I have that dilemma. I want the actor to be good, and sometimes I have to push them to a place that isn't pleasant. I always think: 'Is it worth doing for the sake of the movie?' But I have to remember the bigger picture.

You need philosophy. It sounds a little pompous but I think when you direct a film, the only way to find a response to the questions you keep asking yourself is to have a philosophy.

I learned to drive when I was 35. I'm driving like an old lady and very close to the wheel. I don't take many risks, and when people yell at me I say 'sorry, sorry, sorry!' I don't have road rage yet.

I don't mock things, which makes me more vulnerable to mockery myself. If you're cynical, you're protected from mockery. But I have to be nice. I don't think I have irony. A sense of humour, yes, but not irony.

I don't like the idea of competition - maybe because I kept losing them when I was a kid. Maybe it's better to be the one who loses?

When people are very original, sometimes they are original as a way to resist the mainstream.

I had a lot of encouragement and tolerance from my parents, but I also have many friends who didn't get that from their parents and in a way they have more strength from spending years where nobody believed in them.

In my opinion, it's more interesting to see magic happening in a world that feels grounded. If the world is already crazy, then anything can happen. So it's better to start with something real.

All these gadgets, the phone and the computer, they expose the inside of your brain in a way that's bad.

At school I was very shy. I wasn't funny really.

I think it's a problem when journalists have the title of their article before they do the interview, because it biases the way they conduct it.

It's very hard to say I'm surrealist. It's like saying I'm poetic. It's not something you want necessarily to be aware of.

My father had a Super 8 camera when I was a kid and sometimes he would use it. I did some animation with it. I did a lot of flipbooks.

Pop music is created by repression - and then the system takes it and makes even more money with it!

The beauty of doing film is that you construct whatever you do block by block and you can build something that will stay.

Much more quotes by Michel Gondry below the page.

The MTV Video Awards were never about the video, but about the song. Most of the time it was just to glorify people for the wrong reason.

The problem is, with a lot of children's films, they are very commercial.

There's nothing worse than a dream sequence done all in post-production.

I always wanted to create this community that would come and tell their own story, shoot it - and watch them. The idea is to not have one entity who creates the work, the project, and another entity who consumes it; the idea is people create their own work, like somebody cultivating his garden.

I don't call cut between the takes - it's my way to help the actor keep focused. As soon as you say 'cut' you have 10 people jumping on them and everybody's trying to do a great job, and they do, but sometimes they forget that the more important thing is the performance, creating the performance.

I don't like vampire movies or zombie movies. I went to see 'I Am Legend' with an ex-girlfriend the other day, and I immediately realised it was a zombie movie! You know what I mean? There are certain rules, and those rules are things that you've seen many times.

I don't want to compare myself to him - I don't want people to see me as this great genius - but when I see Charlie Chaplin's movies there is a combination of drama, naivety and social meaning that I can see in myself, at a different level.

I like the days when all the filmmakers had was a film roll, a camera and a gangster. The Mack Sennett comedies were all like that. They'd create little teams to go out and shoot films.

I think my imagination dictates the technologies I use. But at the same time, my imagination can be technologic. Sometimes I see a tool and I know immediately how to use it, but most of the time I use the tool for an idea I already have.