See the gallery for quotes by Navid Negahban. You can to use those 7 images of quotes as a desktop wallpapers. 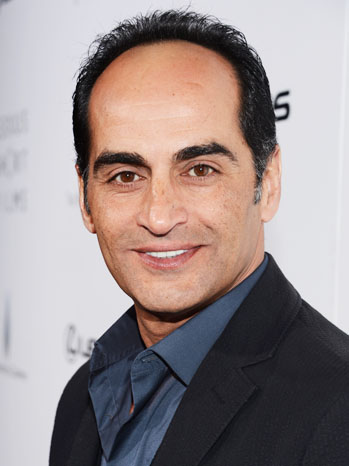 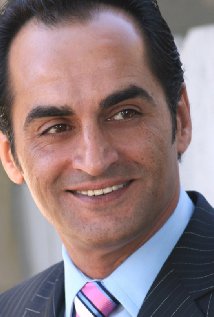 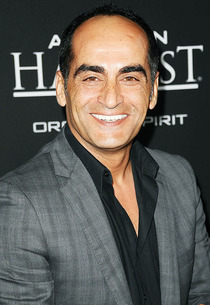 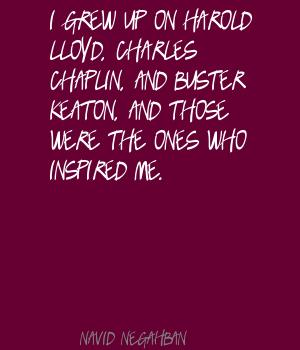 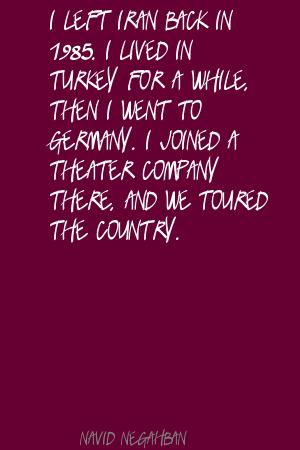 I grew up on Harold Lloyd, Charles Chaplin, and Buster Keaton, and those were the ones who inspired me.

I left Iran back in 1985. I lived in Turkey for a while, then I went to Germany. I joined a theater company there, and we toured the country.

I like 'Shameless.' The first season I just watched it straight through. I literally didn't get up. I just had to finish it.

I speak Farsi, German, Dari, and I understand Turkish, but I haven't used it since 1985, so I'm a bit rusty.

I think we're always intrigued by things we're not familiar with.

As actors, if we are truthful to ourselves and we know what we can do and what we cannot do and just go after it, there are possibilities out there. If you don't try, you won't find out if you get them or not.

As an actor sometimes we sit and wait for projects to be handed to us and we don't really work. We expect our agents and managers to know who we are and to see who we are and offer us a part or send us out and submit us.

Before 9/11, I was playing a wide range of characters. I would play a lover, a cop, a father. As long as I could create the illusion of the character, the part was given to me. But after 9/11, something changed. We became the villains, the bad guys. I don't mind to play the bad guy as long as the bad guy has a base.

I lived with a German family. I learned about schnitzel from Ritta Seiffer. When she cooked she'd get the oil really hot so that it sealed everything and in the middle was very juicy. That's the secret to a great schnitzel.

When I was I kid, there were so many different things that I wanted to be. As an actor, I get a chance to be all of those things, at least for a couple of days, which is fun.

Tags: Someone, Understand, Yourself 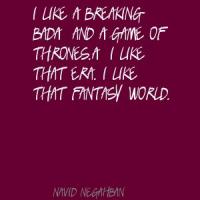 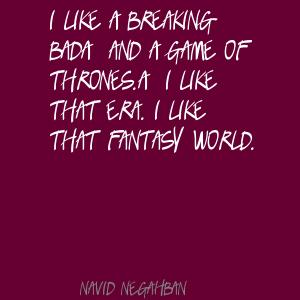