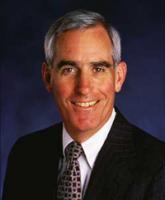 See the gallery for quotes by Pete Coors. You can to use those 8 images of quotes as a desktop wallpapers. 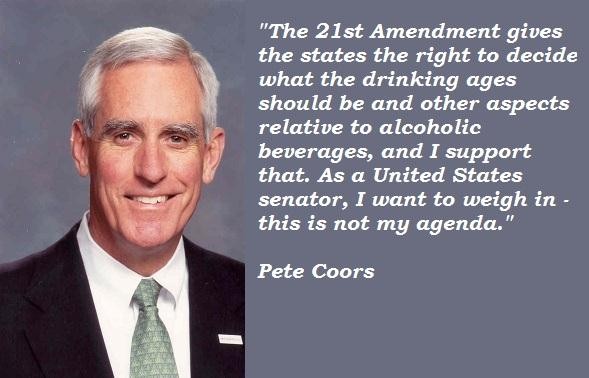 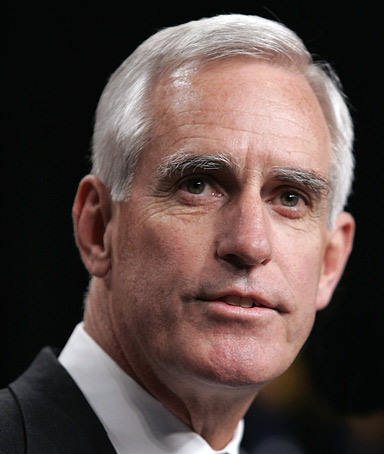 We've got gays working there. If they can demonstrate long-term relationships, we make same-sex benefits available just as we do with common-law marriages. Gays are productive people. Some fly airplanes, some work in breweries.

If it went on the ballot in Colorado, I would vote to lower the drinking age.

I'm a little skeptical about using the Constitution this way, but I also believe marriage is between a man and a woman and that the courts shouldn't legislate this matter.

I've always wanted to serve my country in some capacity.

I don't want to get in a big, long discussion about right and wrong, but our company has been working on the issue of underage drinking and alcohol abuse for a long time. I've been outspoken about it.

I supported Bob Schaffer's three races for Congress. But we all had concerns about whether he could win statewide. Then my wife suggested that I get it.

The 21st Amendment gives the states the right to decide what the drinking ages should be and other aspects relative to alcoholic beverages, and I support that. As a United States senator, I want to weigh in - this is not my agenda. 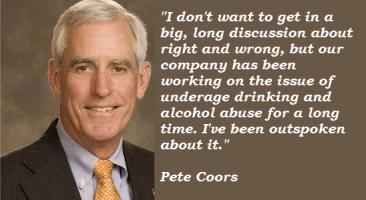 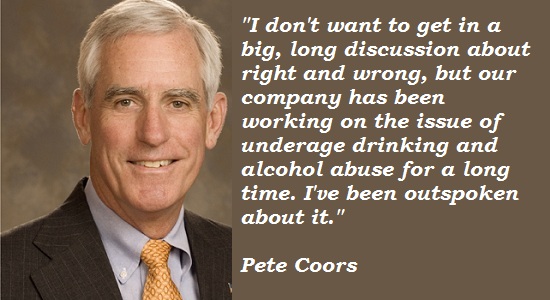 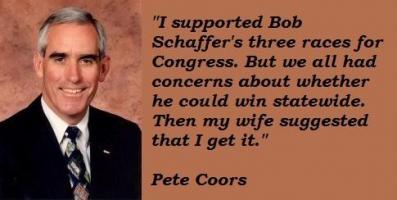 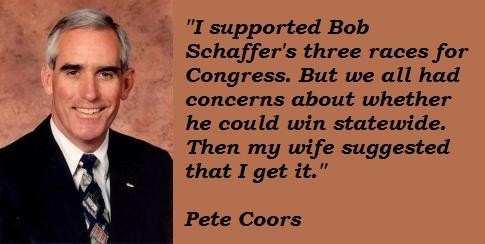