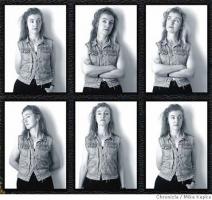 See the gallery for quotes by Rebecca Solnit. You can to use those 7 images of quotes as a desktop wallpapers. 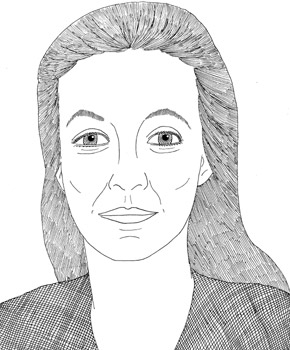 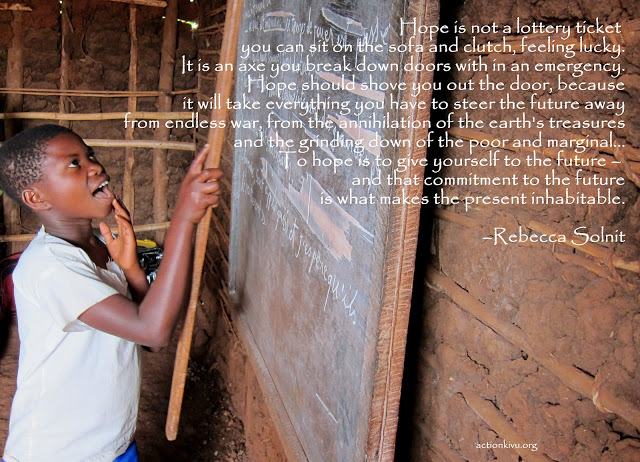 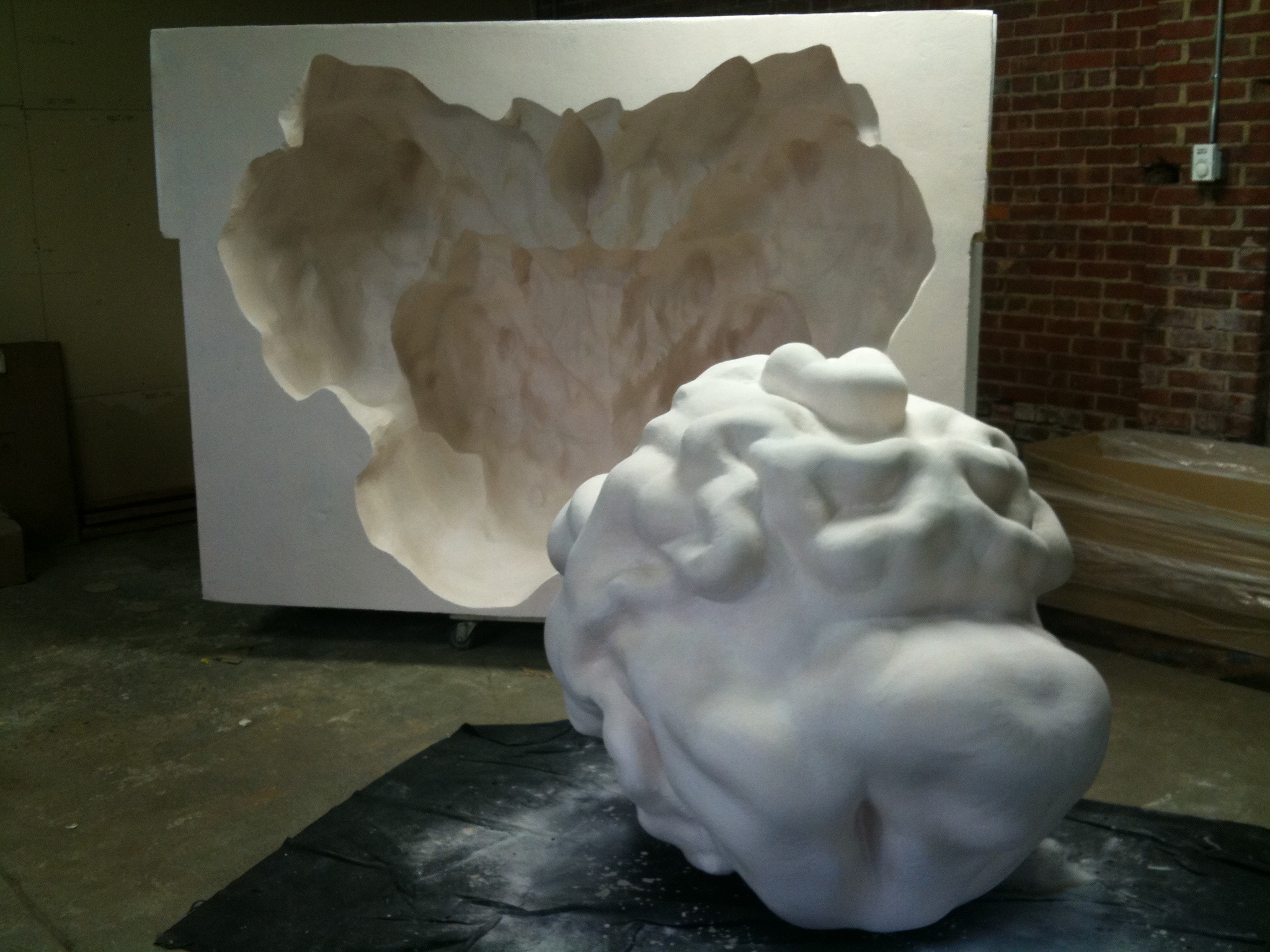 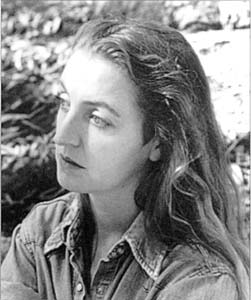 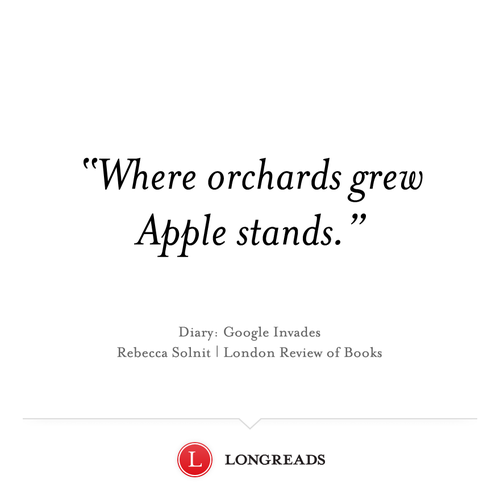 Men explain things to me, still. And no man has ever apologized for explaining, wrongly, things that I know and they don't. Not yet, but according to the actuarial tables, I may have another fortysomething years to live, more or less, so it could happen. Though I'm not holding my breath.

More and more I think of privatisation as being not just about the takeover of resources and power by corporate interests, but as the retreat of citizens to private life and private space, screened from solidarity with strangers and increasingly afraid or even unable to imagine acting in public.

Panic is rare, looting is essentially insignificant, people are not terrified and trampling each other to flee from a disaster scene, but in fact are trying to manage a situation. We may in fact revert to some sort of primordial civility.

Revolution is a phase, a mood, like spring, and just as spring has its buds and showers, so revolution has its ebullience, its bravery, its hope, and its solidarity. Some of these things pass.

The exercise of democracy begins as exercise, as walking around, becoming familiar with the streets, comfortable with strangers, able to imagine your own body as powerful and expressive rather than a pawn.

The great majority of people are calm, resourceful, altruistic or even beyond altruistic, as they risk themselves for others. We improvise the conditions of survival beautifully.

The more we heat up the planet, the more it costs all of us, not just in money, but in colossal famines, displacements, deaths, and species extinctions, as well as in the loss of some of the things that make this planet a blue-green jewel, including its specialized habitats from the melting Arctic to bleaching coral reefs.

The world you live in is not a given; much of what is best in it has been built through the struggles of passionate activists over the last centuries. They won us many freedoms and protected many beauties. Count those gifts among your growing heap.

To say that everything without exception is going straight to hell is not an alternative vision but only an inversion of the mainstream's 'everything's fine.'

Credibility is a basic survival tool.

To be hopeful means to be uncertain about the future, to be tender toward possibilities, to be dedicated to change all the way down to the bottom of your heart.

Given a choice between their worldview and the facts, it's always interesting how many people toss the facts.

Having the right to show up and speak are basic to survival, to dignity, and to liberty.

I walk wherever my errands take me.

It's hardly surprising that the corporate aliens lie when it comes to the relationship between doing something about climate change and the economy.

People rescue each other. They build shelters and community kitchens and ways to deal with lost children and eventually rebuild one way or another.

Revolution is as unpredictable as an earthquake and as beautiful as spring. Its coming is always a surprise, but its nature should not be.

Sometimes it seems that the fate of the world is decided entirely in the ether of electronic communications and corporate backroom deals.

The Earth we evolved to inhabit is turning into something more turbulent and unreliable at a pace too fast for most living things to adapt to.

The oil dinosaurs want to win so badly in my home state because what happens here matters everywhere. The nation often follows where California goes.

Much more quotes by Rebecca Solnit below the page.

There are infinite shades of grey. Writing often appears so black and white.

Violence always seems to me the worst form of tyranny. It deprives people of their rights, including the right to live.

We talk about politicians being in public life, but they seldom appear in the public space where everyone is free to appear as a citizen.

Women often find great roles in revolution, simply because the rules fall apart and everyone has agency, anyone can act.

As I started to pursue the subject more deeply I realized that walking was this wonderful meandering path through everything I was already interested in - gender politics, public space and urban life, demonstrations and parades and marches. The relationship between walking and thinking and between the mind and the body.

Everywhere people are at work to build a better world in which we - and some of the beauty of this world - will be guaranteed to survive. Everywhere they are at war with the forces threatening us and the planet.

For me, being in a car or on an airplane is like being in limbo. It's this dead zone between two places. But to walk, you're some place that's already interesting. You're not just between places. Things are happening.

For millions of years, this world has been a great gift to nearly everything living on it, a planet whose atmosphere, temperature, air, water, seasons, and weather were precisely calibrated to allow us - the big us, including forests and oceans, species large and small - to flourish.

Globally, as the nation-state becomes increasingly less meaningful - a provider of positive goods and more and more just an army and some domestic enforcement - people are withdrawing to shape and support more localised forms of organisation and power. To the extent that it's part of that civilised and localising world, the same is true of the U.S.

I feel often that we don't have the right language to talk about emotions in disasters. Everyone is on edge, of course, but it also pulls people away from a lot of trivial anxieties and past and future concerns and gratuitous preoccupations that we have, and refocuses us in a very intense way.

Tags: Away, Future, Past

I'm grateful that, after an early life of being silenced, sometimes violently, I grew up to have a voice, circumstances that will always bind me to the rights of the voiceless.

It's not that bad things never happen. But there's a pattern in which most people are calm, resourceful, altruistic, and they improvise emergency systems that work really well - whether it's getting the babies out of a collapsed hospital or putting together a community kitchen to feed everybody for the next few months.

Joy doesn't betray but sustains activism. And when you face a politics that aspires to make you fearful, alienated and isolated, joy is a fine initial act of insurrection.