See the gallery for quotes by Rene Cassin. You can to use those 7 images of quotes as a desktop wallpapers. 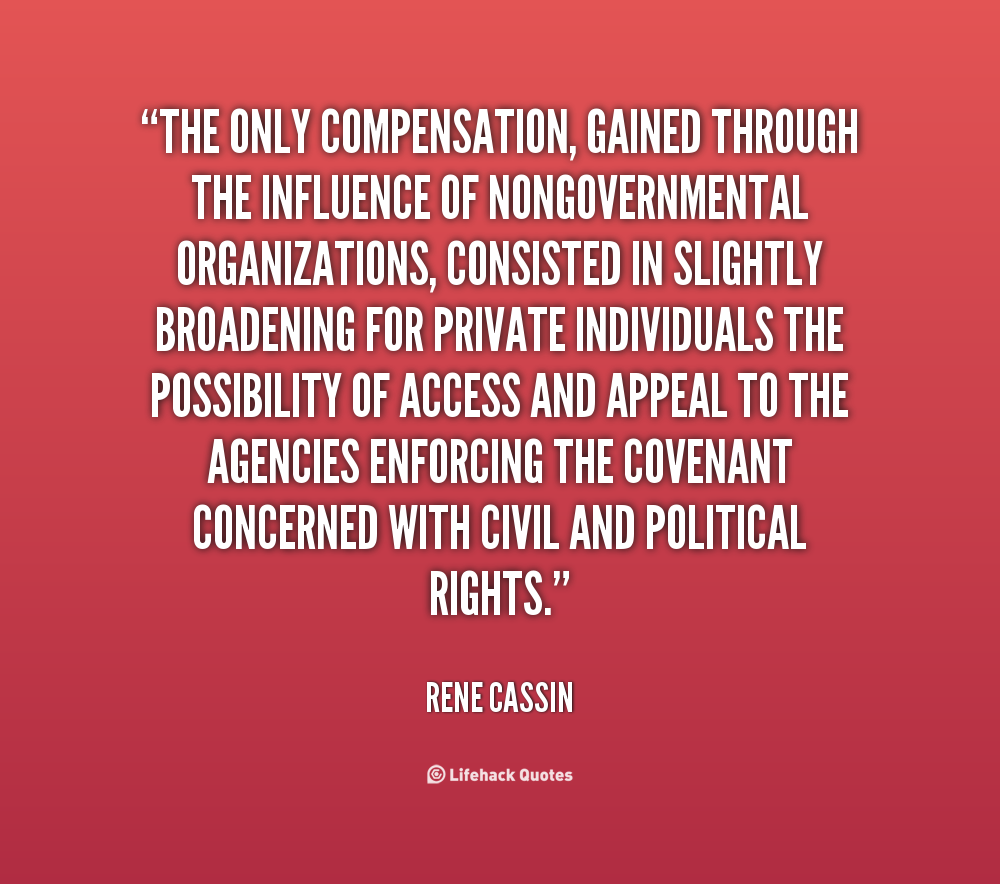 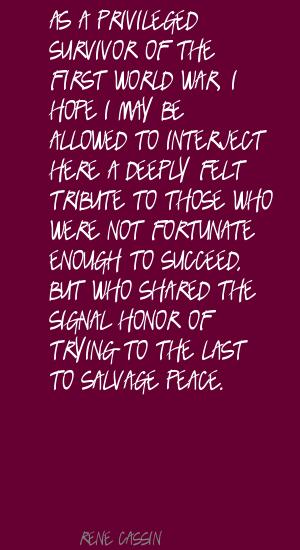 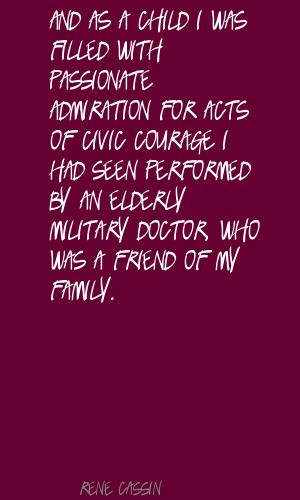 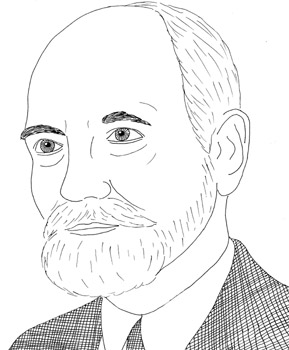 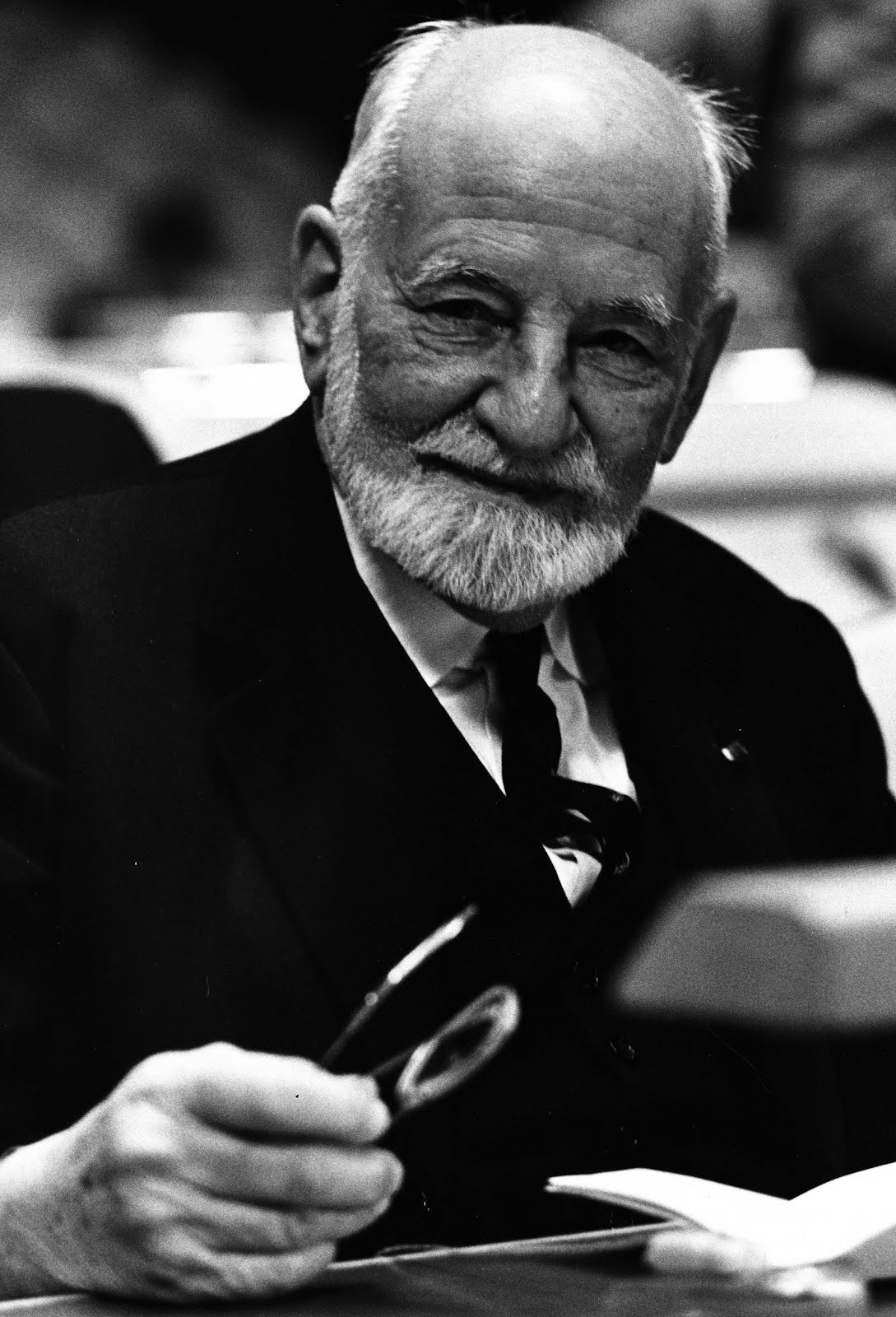 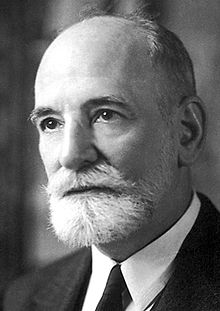 As a privileged survivor of the First World War, I hope I may be allowed to interject here a deeply felt tribute to those who were not fortunate enough to succeed, but who shared the signal honor of trying to the last to salvage peace.

And as a child I was filled with passionate admiration for acts of civic courage I had seen performed by an elderly military doctor, who was a friend of my family.

As a consequence of these hesitations and of the vague character of such innovations, the Commission on Human Rights itself had doubts from the beginning about its role and its functions in general.

As corollaries to the right of every individual to life and to full participation in society, the Declaration incorporated in the list of human rights the right to work and a certain number of economic, social, and cultural rights.

How is it that, once victory took form and the horrible spectacle of the extermination camps was revealed, we could have shamelessly broken the promises given to the peoples in those years of ordeal?

I shall confess at the outset that it was only shortly after the beginning of this century that I entered active life - with a somewhat precocious capacity for involvement.

In less than eighteen months, it prepared a first draft which it submitted to the General Assembly and which, at the end of one hundred sessions of elevated, often impassioned discussion, was adopted in the form of thirty articles on December 10, 1948.

Similarly, the problem of the rights of the state in the disposition of inheritances left by individuals presents social aspects of the first importance.

The implementation measures of both Covenants, but especially those of the Covenant concerning civil and political rights, were considerably weakened to the point where they assumed an optional character.

The only compensation, gained through the influence of nongovernmental organizations, consisted in slightly broadening for private individuals the possibility of access and appeal to the agencies enforcing the Covenant concerned with civil and political rights.

The other salient characteristic of the Declaration is its universality: it applies to all human beings without any discrimination whatever; it also applies to all territories, whatever their economic or political regime.

The single outstanding exception was the broad yet precise mandate communicated by the General Assembly in 1946 to prepare as soon as possible the Charter of Human Rights which the San Francisco Conference had not had the time or the courage to draw up.

When France resolved, along with England, to lend assistance in the legitimate defense of Poland, the realization burst on us that a conflict of awesome proportions was inevitable.

I don't write women who are weak or simpering.

I love to walk into Borders or Barnes & Noble and see my books there. It's fabulous.

I've seen a big shift, especially in my classroom, with women standing up and demanding respect. That's in every woman, whether 16, 26, 56.

Kids definitely go into bookstores after reading 'Twilight' and want something else like it.

Tags: After, Else, Kids

As a successful romantic novelist - one of my publishers is Mills & Boon - I create the sort of male heroes that no woman could fail to adore and few real men could hope to emulate.

I'm from a family of teachers. My father would drown me in the bathtub if my daughter didn't graduate from college. I don't care who she is or what she does. Just get the diploma.

Much more quotes by Rene Cassin below the page.

If you're too scared to put your dreams, thoughts, desires, fantasies on paper and share them with the world, then being an author isn't the right career for you.

With a young-adult series, you need to get a lot of books out on the market quickly. Teenagers aren't going to wait years and years for the next book.