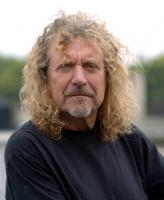 See the gallery for quotes by Robert Plant. You can to use those 5 images of quotes as a desktop wallpapers. 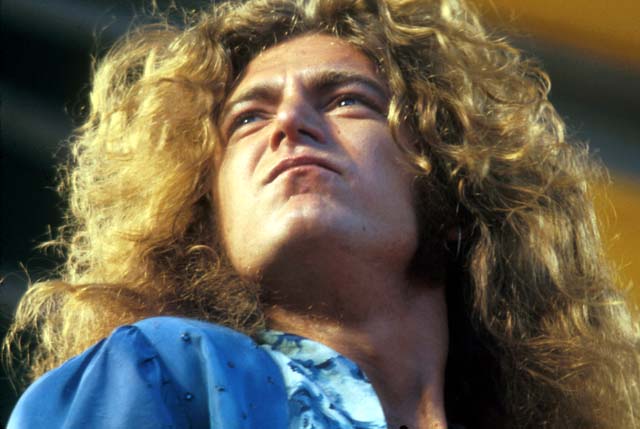 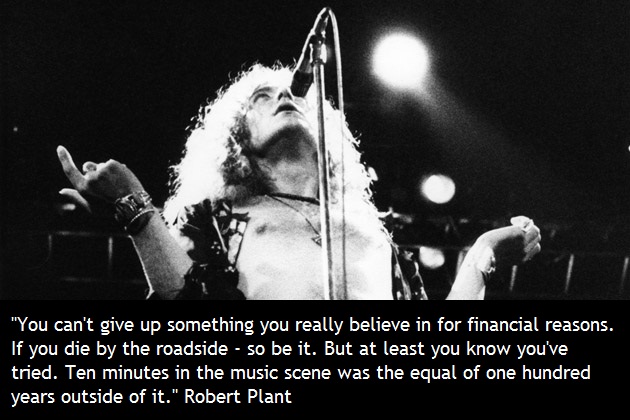 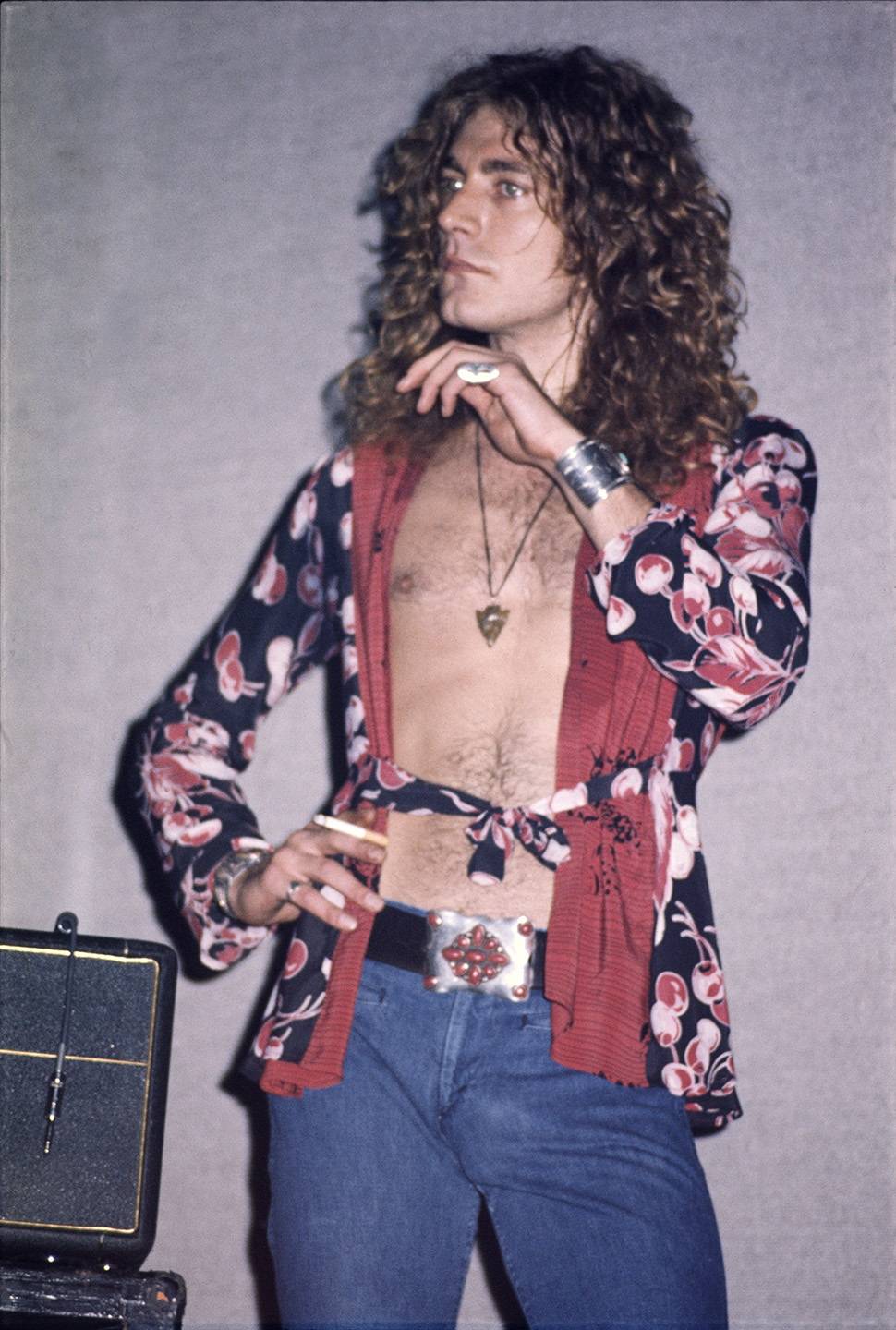 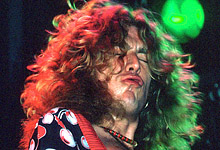 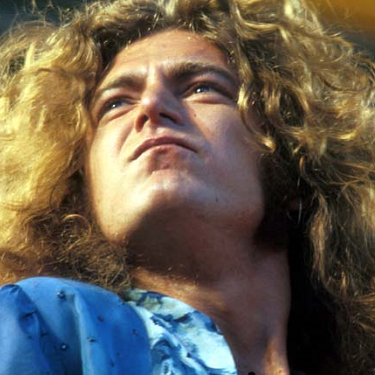 I don't want to scream 'Immigrant Song' every night for the rest of my life, and I'm not sure I could.

I have to try and change the landscape, whatever it is.

I know that bands that haven't put out a record for 10 years are playing to 20,000 people a night. But that's not the achievement.

I really had to think and learn about musical intervals.

I still like to get carried away - but passively.

I think I surprise myself.

I think I'm prone to panic.

I think Led Zeppelin must have worn some of the most peculiar clothing that men had ever been seen to wear without cracking a smile.

I think we're in a disposable world and 'Stairway to Heaven' is one of the things that hasn't quite been thrown away yet.

Tags: Away, Heaven, Quite

I wanted my voice to be a tenor sax, really.

I've been scared and I've liked not hanging on to stuff where I know that I'm in my comfort zone.

I've got the big name, but I've always wanted to be in a band, one of a band.

I've still got a twinkle in me.

Much more quotes by Robert Plant below the page.

I've stopped apologizing to myself for having this great period of success and financial acceptance.

It's a two-dimensional gig being a singer, and you can get lost in your own tedium and repetition.

It's not some great work of beauty and love to be a rock-and-roll singer.

My dad played fiddle as well.

Now I'm a blithering oaf hanging on to the coatsleeves of commerciality.

So for a long time I closed my eyes to the possibility of America having a white voice.

So many white kids, English kids - we had no culture.

The events between 1968 and 1980 were the kind of cornerstone for everything I've been able to do, they gave me the springboard.

The kind of vocal exaggeration that I developed was based on what key songs were in.

The past is a stepping stone, not a millstone.

Theatres are built because they were the boards for entertainment.

There are always generic terms like 'Americana', but there are no boundaries as to where it can go.

There's a similarity between European and North African folk musics.

There's no point stepping up to the golden platform if you're going to repeat yourself.

There's nothing new under the sun - you just get a can of paint out.

There's nothing worse than a bunch of jaded old farts, and that's a fact.

To rock isn't necessarily to cavort.

When I was a kid, I was following black soul music.

When you're 20 years old and you're making points with volume and dynamism, it's a fantastic thing to do.

Whenever I have bid a hasty goodbye to a loved one, I've always made sure that my record collection was safely stored away in the boot of the car.

You feel quite distant by playing at huge stadiums year after year, where you only can see a great darkness in front of you.

You have to ask these questions: who pays the piper, and what is valuable in this life?

You know, people can't fall in love with me just because I'm good at what I do.

You would find in a lot of Zep stuff that the riff was the juggernaut that careered through and I worked the lyrics around this.

Entertainment isn't just based on the very structured syndrome of European popular music, and it's great that there are so many thousands of people who are of the same opinion.

I like to comprehend more or less everything around me - apart from the creation of my music. It's an obsessive character trait that's getting worse. I don't switch the light on and off 15 times before I leave the room yet, but something's going wrong.

I'm just lucky because my kids are grown-up - I love them, very proud of them, and we are in close contact as big-time friends, but they don't need me that much now and I can actually enjoy this wonderful world of music.

I'm so aware of the fact that if I hadn't taken the chances that I've taken along the line, I probably wouldn't be getting the best out of my voice anymore, I might have messed it up in that awful, predictable place.

People have got to let their bodies breathe a little bit more. That's the great thing about being a pompous, jumped-up rock god. There's plenty of air around you.

Since I was a kid, I've had an absolute obsession with particular kinds of American music. Mississippi Delta blues of the Thirties, Chicago blues of the Fifties, West Coast music of the mid-Sixties - but I'd never really touched on dark Americana.

The trouble is now, with rock'n'roll and stuff, it gets so big that it loses what once upon a time was a magnificent thing, where it was special and quite elusive and occasionally a little sinister and it had its own world nobody could get in.

There have been people I've warmed to over the years but, as the situation I'm in is so fleeting and transient, I've always known it's going to be over kind of real quick.

You can't even imagine how it felt to have a cassette that you could take with you with a microphone so you could put down an idea and not have to hum it a million times to remember what it was.

It's sort of a feeling of power onstage. It's really the ability to make people smile, or just to turn them one way or another for that duration of time, and for it to have some effect later on. I don't really think it's power... it's the goodness.

I think that passion and love and pain are all bearable, and they go to make love beautiful.

How can you consider flower power outdated? The essence of my lyrics is the desire for peace and harmony. That's all anyone has ever wanted. How could it become outdated?

Does anyone remember laughter?

People say that I'm a millionaire, but that's not true - I only spend millions.

You can't give up something you really believe in for financial reasons. If you die by the roadside - so be it. But at least you know you've tried. Ten minutes in the music scene was the equal of one hundred years outside of it.

Led Zeppelin has been there through three generations of teenage angst. And there's a generation of kids now who won't know it, post-Linkin Park.

Music is for every single person that walks the planet.

We are trying to communicate a fulfilled ideal. Does anybody remember laughter?

I don't know how much more expressive you can get than being a rock and roll singer.

I think I could sing and shear a few sheep at the same time.

Old men do it better. We're not so sensitive in certain areas.

I daresay one good concert justifies a week of satisfaction at home.

I owe everything to the musicians I work with.

I'm not a flowerchild or anything like that... whatever it was.

I can't moan about any of it. I had a great time in the goldfish bowl.

It's crucial that I kind of keep up, without drifting into the backslapping land of cliche and lifetime achievement awards.

My vocal style I haven't tried to copy from anyone. It just developed until it became the girlish whine it is today.

Tags: Anyone, Today, Until

I realized what Led Zeppelin was about around the end of our first U.S. tour. We started off not even on the bill in Denver, and by the time we got to New York we were second to Iron Butterfly, and they didn't want to go on!

A daily blog would just about finish me off completely.

All over the world, the idea of creating an melange of international musics, it's a very healthy thing.