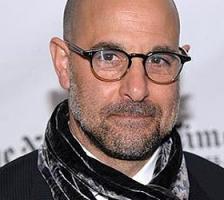 See the gallery for quotes by Stanley Tucci. You can to use those 6 images of quotes as a desktop wallpapers. 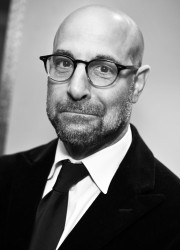 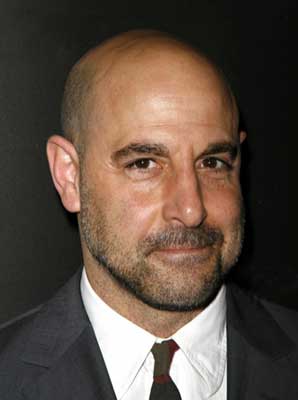 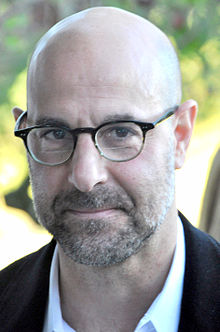 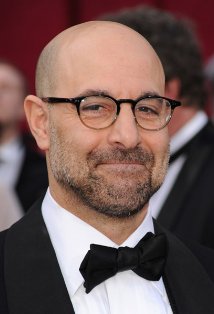 I'm not saying they won't be bigger projects someday.

I've always considered myself an actor first and foremost.

So yes, I hope to act in other people's movies, big and small, because that's how I make my living, really.

Sometimes it's difficult directing yourself on film because you can't quite separate yourself from the subject.

The majority of directors I've worked with didn't know how to talk to actors.

The thing is, I'm a very practical filmmaker.

When I write a screenplay, and when I direct, I always pull lines out.

You gotta make the movie you want to make.

But usually I'll wake up and start writing about nine o'clock. I'll probably write for about three hours, and I'll do that over the next month and a half.

I didn't know you had to change diapers so often. I couldn't believe it - we must change them 10 times a day - each. So that's 20 diapers a piece a day.

It's more interesting because you get to research the history of the period, and all the different aesthetic elements that make a film, particularly this film, so stunning.

My partner, Beth Alexander, and I want to produce smaller films, but commercially viable films that will enable me to make the kinds of movies I want to make.

I have consciously not taken the role of a gangster, which has been offered to me far too many times.

People wear shorts to the Broadway theater. There should be a law against that.

The constraints of melodrama can be a great blessing, because they demand that all the characters involved - as absurd and extreme as they may initially seem - must stay utterly rooted in their own reality, or the whole project collapses.

And I love doing my own projects; that's what I've always wanted to do.

As a director, I also get to sit and watch actors and learn from them in a way that I don't get to do when I'm just acting.

Big Night and The Impostors are both things that I wrote.

Much more quotes by Stanley Tucci below the page.

Even The Impostors, as silly as it is, is a very intimate film, in a way.

I don't like to move the camera that much anyway.

I like to see how I can do it for less money.

I like to use all of myself, and acting wasn't doing that.

I make time to write.

I mean, Scorsese's a genius, and that's one way of shooting.

I never go overbudget on my movies.

I wanted to be an actor when I was a kid.

I was always attracted to the past as a kid.

I was dissatisfied just being an actor.

I would rather just do the things I want to do.

I write in the mornings. During my down time.

I'd read Up in the Old Hotel, and I wanted to do something with Mitchell's stuff for a long time.

I'm actually one who will encourage directors to cut my lines.

I'm not interested in wasting money on a project.

Deep in my heart I know my future soul mate is not waiting for me online.