See the gallery for quotes by Stephen Fry. You can to use those 8 images of quotes as a desktop wallpapers. 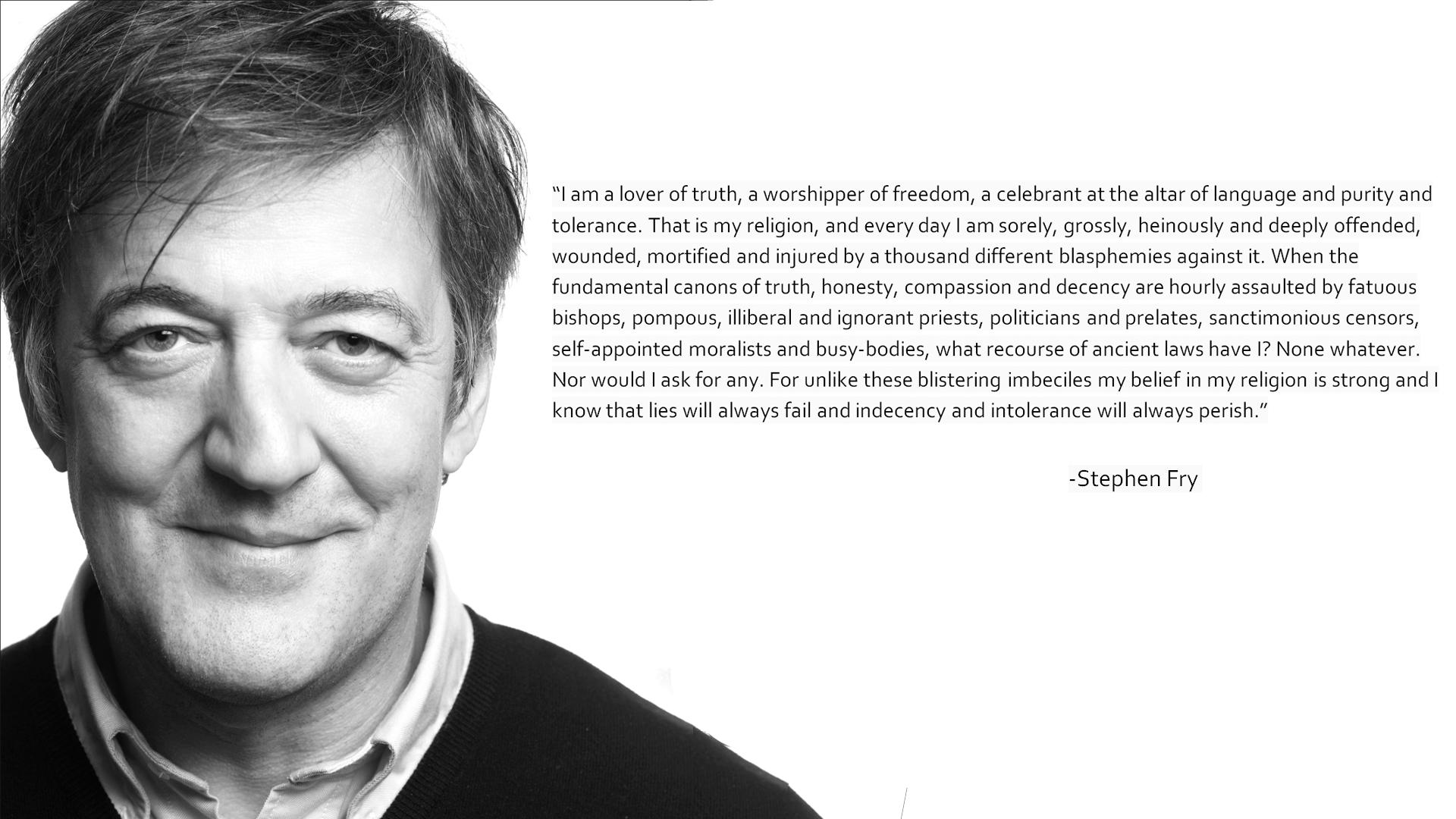 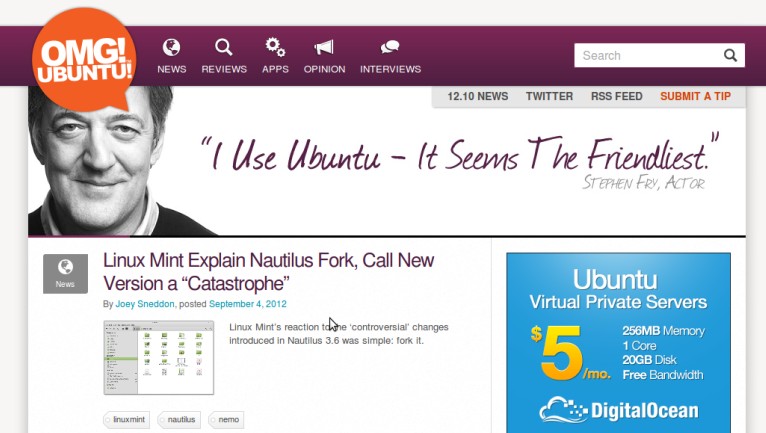 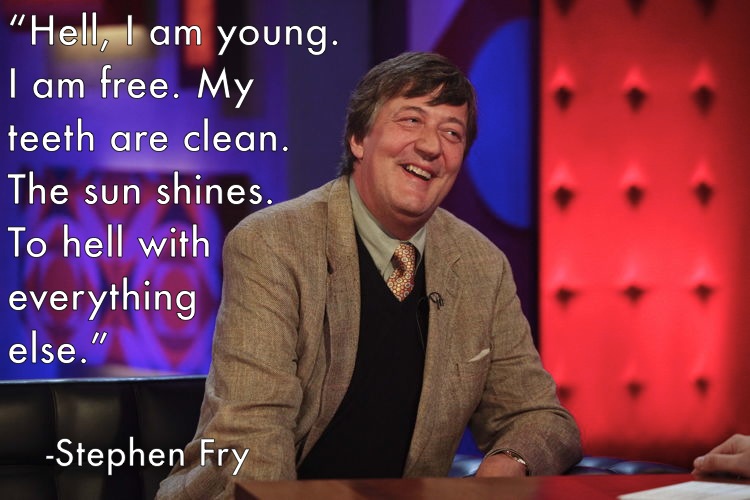 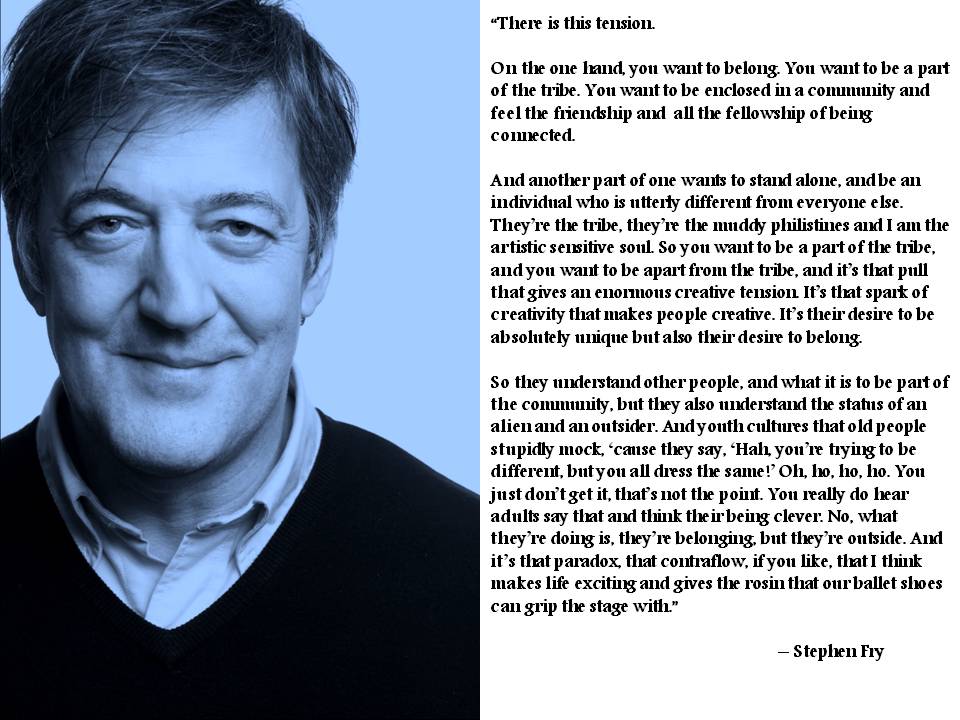 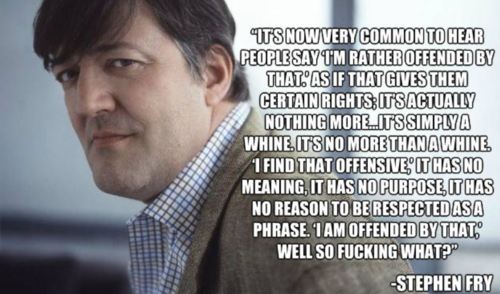 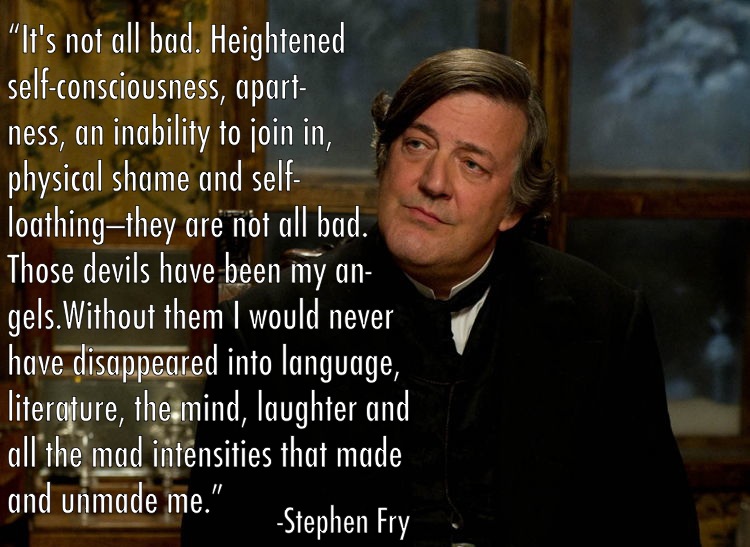 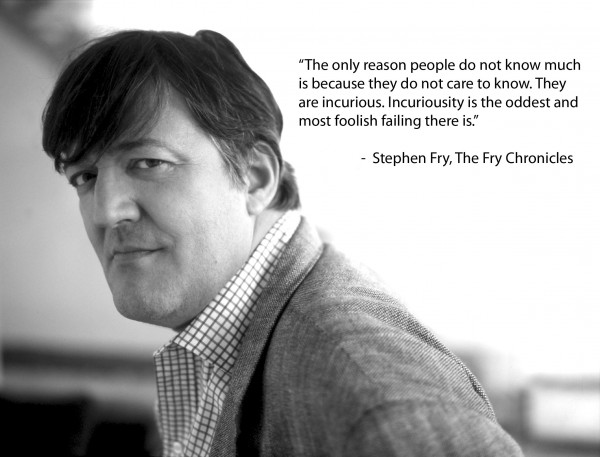 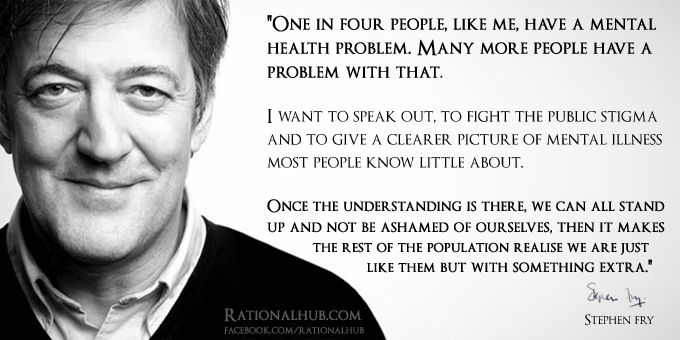 I think my view is that whenever you project into the future you're never likely to be accurate in the details, or the paraphernalia and style. It's in the spirit of it.

I've always had great respect for Paddington because he is amusingly English and eccentric. He is a great British institution and my generation grew up with the books and then Michael Horden's animations.

It was extremely important to show that Wilde's sexuality was not just some intellectual idea. It was real, and it was about the human body. To just have mentioned it and not shown it would have been, I think, peculiar and wrong.

Now, bipolar disorder, it goes on a spectrum. There's very severe conditions of it and there are milder ones. I'm lucky enough that it's reasonably mild in my case.

Personally, I'd never seen a graphic novel. I knew they existed because friends of mine like Jonathan Ross collect them and some very literate and intelligent people really rate the graphic novel as a form.

But if one could go back in time, I'd love to have been directed by Howard Hawks, who's one of my great heroes. One of the greatest directors there ever was. He directed probably one of the greatest westerns of all time in 'Rio Bravo'.

Much more quotes by Stephen Fry below the page.

I think the fact that I'm so well known to be gay makes it very difficult to have a convincing relationship with a woman on screen. It wouldn't be at all difficult for me to kiss a woman - I'll kiss a frog if you like.

I'd probably want to teach at university, because children would drive me insane. I suspect it would be English literature, Shakespeare and so forth. I've always been deeply, deeply in love with that kind of thing.

I've never had any illusions about being a lead actor in films, because lead actors have to be of a certain kind. Apart from the beauty of looks and figure, which I cannot claim to have, there's just a particular kind of ordinary-Joe quality that a film star needs to have.

No, I love the idea that someone changes. As an actor it's always the thing that you look for. He is someone who starts off bright, cheerful and confident and then has everything taken away from him. It's a wonderful journey to take.

I don't need you to remind me of my age. I have a bladder to do that for me.

Taste every fruit of every tree in the garden at least once. It is an insult to creation not to experience it fully. Temperance is wickedness.

I am a lover of truth, a worshipper of freedom, a celebrant at the altar of language and purity and tolerance.

The point about manic depression or bipolar disorder, as it's now more commonly called, is that it's about mood swings. So, you have an elevated mood. When people think of manic depression, they only hear the word depression. They think one's a depressive. The point is, one's a manic-depressive.

It only takes a room of Americans for the English and Australians to realise how much we have in common.

When you get just a complete sense of blackness or void ahead of you, that somehow the future looks an impossible place to be, and the direction you are going seems to have no purpose, there is this word despair which is a very awful thing to feel.

I think we have all experienced passion that is not in any sense reasonable.

To be human and to be adult means constantly to be in the grip of opposing emotions, to have daily to reconcile apparently conflicting tensions. I want this, but need that. I cherish this, but I adore its opposite too.

I get an urge, like a pregnant elephant, to go away and give birth to a book.

Tags: Away, Book, Give

I shouldn't be saying this - high treason, really - but I sometimes wonder if Americans aren't fooled by our accent into detecting brilliance that may not really be there.

It's rather splendid to think of all those great men and women who appear to have presented symptoms that allow us to describe them as bipolar. Whether it's Hemingway, Van Gogh... Robert Schumann has been mentioned... Virginia Woolf, Sylvia Plath... some of them with rather grim ends.

When you've seen a nude infant doing a backward somersault you know why clothing exists.

Generally, we admire the thing we are not.

Having a great intellect is no path to being happy.

It is a cliche that most cliches are true, but then like most cliches, that cliche is untrue.

An original idea. That can't be too hard. The library must be full of them.

Because, let's face it, I do not get offered the parts that Brad Pitt has just turned down.

Christmas to a child is the first terrible proof that to travel hopefully is better than to arrive.

I like to think of myself at home in the armchair, writing, smoking and occasionally wandering down the shop.

I'm a bit of a coward, and lazy, oddly enough.

But happiness is no respecter of persons.