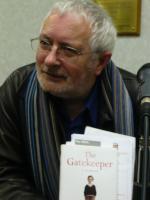 See the gallery for quotes by Terry Eagleton. You can to use those 8 images of quotes as a desktop wallpapers. 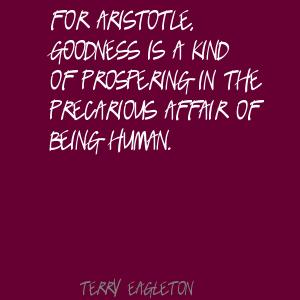 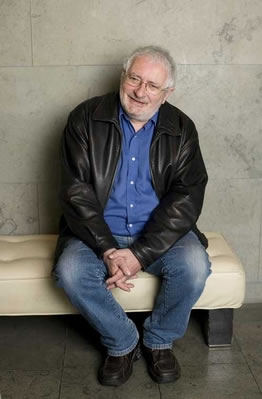 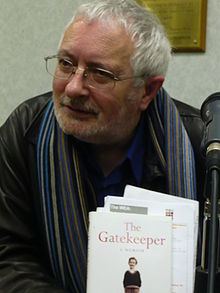 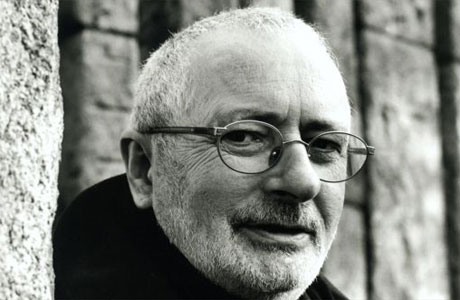 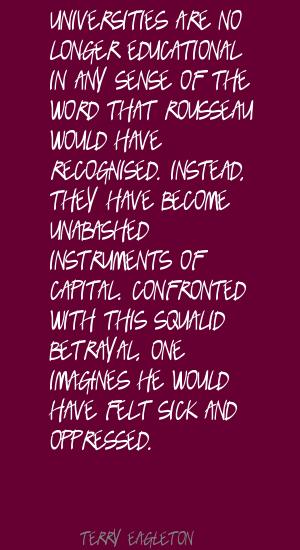 Poetry is the most subtle of the literary arts, and students grow more ingenious by the year at avoiding it. If they can nip around Milton, duck under Blake and collapse gratefully into the arms of Jane Austen, a lot of them will.

Real men study law and engineering, while ideas and values are for sissies. The humanities should constitute the core of any university worth the name.

The conversion of agnostic High Tories to the Anglican church is always rather suspect. It seems too pat and predictable, too clearly a matter of politics rather than faith.

The German philosopher Walter Benjamin had the curious notion that we could change the past. For most of us, the past is fixed while the future is open.

Much more quotes by Terry Eagleton below the page.

The political currents that topped the global agenda in the late 20th century - revolutionary nationalism, feminism and ethnic struggle - place culture at their heart.

The study of history and philosophy, accompanied by some acquaintance with art and literature, should be for lawyers and engineers as well as for those who study in arts faculties.

There is no way in which we can retrospectively erase the Treaty of Vienna or the Great Irish Famine. It is a peculiar feature of human actions that, once performed, they can never be recuperated. What is true of the past will always be true of it.

Virtue is something you have to get good at, like playing the trombone or tolerating bores at parties. Being a virtuous human being takes practice; and those who are brilliant at being human (what Christians call the saints) are the virtuosi of the moral sphere - the Pavarottis and Maradonas of virtue.

With fiction, you can talk about plot, character and narrative, whereas a poem brings home the fact that everything that happens in a work of literature happens in terms of language. And this is daunting stuff to deal with.

Deconstruction insists not that truth is illusory but that it is institutional.

God chose what is weakest in the world to shame the strong.

Anyone can be tolerant of those who are tolerant.

The role of the intellectual, so it is said, is to speak truth to power. Noam Chomsky has dismissed this pious tag on two grounds. For one thing, power knows the truth already; it is just busy trying to conceal it. For another, it is not those in power who need the truth, but those they oppress.

Evil is unintelligible. It is just a thing in itself, like boarding a crowded commuter train wearing only a giant boa constrictor. There is no context which would make it explicable.

In the end, it is because the media are driven by the power and wealth of private individuals that they turn private lives into public spectacles. If every private life is now potentially public property, it is because private property has undermined public responsibility.

One side-effect of the so-called war on terror has been a crisis of liberalism. This is not only a question of alarmingly illiberal legislation, but a more general problem of how the liberal state deals with its anti-liberal enemies.

People do evil things because they are evil. Some people are evil in the way that some things are coloured indigo. They commit their evil deeds not to achieve some goal, but just because of the sort of people they are.

We face a conflict between civilisation and culture, which used to be on the same side. Civilisation means rational reflection, material wellbeing, individual autonomy and ironic self-doubt; culture means a form of life that is customary, collective, passionate, spontaneous, unreflective and irrational.

Americans use the word 'dream' as often as psychoanalysts do.

Evil is often supposed to be without rhyme or reason.

For Aristotle, goodness is a kind of prospering in the precarious affair of being human.

I attacked Dawkins's book on God because I think he is theologically illiterate.

I say that virtue is really all about enjoying yourself, living fully; but of course it is far from obvious what living fully actually means.

I value my Catholic background very much. It taught me not to be afraid of rigorous thought, for one thing.

It is true that too much belief can be bad for your health.

Like the rest of us, Tom Paulin is a bundle of contradictions. At its finest, his work is brave, adventurous, original and wonderfully idiosyncratic.

Most poetry in the modern age has retreated to the private sphere, turning its back on the political realm.

Nothing in human life is inherently private.

The frontier between public and private shifts from time to time and culture to culture.

The past can be used to renew the present, not just to bury it.