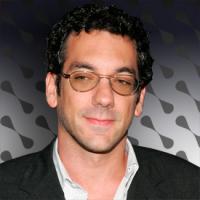 See the gallery for quotes by Todd Phillips. You can to use those 7 images of quotes as a desktop wallpapers. 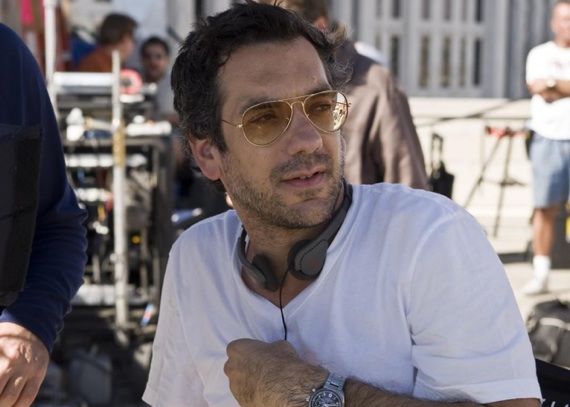 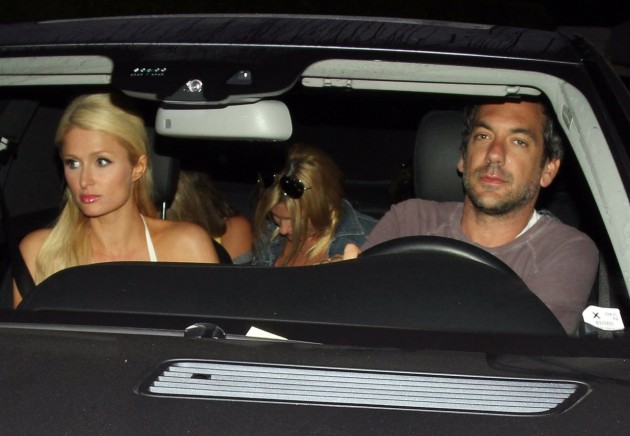 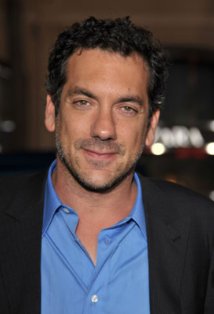 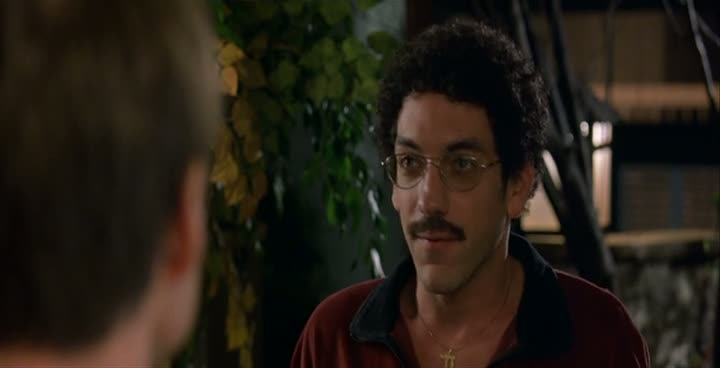 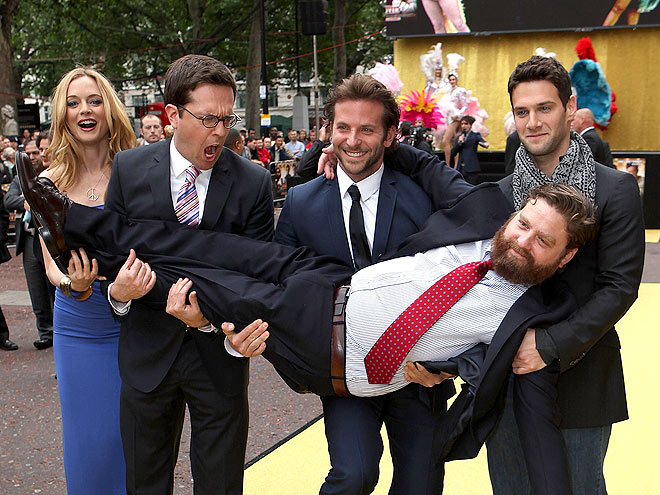 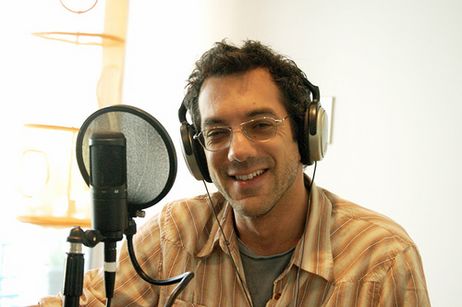 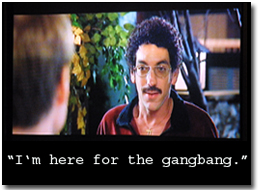 I tend to make movies about my peer group. I couldn't see myself now going back and making a movie about a bunch of college kids, necessarily. I kind of always operate in the things I'm observing around me, whether it's friends having babies now in my life or what have you.

I think any filmmaker looks back and thinks, 'Boy, if we only had four hours more on that day when the sun was going down,' or, 'If we only spent more time and went back.'

I think reviewers have become particularly venomous because, in a way, the power has been sucked from them. A 15-year-old can write a review on the Internet and it means as much as Roger Ebert's review, and that just makes Roger Ebert mad, so he comes out harder and stronger.

I'd love to do a movie with females in it, and not necessarily the female version of 'The Hangover,' but I'd love to. If I did it it'd star Juliette Lewis, because she's the funniest woman in the world. She's my favorite actress on the planet. If we did a character-based comedy about women, I don't see it out of my range.

I'm not a huge fan of 3-D, though. Honestly, I think that movies are an immersive experience and an audience experience. There's nothing like seeing a film with 500 people in a theater. And there's something about putting on 3-D glasses that makes it a very singular experience for me. Suddenly I'm not connected to the audience anymore.

It's heartbreaking when you hear a kid buying a ticket for... I don't know, whatever movie you're up against. And you see them sneaking into your film. It's just heartbreaking. But in the spirit of full disclosure, that is what I did as an 11-year-old sneaking into 'Stripes.'

Tags: Against, Film, Whatever

Reality television hasn't killed documentaries, because there are so many great documentaries still being made, but it certainly has changed the landscape. There is this breed of gimmicky documentary that is basically a reality show.

To be honest with you, since 'Ocean's 11,' 'The Hangover' has become a movie that defines Vegas. Anybody in Vegas will tell you that and I'm proud of it. I love that. I think 'Hangover' does Vegas right and I think that not only, as you said, it's the top-grossing R-rated comedy of all-time, it's also the top-grossing about Vegas or set in Vegas.

Well, it's so cheesy to say but you can't find a comedy director who makes movies for critics. When a movie does $580 million worldwide, I'm not saying that proves anything except people were enjoying the experience.

When I was younger I didn't really know what a director did: I knew I loved movies and I figured the actors made it up! And then when you get to 12 years old you start thinking, What does a director do? It was really an organic beginning: this looks like something I want to do, I can't believe people get paid to do it!

When I'm writing, I'm writing for a particular actor. When a lot of writers are writing, they're writing an idea. So they're not really writing in a specific voice.

With comedy especially, it feels like such a clear-cut thing to be a writer-director. There is so much nuance and tone in a comedy that it's hard to contextualise it in a script.

You know, if I started worrying about what the critics think, I'd never make another comedy. You couldn't pick a less funny group than critics - you couldn't find a more bitter group of people!

You're only as good as your body of work, and everybody has issues, whether it's Steven Spielberg or Martin Scorsese. I'm not comparing myself to those guys, but you learn more from the misses than the hits.

I think people like comedies and I think concept driven comedies seem to be working when it's a clear concept and you deliver funny stuff.

There's a darkness under 'The Hangover' because ultimately there's a missing person and it's not really that funny. There's a sort of darkness under it that I love, and still people are laughing as hard if not harder than they did in 'Old School.'

Much more quotes by Todd Phillips below the page.

Directors tend to be more underrated than overrated because it's a quiet job and people don't really understand it.

I don't have a horror film in me just because I don't like to be scared. But I definitely have a documentary in me, and I certainly have dramas.

I got nominated for an Academy Award(R) for writing 'Borat.'

I just love the look of film. But I have nothing against HD.

I really got into filmmaking through photography.

I was taught that you didn't want to be part of the group - that it was better to do your own thing.

It's all about escapism. That's essentially what all movies are about. It's a vicarious thrill.

My dog's a gentleman.

Not every movie has to serve as every audience member's need for completion.

'The Hangover' was lightening in a bottle. We're aware of that. It went through the roof all over the world.

When I was younger I was obsessed with 'Star 80,' and it's just a great movie - I think I saw it three times in the theater.

You set the tone on the set that you want to see in the film.

Comedies are just never that expensive quite frankly. They really aren't. We aren't doing green screen shooting, so even Hangover II in Bangkok might seem like it's expensive, you're flying over and back, but they're just not that expensive to make when you do it the way we do it which is very focused and I've done it before.

Comedy is so subjective. You could be in a room with 400 people laughing at a joke and you could just not think it's funny. You're just sitting there like, 'Am I in the twilight zone? Why is everyone laughing?' It's such a personal thing. People have such a personal visceral response to comedy.

Tags: Everyone, Funny, Why

I find I like to work with a lot of the same actors, because I find that there's sort of shorthand there, and there is this unspoken trust, both ways. They trust me and I trust them. And I know what I'm going to get from them, to an extent. It's just fun, kind of creating this little family.

I like - there's a better word for it, but I like the danger that a comic brings to a role. It has a feeling, even though everything's scripted and everything's planned what you're going to do. When I see Will Ferrell or Sacha Baron Cohen, there's a feeling that anything could happen.

I never had a ton of male friends and it's always been something that's really interesting to me, what brings guys together? The bonding. 'Old School' is a good example of that. And even 'Starsky' and even 'Road Trip.'

I remember that when I got to NYU, everyone was writing scripts. But I was 18 at the time, and when you write a script, so much of it is about what you pull from life, and this sounds sort of cheesy, but I felt like I didn't have enough life experience at that point to write a movie.

I take it very seriously, music. I think it's one of the tools that a director has with which to kind of paint. The right music can sometimes do five pages of scripted dialogue.