See the gallery for quotes by Trevor Nunn. You can to use those 5 images of quotes as a desktop wallpapers. 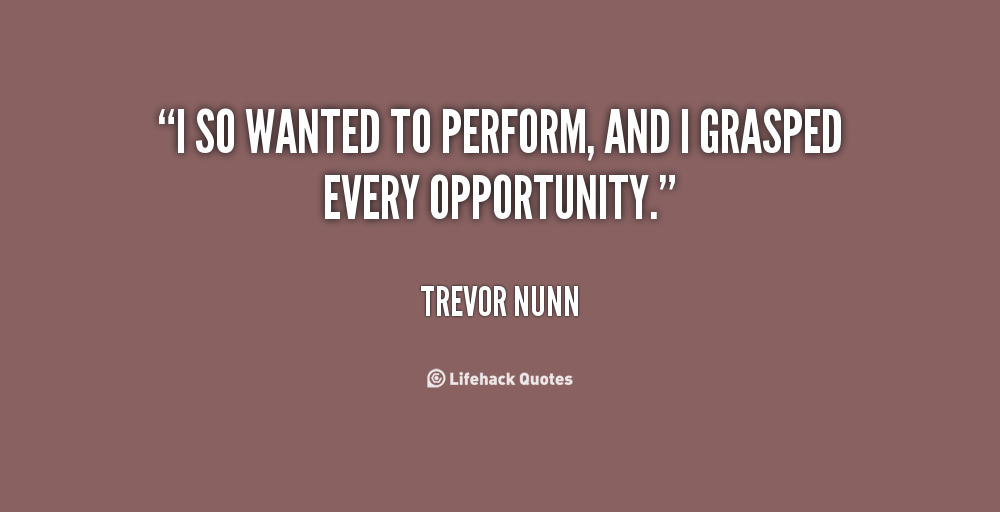 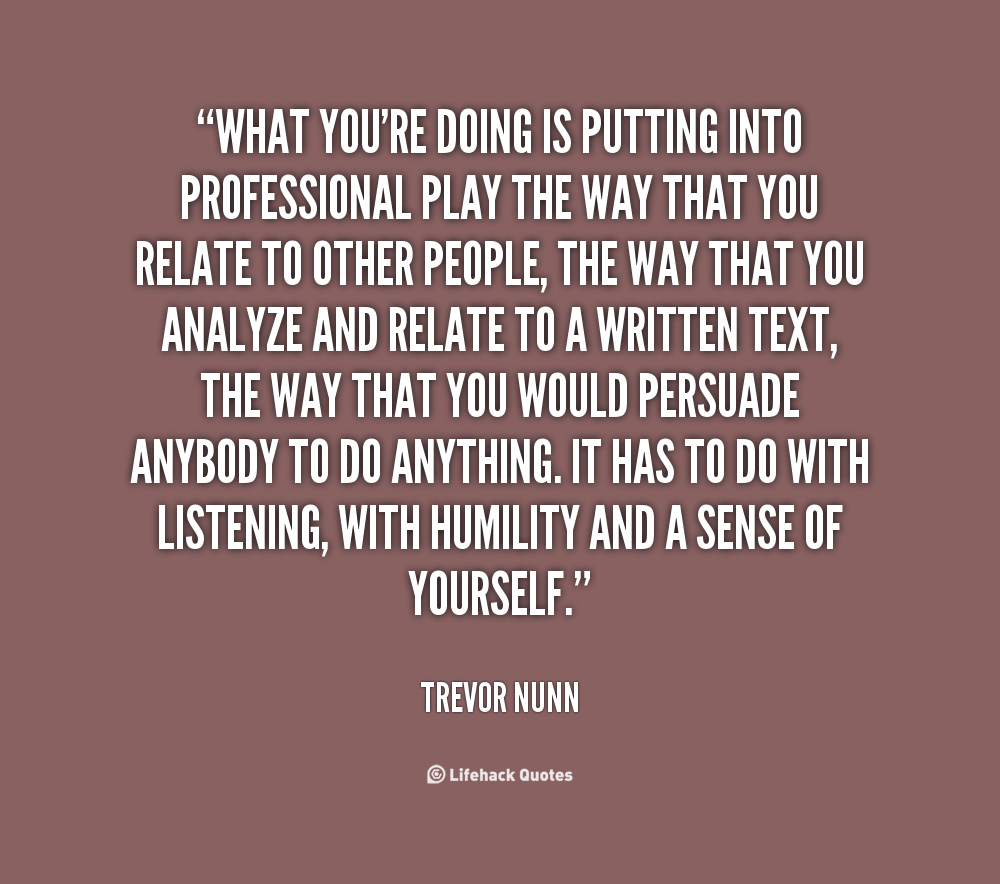 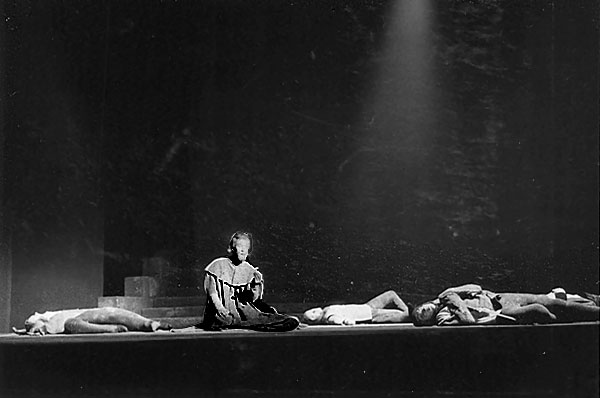 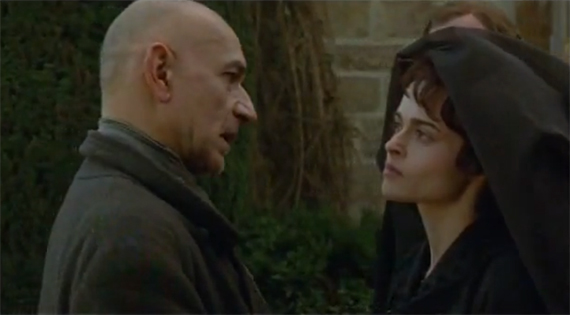 You are faced with the choice: either my integrity remains intact and this is the work that ends up on the screen, or I have to leave, and I have to be known to have left.

In a way, I have to have a dictatorship. I can't be told that I'm wrong. That conflicts with what I was saying earlier about listening. It isn't to do with receiving criticism and responding to other views, it's who has that last decision.

A lot of performing instincts are involved in the business of direction, but so is analysis and having a sense of literature.

I always believe it's better to have 30 imaginations working on a project, rather than one imagination telling the other 29 what to do.

I had a feeling about Shakespeare's soliloquies, that there should be a real exchange between the actor and the audience.

I so wanted to perform, and I grasped every opportunity.

I've just taken the decision that I'm going to now go full time back into the theater.

If you feel very deeply about something, it's not possible to sacrifice your integrity about that.

One fine day I discovered that more complex plays really have to be directed.

The film director, in many instances, has to swallow somebody else's decision about the final form of something. It's so hard as to be intolerable.

I would be terribly disappointed if anything would get in the way of my being cast in something, or if performances were canceled. It was a fix that I obviously needed.

I've experienced a private doubt, something that I've kept deeply inside, and then eventually delivered a piece of work that people responded to with huge enthusiasm.

If you can't fully believe in your ideas, it very quickly communicates to a group of actors who need something to hold onto. They need to believe that whatever criticism, whatever comment is received, is meant.

If you're a director, your entire livelihood and your entire creativity is based on your self-confidence. Sometimes that's dangerously close to arrogance.

Much more quotes by Trevor Nunn below the page.

In my early years, my father was away as a soldier in the war. When he came back, work was very difficult to come by. Even though he was a highly skilled man, a maker of furniture, the payment for that work was very poor.

In my teens, I developed a passionate idolatry for a teacher of English literature. I wanted to do something that he would approve of more, so I thought I should be some sort of a scholar.

In the commercial theater, I've been pretty fortunate. The producers that I've worked with have allowed me to define the artistic integrity, the artistic limits of the work.

So, through all that early professional career I would occasionally do a musical, a pantomime or a play with songs. The next stop would be a Shakespeare, or an Ibsen, or a play by a brand new writer who had never done anything in the theater before.

The first big break was winning a scholarship to go to Cambridge University. I was very lucky, because my parents couldn't have afforded a university education for me. Without a scholarship I couldn't possibly have gone.

The thing that I had saved up for myself and wanted most to bring off was a fully fledged professional production of Hamlet at the Royal Shakespeare Theater in Stratford.

When I was 13 years old, a professional theater company in my town needed a kid actor. I auditioned, and I got the part, so for just a few weeks I became a member of the company and I met some professional actors.

When I was at Stratford, the very first thing that I was commissioned to work on was trying to make a musical out of the documentary material about the General Strike, which was the next big historical event in England, after the First World War.