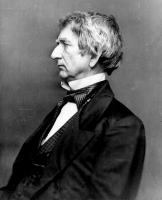 See the gallery for quotes by William H. Seward. You can to use those 8 images of quotes as a desktop wallpapers. 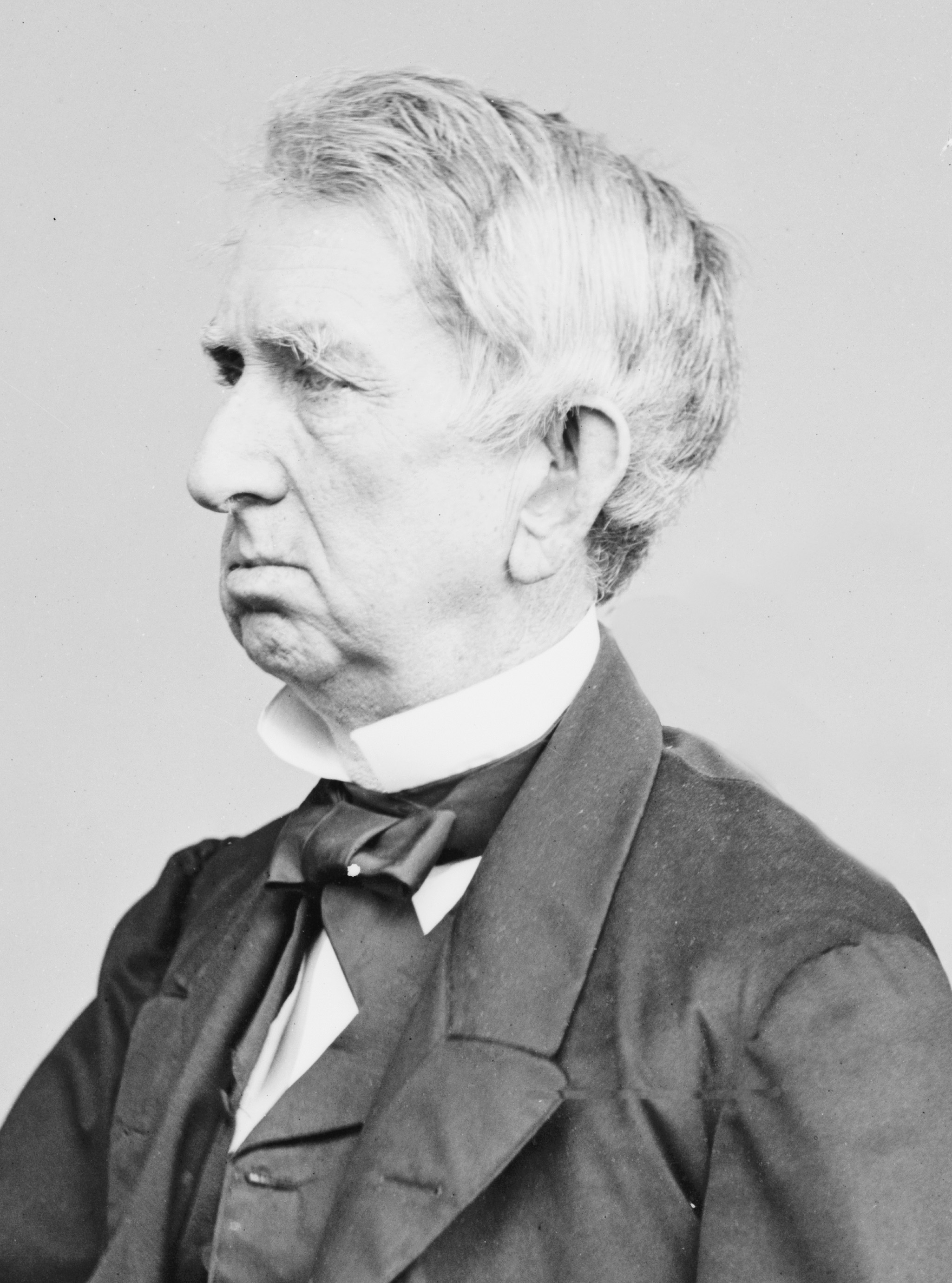 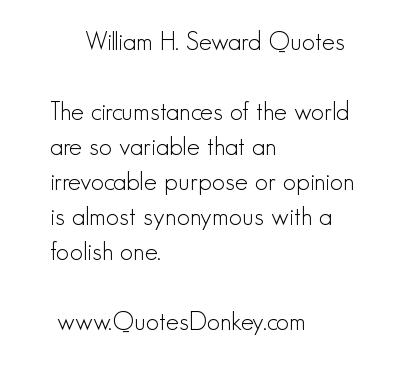 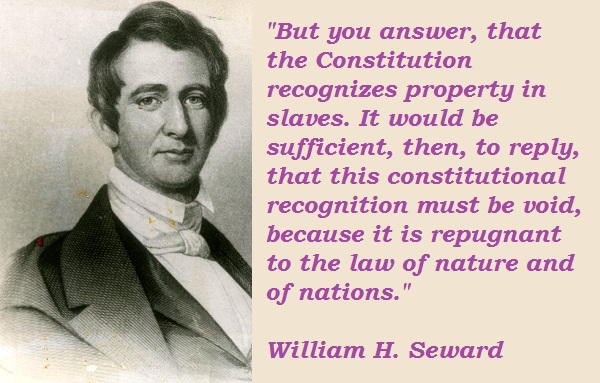 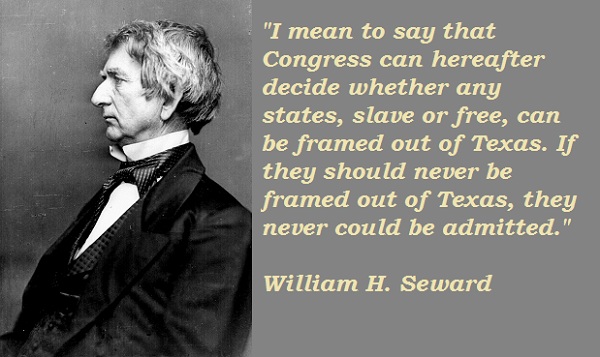 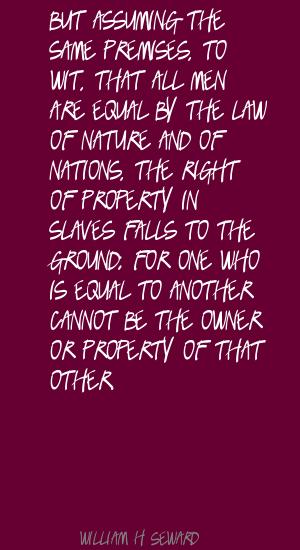 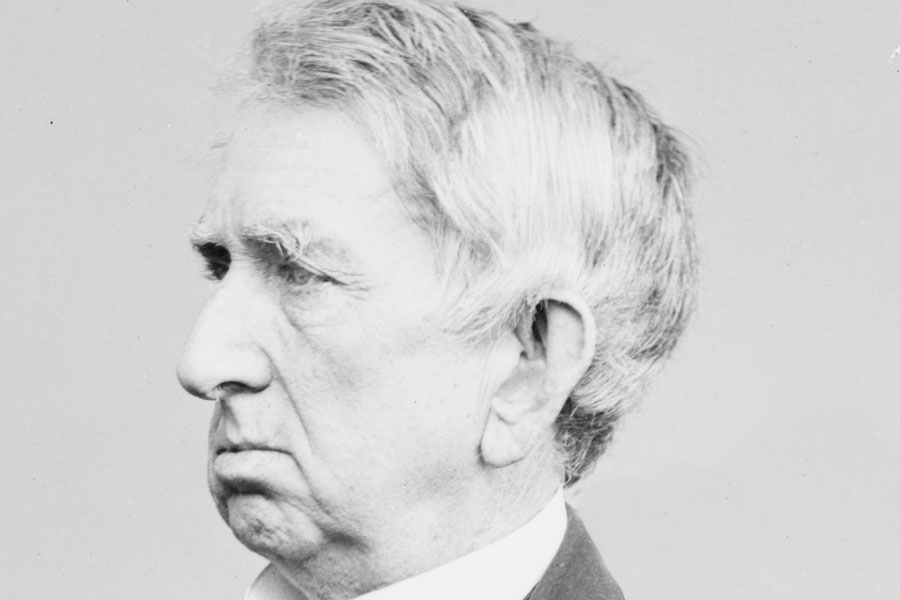 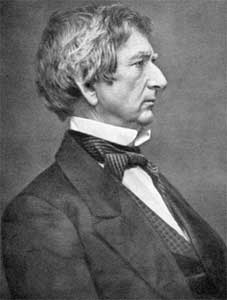 There is a higher law than the Constitution.

But assuming the same premises, to wit, that all men are equal by the law of nature and of nations, the right of property in slaves falls to the ground; for one who is equal to another cannot be the owner or property of that other.

But you answer, that the Constitution recognizes property in slaves. It would be sufficient, then, to reply, that this constitutional recognition must be void, because it is repugnant to the law of nature and of nations.

If slavery, limited as it yet is, now threatens to subvert the Constitution, how can we as wise and prudent statesmen, enlarge its boundaries and increase its influence, and thus increase already impending dangers?

But I deny that the Constitution recognizes property in man.

But there is a higher law than the Constitution, which regulates our authority over the domain, and devotes it to the same noble purposes.

Sir, there is no Christian nation, thus free to choose as we are, which would establish slavery.

Tags: Coming, Neither, Nor

I deem it established, then, that the Constitution does not recognize property in man, but leaves that question, as between the states, to the law of nature and of nations.

I submit, on the other hand, most respectfully, that the Constitution not merely does not affirm that principle, but, on the contrary, altogether excludes it.

It is true, indeed, that the national domain is ours. It is true it was acquired by the valor and with the wealth of the whole nation. But we hold, nevertheless, no arbitrary power over it.

Simultaneously with the establishment of the Constitution, Virginia ceded to the United States her domain, which then extended to the Mississippi, and was even claimed to extend to the Pacific Ocean.

The proposition of an established classification of states as slave states and free states, as insisted on by some, and into northern and southern, as maintained by others, seems to me purely imaginary, and of course the supposed equilibrium of those classes a mere conceit.

The right to have a slave implies the right in some one to make the slave; that right must be equal and mutual, and this would resolve society into a state of perpetual war.

The United States are a political state, or organized society, whose end is government, for the security, welfare, and happiness of all who live under its protection.