See the gallery for quotes by William Weld. You can to use those 8 images of quotes as a desktop wallpapers. 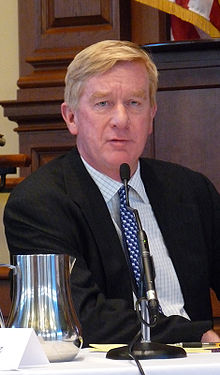 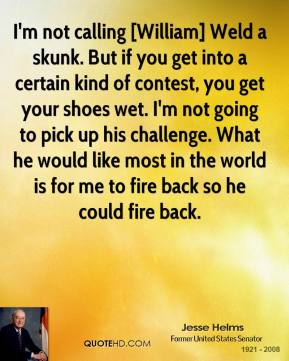 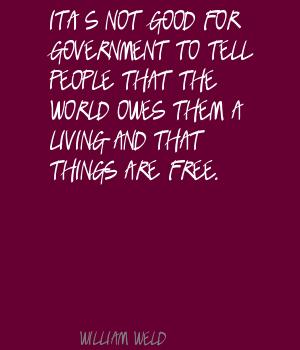 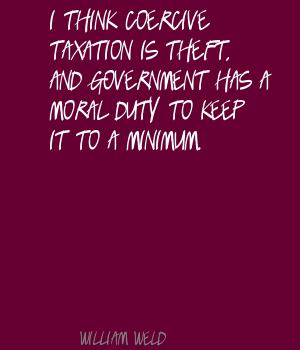 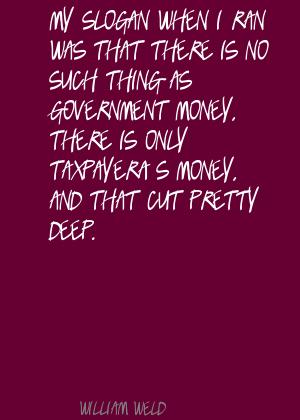 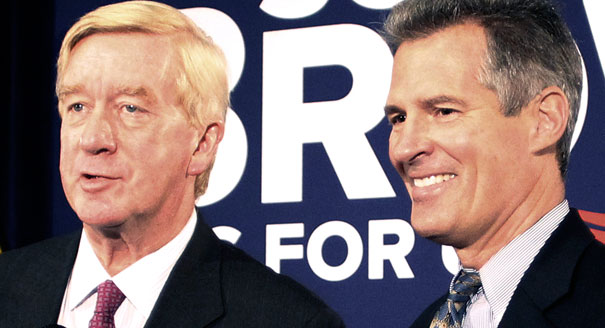 We need a complete ban on soft money, which is sort of an enveloping problem, and a ceiling on the amount of money that can be spent on a given race.

I dare say that a majority of the American people think that having a fair hearing on an issue of importance in our relations with Mexico is extremely important to our national interest, as well as theirs.

I suggest to you that increasing the size of America's economic pie - which can be achieved only if everybody has a seat at the table - is the most important challenge facing our country today.

If we have major geographic areas within our continent that have a tremendous lack of economic opportunity, we found that that is going to produce instability _ economic, political and social.

The system that had grown up in most states is that wealthy districts with an affluent population can afford to spend a lot more on their public school systems than the poorer districts.

It's not good for government to tell people that the world owes them a living and that things are free.

I think coercive taxation is theft, and government has a moral duty to keep it to a minimum.

My slogan when I ran was that there is no such thing as government money, there is only taxpayer's money, and that cut pretty deep.

Before my tenure, people didn't seem to think that citizens had a right to limit the size of their government.

Government can contribute to a shared sense of purpose on the part of the citizenry; that's its highest and best application.

Government has a role as well in what is referred to as redistributive justice.

Government is never so noble as when it is addressing wrongs.

I don't understand the Democrats' approach to Social Security in this country, and I'm not alone.

I have come to realize that Jesse Helms stands for everything in politics that is anathema to me.

I think government has a major role to play in helping us with the pursuit of happiness.

I think transportation and corrections are not the first two areas that I would go looking for massive change.

In the nineteenth century, slavery was the greatest wrong, and government never stood so tall as when it was redressing that wrong.

It's healthy for government to be a kind of moral catalyst, using the bully pulpit of high office.

Managing people's sex lives is something that I don't think is a good role for government.

Micro managing anything is not a great role for government.

Much is forgiven anyone who relieves the desperate boredom of the working press.

Natural resources are so vast that no single individual or business is going to protect them; they don't have an incentive to.

One of the functions of government is to act as a safeguard not just of property but of our liberties.

Much more quotes by William Weld below the page.

Opposing the free flow of goods or people is a bad idea.

So government acts as a safeguard of our property.

The courts are truly the least dangerous of the three branches of our government.

The unemployment rate is still twice as high for blacks as for whites.

There are several such issues where I have departed radically from the Republican orthodoxy.

We absolutely have to restrain concentrations of wealth in industry from spoiling the situation for everybody.