See the gallery for quotes by Andy Serkis. You can to use those 7 images of quotes as a desktop wallpapers. 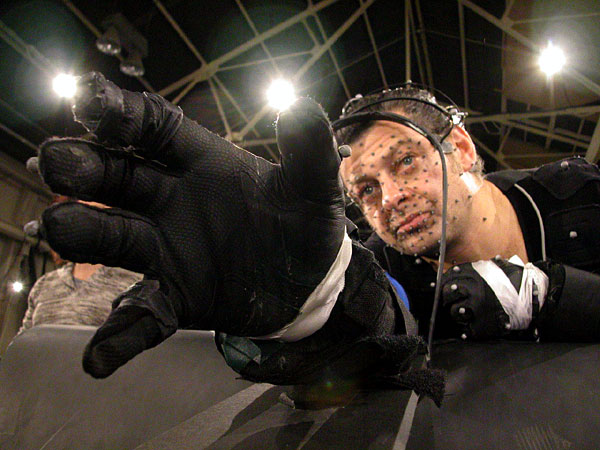 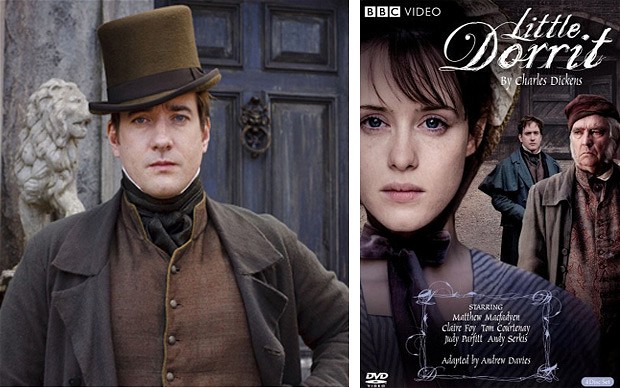 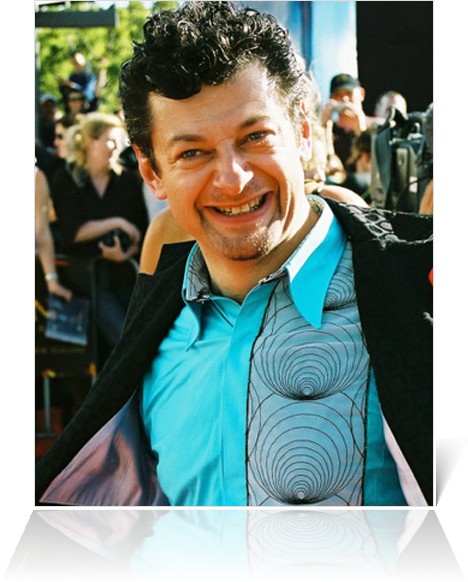 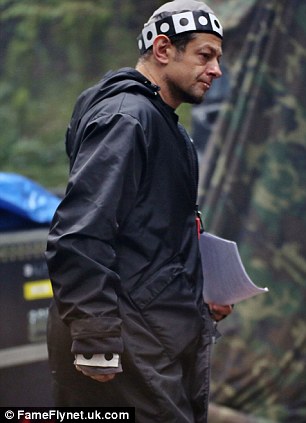 I think even back as far as 'Lord of the Rings,' there was always the chance that 'The Hobbit' would be made, even way back then. Of course at that point, Peter Jackson didn't probably think at that point that he'd be directing it.

I think there will always be a particular generation of actors who... think that they're going to be replaced by robots. But certainly the emerging actors... understand that that's part of the craft.

I understand why people went nuts for 'The Artist.' We use words so much, it's nice to be able to explore a different way of communication, to be able to express silently what someone - or something - is thinking or feeling.

I'm in the early stages of a film called 'Freezing Time' about Eadweard Muybridge, the Victorian photographer who was really the forefather of cinema. Digital animators still treat his images like the Bible. He was a very obsessed man.

I'm quite contrary. If people agree on something, I tend to gravitate the other way by my nature. I don't like to be told what to do. I think it goes back to school. I like to do things I want to do and I really don't like doing what I don't want to do.

I've always thought of acting as a tool to change society. I watch a lot of actors and I see panic in their eyes because they don't know why they act and I know why I act. Whether I'm a good or a bad actor, I know why I do it.

In 'Tintin,' it's like a live-action role. You're living and breathing and making decisions for that character from page 1 to page 120, the whole emotional arc. In an animated movie, it's a committee decision. There are 50 people creating that character. You're responsible for a small part.

More and more good actors are now transmigrating into the videogame space and playing roles there because it's where my generation of kids get stories from.

Motion capture is exactly what it says: it's physical moves, whereas performance capture is the entire performance - including your facial performance. If you're doing, say, martial arts for a video game, that is motion capture. This is basically another way of recording an actor's performance: audio, facial and physical.

My dad was working abroad, in Iraq, and he was a doctor. We used to go and visit him, in Baghdad, off and on. For the first ten years of my life, we used to go backwards and forwards to Baghdad, so that was quite amazing. I spent a lot of time traveling around the Middle East.

My first job when I got my equity card was acting in 14 plays back-to-back. Playing that many roles, you look for ways of differentiating the characters physically, which goes hand in hand with understanding them psychologically.

Not a day goes by where I'm not reminded of Gollum by some person in the street who asks me to do his voice or wants to talk to me about him. But because 'The Hobbit' has been talked about as a project for many years, I knew that at some point I'd have to reengage with him.

Originally when I went off to work on 'The Lord of The Rings' I got a call from my agent saying that I was just going to do a voice. But I couldn't really approach it like that. To get Gollum's voice I had to play the character.

People think, 'Oh, well how can 'The Hobbit,' which is one book, become three films?' But you can take one line from an appendice and it turns into a whole sequence.

The fact of the matter is that an actor, if I'm playing a performance capture role and you're playing a live action role and we're having a scene together, there's no difference in our acting processes.

'The Hobbit' was one of the first biggish books I ever read. I remember vividly the 'riddles in the dark' passage, and it meant a lot to me to finally get to play it after all these years.

The wonderful thing about 48 fps is the integration of live action and CG elements; that is something I learned from 'The Hobbit.' We are so used to 24 fps and the romance of celluloid... but at 48 fps, you cannot deny the existence of these CG creations in the same time frame and space and environment as the live action.

We've never had nannies. We've had great grandparents, great support from family, and the kids have been on every set: they've seen me play Gollum, King Kong, Captain Haddock, the lot. They totally get it, and they want to go into the business. Ruby, my daughter, is very keen to become an actress.

When I played Gollum in 'Lord of the Rings,' if I was climbing up the side of a mountain, which I physically did, you know, I was on every single occasion swimming through streams, all of that, that wasn't captured. That was filmed on 35 millimeter, and for certain of those shots, it was rotoscoped and painted over.

When I was in theater I was forever trying to inhabit a space which puts yourself under the microscope as an actor and your personality and your take on life, but actually through another portal of a character.

Yeah, I mean, climbing's always been a massive hobby of mine up until, kind of, recent times when I've had family, but no, it's been a driving passion in my life and, uh, I've always wanted to climb the Matterhorn. It was the mountain that, sort of, inspired me to climb, as a youngster. So, it was great to be able to get to do it.

Much more quotes by Andy Serkis below the page.

But I think there's something wonderful and extraordinary about climbing on your own and just that kind of relationship to the environment. I'm very addicted to the mountains. You know, so, I do like that solitude.

Acting is a sort of pressure cooker that allows the fizz to come out the top. God knows what I'd be like if I didn't have that.

An actor finds things in the moment with a director and other actors that you don't have time to hand-draw or animate with a computer.

I am a bit evangelical, I know, but performance-capture is still misunderstood.

I expect at some point I'll probably want to go back on stage and do some theater, because I've not done theater in 10 years.

I love acting and certainly won't give it up, but it's part of a bigger canvas for me now.

I wanted to be a painter, really, when I was growing up as a kid. It was one thing that really took a grip on me.

I'd already started directing short films when we were doing 'Lord of the Rings,' then videogame projects.

I've been writing and wanting to direct for a long time.

Mountaineering has always been a huge hobby of mine.

Performance capture is a technology, not a genre; it's just another way of recording an actor's performance.

Performance capture is a tool that young actors will need in the next 10, 20 years. It's on the increase, as you say. It's not going away.

Tags: Away, Next, Young

Working with and collaborating with and for Peter Jackson was an incredible experience because he is such a phenomenal filmmaker.

A lot of actors on film sets... very often they're not paying attention to the physical world around them. I think through studying art, I've always had that awareness and that's something that I've wanted to bring in to go beyond acting... As a form of expression, they are intrinsically linked.

After 'Kong,' my knuckles have never recovered because I had to wear very heavy weights on my forearms and around my hips and ankles to get the sense of size and scale of the movement of the character... You are telling your body that you are these things and that you're feeling these thoughts and that you're experiencing these experiences.

And 'Sex & Drugs & Rock & Roll' was a very transitional film for me in that I was one of the producers and you know, came up with the idea with the writer and the producer, as well. But, it was a very collaborative event. You know, I really love working in that way.

For film and games, there is now a fantastic method of actors portraying characters which don't necessarily look like themselves. And yet you've still got the heart and soul of the performance.

I don't see a difference between playing a performance capture role and a live action role, they're just characters to me at the end of the day and I'm an actor who wants to explore those characters in fantastically written scripts. The only caveat is a good story is a good character.

I never felt totally, 100%, patriotically English... I'd seen a lot of the world by an early age - sort of spent a lot of time traveling around Lebanon and I'd seen Babylon, and Damascus, and all sorts of places in the Middle East by the time I was ten. Then we'd return to Ruslip in West London... Done a fair bit of traveling really.

I remember kind of doing early acting and thinking, 'God, they don't paint behind the sets.' It's a bit of a shame, really - 'Oh, what's on the other side of this wall? Oh, you can see the plywood.' I was really disappointed. I just thought that these things were real, from watching things as a kid.

I stayed in Baghdad every summer until I was 14. My dad's sister is still there, but many of my relatives have managed to get out. People forget that there are still people there who are not radicalized in any particular direction, trying to live normal lives in a very difficult situation.