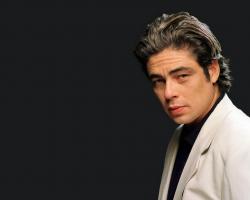 See the gallery for quotes by Benicio Del Toro. You can to use those 8 images of quotes as a desktop wallpapers. 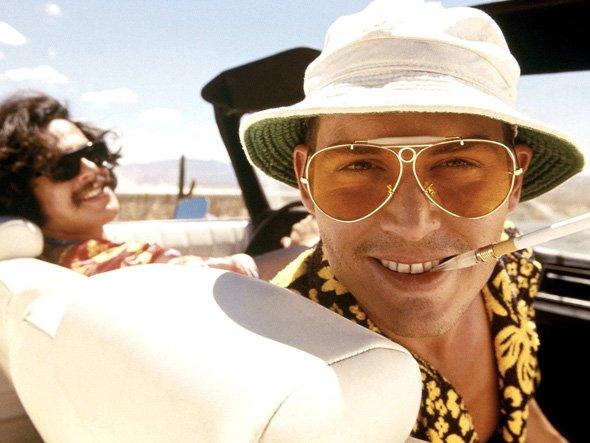 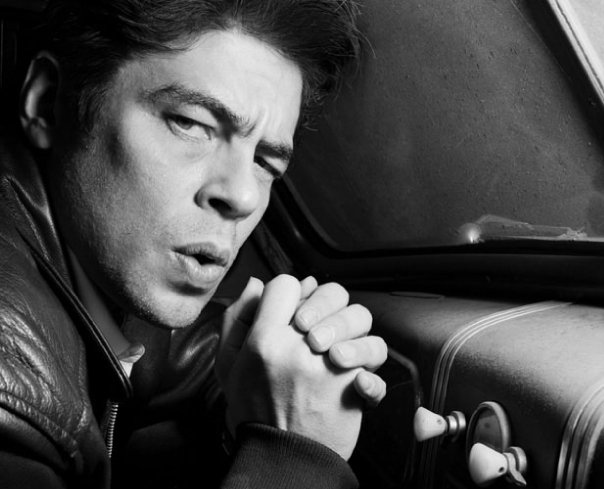 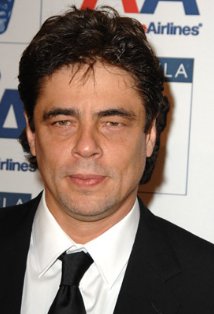 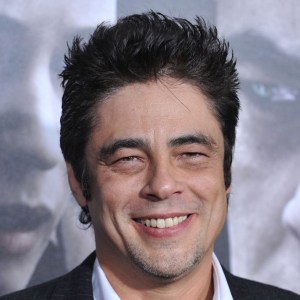 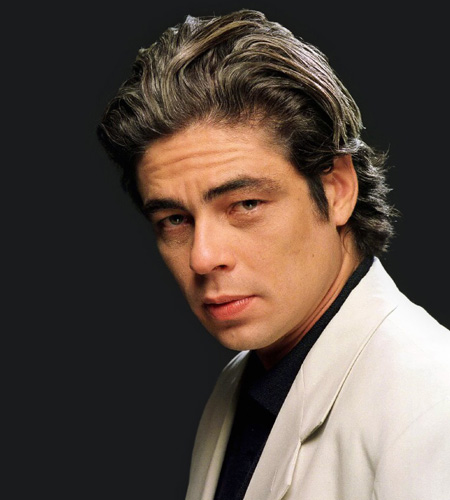 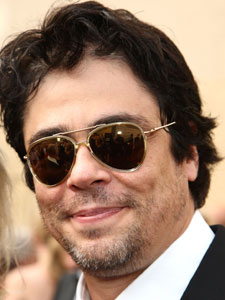 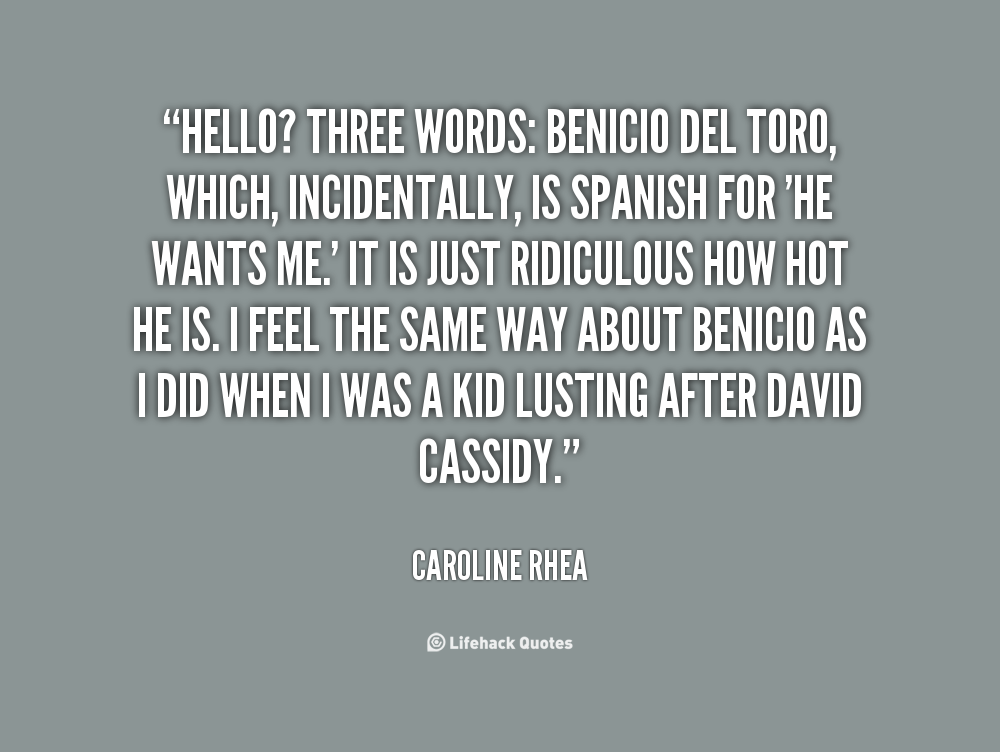 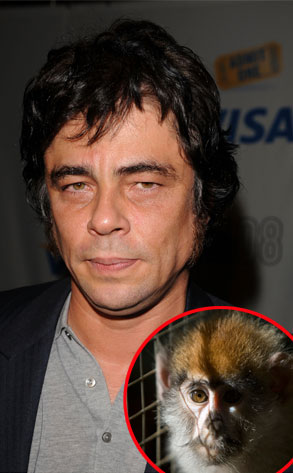 As far back as I can remember, these are the first movies, the Universal horror movies where I knew the title of the film and I also knew the names of the actors in those films.

Hopefully, I can play both sides of the fence. That's probably what winning the Oscar gives me, the chance to do something with a studio and do other things that I really want to do.

I think having a vision can make someone an influential man. I'm not talking about acting or anything like that, I'm talking about people I admire, whether it's a writer or a musician or a sports figure or a politician, whatever.

I trained as a theater actor and you had a bare stage and you had to pretend, one prop and you are in the middle of 8th Ave. and traffic is just going by.

I used to play basketball and I was pretty competitive, but I was never a bad loser. I never got angry. For me it was always about doing my best and devoting myself to a challenge.

It's funny, but when I arrived in California to start college I was much more interested in becoming a surfer and cruise along in life from one beach to the next. I didn't plan out any huge career for myself.

My goal as an actor has always been to reach a level where I can find a lot of interesting work, and I think I'm at that point now. The Oscar has given me a lot of recognition.

The iPod has changed all that because sometimes I listen to an album from beginning to end, but now I put the stuff on shuffle and have the iPod tell me what I'm listening to, especially if I'm working out.

The very first things that I did, even in theater, were bad guys. They are meaty roles for the most part. With the bad guy you have more freedom to experiment and go further out than with a good guy.

To be honest with you, I'd rather not be working. When you work, there are all sorts of deadlines and pressures. I like to do one thing and take my time to do the other one.

When some people get parts, they feel they can now relax, but for me it was always the opposite. Sometimes before I do a movie or before I act out a scene, I may not sleep well the night before. If I don't know what the scene is about, I might get all worked up.

When you start to become a movie star it's easy to believe that you are Superman. That can fool you. That's why I prefer not to pay much attention to fame.

You have to kill to survive. People have been doing it forever. I eat meat, and I eat fish. If I were on a deserted island I would need that to survive.

I'm not Jack Nicholson. I'm not Brando. But I do mumble.

I've always played the guy with the gun and the knife. That's how many actors start out, playing the bad guy.

Villains used to always die in the end. Even the monsters. Frankenstein, Dracula - you'd kill them with a stake. Now the nightmare guy comes back.

Because actors don't get to pick movies; movies pick the actors.

Before I was ever in high school, I had dark circles under my eyes.

I don't see the world completely in black and white. Sometimes I do.

I don't think I could be a foot soldier. I don't know if I could take orders too good. I'm a little lazy.

I get more choices of things, projects, which is a blessing and a curse. I can only do one at a time. Sometimes you don't know which way to go.

Much more quotes by Benicio Del Toro below the page.

I guess I rooted for the Creature from the Black Lagoon.

I mean I like most of the films that I've seen that I've been in.

I think that the Oscar gives you some kind of guts or something, it gives you the illusion that you can do it. It's good for business.

I'm a fan myself, so when a fan does something that might be strange, I understand it.

I'm not saying I'm a writer, but I've been in movies for a long time, and I think I could write a script for a movie.

I've liked most of the films that I've been in and those are the kinds of films I like to see.

'License to Kill' is not one of the great Bond movies.

There are a lot of good actresses out there.

There's a lot of Latinos right now, a lot of filmmakers and writers that are Latin too.

To me the thing with 'Grease' was that it was the first movie that as a kid I wanted to get up and do what they were doing.

When you do a movie the clock is ticking. It's like a sport.

You might get some serial killers who are born with a chip missing, but for the most part I don't think anyone is born bad.