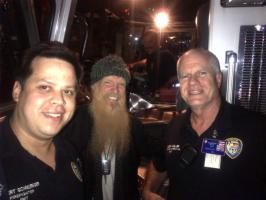 See the gallery for quotes by Billy Gibbons. You can to use those 6 images of quotes as a desktop wallpapers. 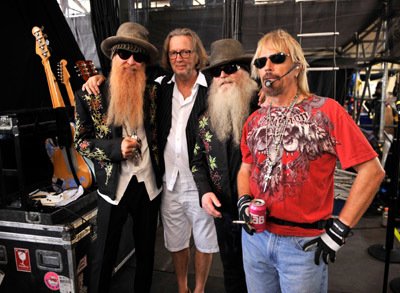 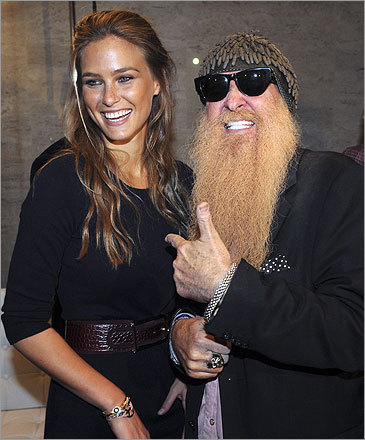 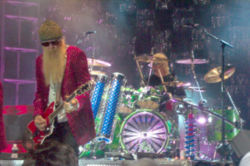 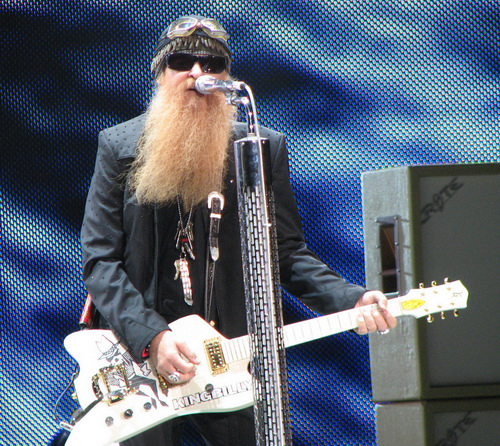 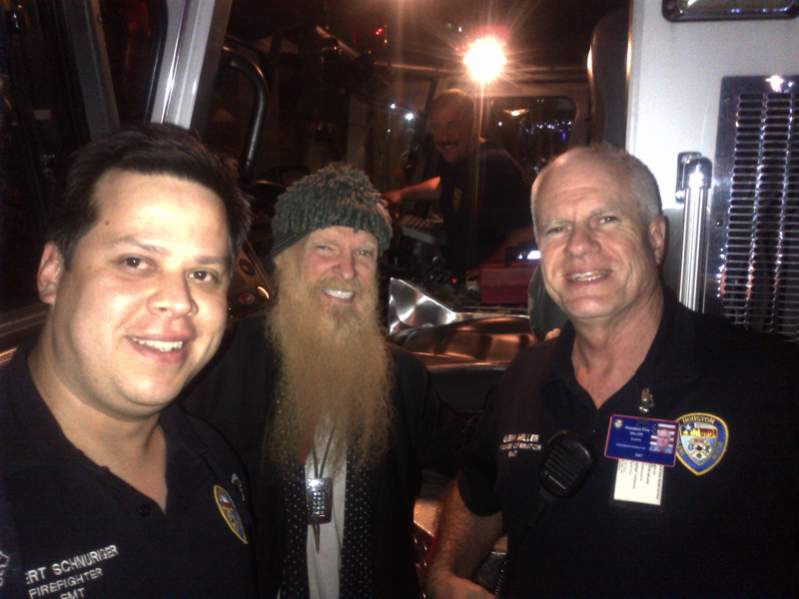 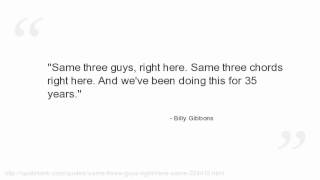 Turn on, tune up, rock out.

Until you learn to play what you want to hear, you're barking up the wrong tree.

Did Muddy Waters play an acoustic? Well of course he did. But did he turn his back on being able to plug it in and play louder? No, he plugged in and turned it up and got miles and miles ahead of the game in one fateful act of just plugging in.

Can't do it, simply cause underneath 'em is too ugly.

Ever since I was a little kid and first heard Jimmy Reed's 'Honey, Don't Let Me Go,' the blues has been in my blood.

Experience is definitely the high road once driven. It actually enhances the songwriting and song sourcing process.

Having a visual element to your band is a good thing.

It's a real uphill challenge to battle the white-guyness.

It's important to collect unusual characters. It keeps you sharp.

Our skin colours may vary, but what's upstairs - there's certain things we've all got in common.

Sounds like the blues are composed of feeling, finesse, and fear.

The blues is a mighty long road. Or it could be a river, one that twists and turns and flows into a sea of limitless musical potential.

The blues is life itself.

There's not a single genre that is hard to find or hard to get.

Water doesn't hurt a vinyl record. Put it into a dishwasher and you're fine.

I've been touted for my guacamole. I'll stand by my method. People have asked me to come to their home and prepare it. Restaurants have asked me about it.

Sooner rather than later, any other form other than digital media will be a thing of the past. It won't vanish, but let's face it, this is seemingly the way of the future.

Tags: Future, Past, Rather

The rawness and the richness of music on vinyl almost went away, but it still seems to be on a lot of people's radar, and for good reason. It does something different than more accessible means of music playing, like MP3 players and downloads and whatnot. You get in front of these archaic contraptions that go 'round and 'round.

They prospect of seeing oneself in the mirror clean-shaven is too close to a Vincent Price film... a prospect not to be contemplated, no matter the compensation.

Much more quotes by Billy Gibbons below the page.

Well, everybody faces the fact there really aren't many records stores around to just go and browse. Maybe browse online, yet that tactile feel of flipping through a stack of vinyl remains one of life's simple pleasures.