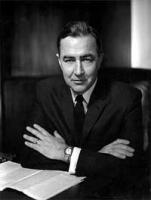 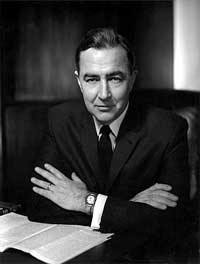 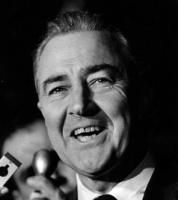 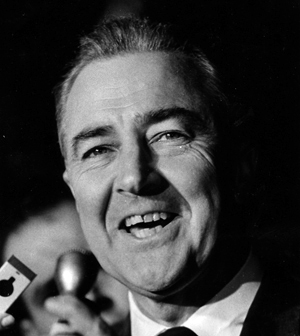 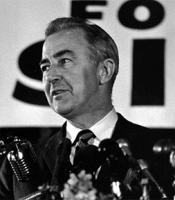 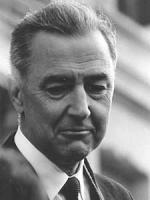 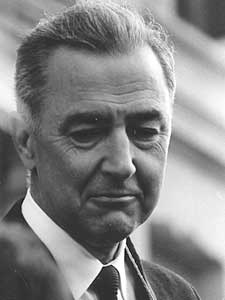 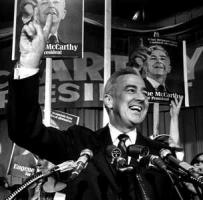 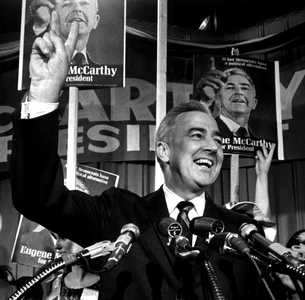 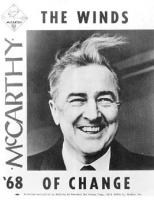 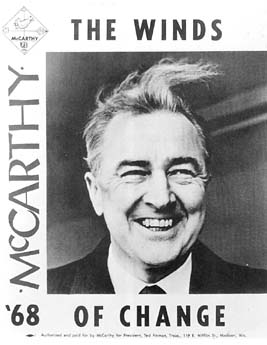 The only thing that saves us from the bureaucracy is its inefficiency.

Being in politics is like being a football coach. You have to be smart enough to understand the game, and dumb enough to think it's important.

Have you ever tried to split sawdust?

I can still smell the tear gas in the Hilton Hotel.

It is dangerous for a national candidate to say things that people might remember.

The Senate is the last primitive society in the world. We still worship the elders of the tribe and honor the territorial imperative.

I cannot shy away from controversy. I don't know if it's my Irish blood, but I love it.

I love disagreements. I love the democratic process. If I'm in a room where everybody agrees, I start to nod off.

States with tremendous oil and natural gas reserves have the most to gain economically from proper regulation.

There is no threshold level of fine particle pollution below which health risk reductions are not achieved by reduced exposure.

Even if there's controversy, I'm going to make the decision, and people are going to be happy in one instance and unhappy in the next. But that's the job I've been given and the job I'm going to embrace.

Greenhouse gas pollution, through its contribution to global climate change, presents a significant threat to Americans' health and to the environment upon which our economy and security depends.

I definitely challenge people. But hopefully, I am working harder than anybody else, and so people won't resent the fact that I want them to work hard, as well.

Proponents of efficiency standards argue that they save consumers and businesses money, reduce energy use, and reduce emissions. But families and businesses already understand how energy costs impact their lives and make decisions accordingly.

The EPA's greenhouse gas regulations, along with a host of other onerous regulations, are unnecessarily driving out conventional fuels as part of America's energy mix. The consequences are higher energy prices for families and a contraction of our nation's economic growth.

When consumers do not take full advantage of efficiency gains, it is because they are weighing other factors that influence their decision making. When the federal government arbitrarily places one of those factors over others, it makes consumers worse off.

When discussing overall impacts on employment, it is important not to overlook the new technologies and industries that can be driven by pollution control standards.