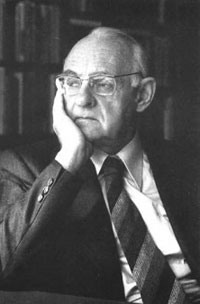 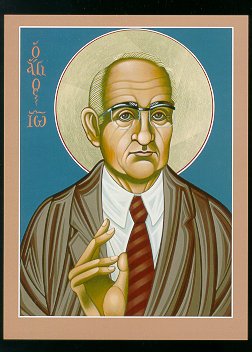 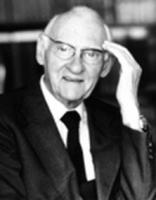 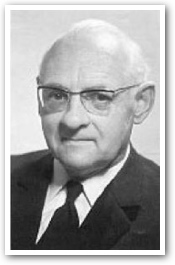 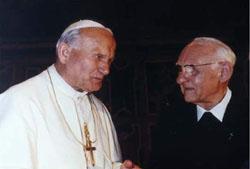 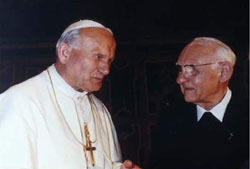 Beauty is the disinterested one, without which the ancient world refused to understand itself, a word which both imperceptibly and yet unmistakably has bid farewell to our new world, a world of interests, leaving it to its own avarice and sadness.

Tags: Away, Together, Whole

The inner reality of love can be recognized only by love.

We no longer dare to believe in beauty and we make of it a mere appearance in order the more easily to dispose of it.

Our situation today shows that beauty demands for itself at least as much courage and decision as do truth and goodness, and she will not allow herself to be separated and banned from her two sisters without taking them along with herself in an act of mysterious vengeance.

Prior to an individual's encounter with the love of God at a particular time in history, however, there has to be another, more fundamental and archetypal encounter, which belongs to the conditions of possibility of the appearance of divine love to man.

If God wishes to reveal the love that he harbors for the world, this love has to be something that the world can recognize, in spite of, or in fact in, its being wholly other.

Not longer loved or fostered by religion, beauty is lifted from its face as a mask, and its absence exposes features on that face which threaten to become incomprehensible to man.

St. Paul would say to the philosophers that God created man so that he would seek the Divine, try to attain the Divine. That is why all pre-Christian philosophy is theological at its summit.

The Christian response is contained in these two fundamental dogmas: that of the Trinity and that of the Incarnation. In the trinitarian dogma God is one, good, true, and beautiful because he is essentially Love, and Love supposes the one, the other, and their unity.

The One, the Good, the True, and the Beautiful, these are what we call the transcendental attributes of Being, because they surpass all the limits of essences and are coextensive with Being.

Thus it is necessary to commence from an inescapable duality: the finite is not the infinite.

Without a doubt, at the center of the New Testament there stands the Cross, which receives its interpretation from the Resurrection.

It is, finally, a word is untimely in three different senses, and bearing it as one's treasure will not win one anyone's favours; one rather risks finding oneself outside everyone's camp... Beauty is the word that shall be our first.

The first attempt at a response: there must have been a fall, a decline, and the road to salvation can only be the return of the sensible finite into the intelligible infinite.

The work with which we embark on this first volume of a series of theological studies is a work with which the philosophical person does not begin, but rather concludes.

To be sure, the response of faith to revelation, which God grants to the creature he chooses and moves with his love, occurs in such a way that it is truly the creature that provides the response, with its own nature and its natural powers of love.