See the gallery for quotes by Brian Lamb. You can to use those 8 images of quotes as a desktop wallpapers. 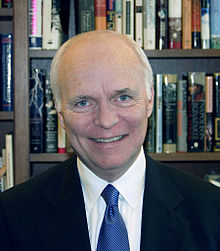 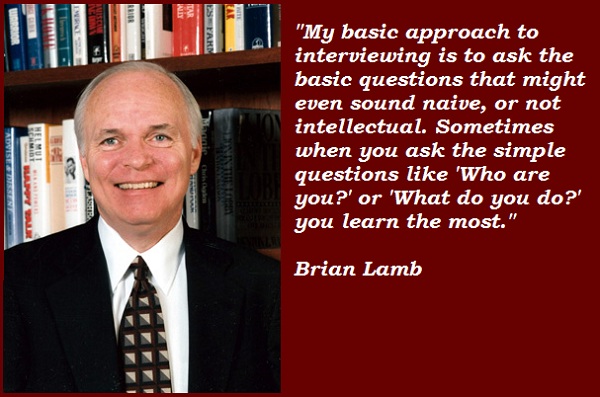 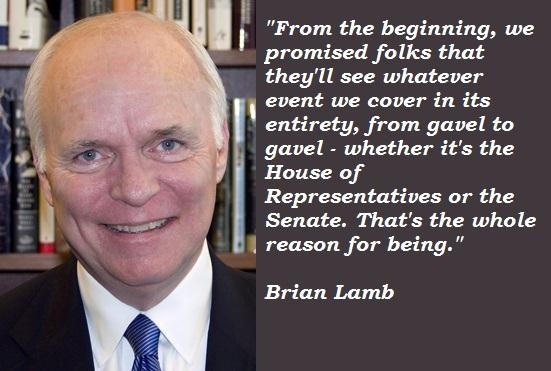 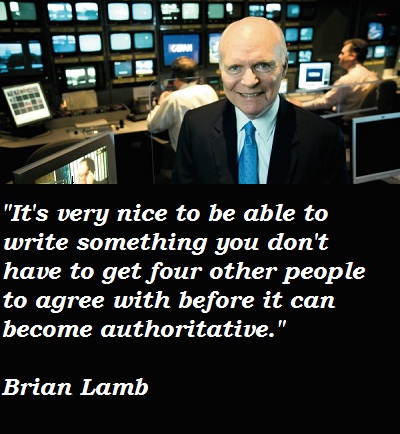 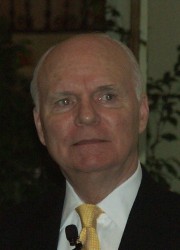 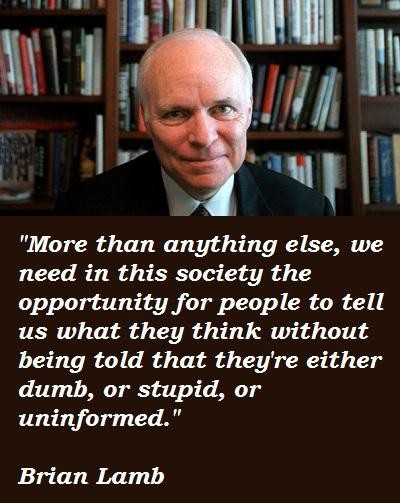 My basic approach to interviewing is to ask the basic questions that might even sound naive, or not intellectual. Sometimes when you ask the simple questions like 'Who are you?' or 'What do you do?' you learn the most.

More than anything else, we need in this society the opportunity for people to tell us what they think without being told that they're either dumb, or stupid, or uninformed.

I don't, for the record, have a Tweety Bird fetish.

I vote in every general election, but I'm not a party member or an ideologue. I've never told anyone who I've voted for.

I'm anti-big power. I don't know if that's populist or not.

I've never been a member of a political party, but people will superimpose on you what they want.

It's easier to fix damage than it is to create it.

It's very nice to be able to write something you don't have to get four other people to agree with before it can become authoritative.

Some people when they get older are so firm in their beliefs that you'll never move them.

Who cares if a movie star has an opinion unless the person is very well informed?

From the beginning, we promised folks that they'll see whatever event we cover in its entirety, from gavel to gavel - whether it's the House of Representatives or the Senate. That's the whole reason for being.

I don't like swearing on the air. As a matter of fact, I'm not a prude, but... I watch HBO and some of the comedy stuff, and I'm constantly asking myself, 'Why have we gone there?' It seems like it's unfortunate. It's so cheap. It's so easy.

I've been invited to appear on Letterman, but they wanted me to talk about a funny videotape of Congress. 'Bring us your outtakes!' That's not our job.

My number one goal was not getting 'A's' - and I proved it. I was a 'C' student. You have to be ready to learn. If you're not interesting in learning, it doesn't work. As I grew older and wanted to learn and desperately wanted inside information, learning was a lot easier.

We have more voices from more points of view on the C-SPAN call-in show than I've heard anywhere else. You can literally tune us in every day and hear it all. You can't control it, and you shouldn't control it.