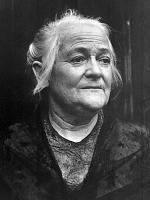 See the gallery for quotes by Clara Zetkin. You can to use those 7 images of quotes as a desktop wallpapers. 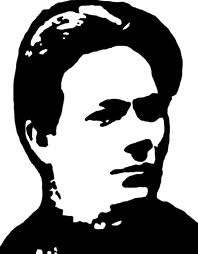 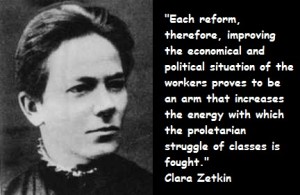 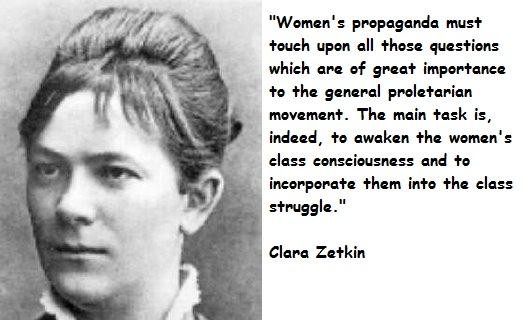 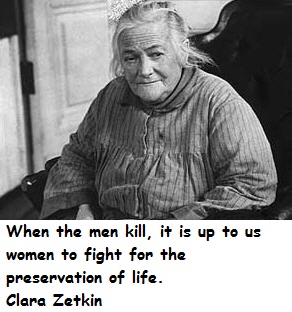 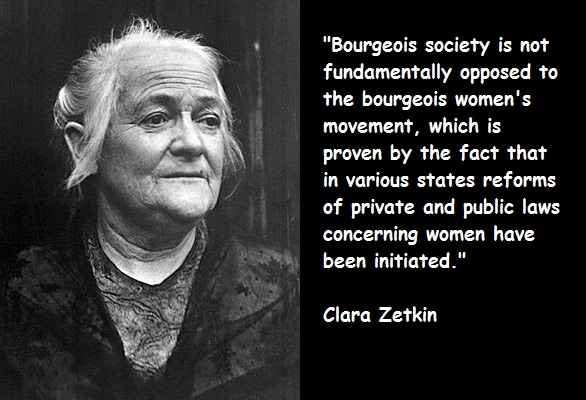 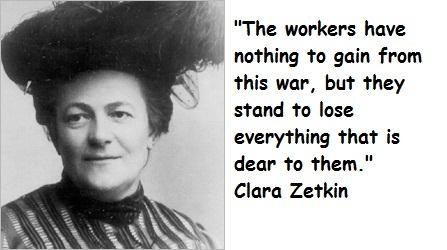 The proletarian woman fights hand in hand with the man of her class against capitalist society.

What made women's labour particularly attractive to the capitalists was not only its lower price but also the greater submissiveness of women.

When the men are silent, it is our duty to raise our voices in behalf of our ideals.

In individual industries where female labour pays an important role, any movement advocating better wages, shorter working hours, etc., would not be doomed from the start because of the attitude of those women workers who are not organized.

The most disastrous phenomenon of the current situation is the factor that imperialism is employing for its own ends all the powers of the proletariat, all of its institutions and weapons, which its fighting vanguard has created for its war of liberation.

Women's propaganda must touch upon all those questions which are of great importance to the general proletarian movement. The main task is, indeed, to awaken the women's class consciousness and to incorporate them into the class struggle.

The workers have nothing to gain from this war, but they stand to lose everything that is dear to them.

We are not making this demand for the sake of a principle, but in the interests of the proletarian class.

When the men kill, it is up to us women to fight for the preservation of life.

Bourgeois society is not fundamentally opposed to the bourgeois women's movement, which is proven by the fact that in various states reforms of private and public laws concerning women have been initiated.

Each reform, therefore, improving the economical and political situation of the workers proves to be an arm that increases the energy with which the proletarian struggle of classes is fought.

For reforms ameliorate the situation of the working class, they lighten the weight of the chains labour is burdened with by capitalism, but they are not sufficient to crush capitalism and to emancipate the workers from their tyranny.

Social Democratic and trade union organs have approved of the illegal invasion of Belgium, of the massacre of suspected guerrillas, as well as their wives and children, as well as the destruction of their homes in various towns and districts.

The capitalists speculate on the two following factors: the female worker must be paid as poorly as possible and the competition of female labour must be employed to lower the wages of male workers as much as possible.

We would, however, perform an injustice to the bourgeois women's rights movement if we would regard it as solely motivated by economics. No, this movement also contains a more profound spiritual and moral aspect.

What practical conclusions may we now draw for our propaganda work among women? The task of this Party Congress must not be to issue detailed practical suggestions, but to draw up general directions for the proletarian women's movement.

When a battle for suffrage is conducted, it should only be conducted according to socialist principles, and therefore with the demand of universal suffrage for women and men.