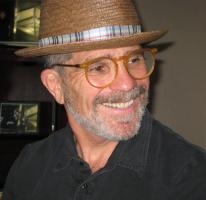 See the gallery for quotes by David Mamet. You can to use those 7 images of quotes as a desktop wallpapers. 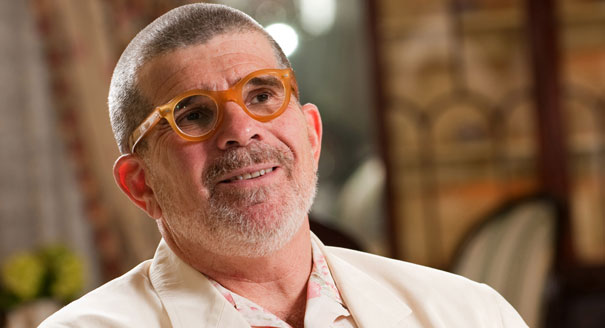 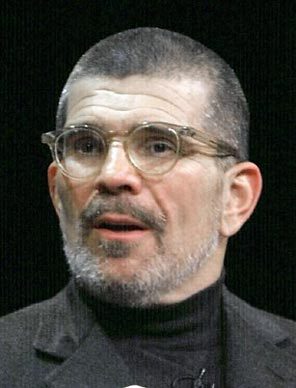 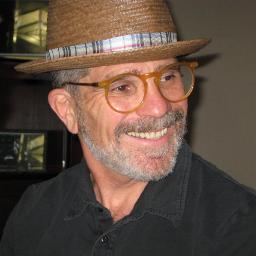 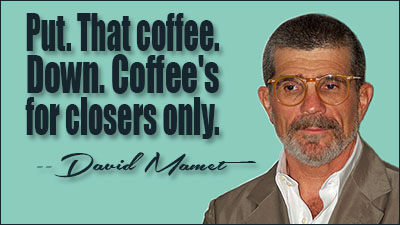 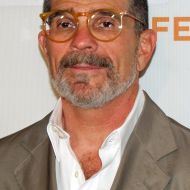 I'm entitled to my political opinions, and I get to vote because I'm an American.

Tags: Else, Everybody, Greedy

I'm not an ascetic.

I'm not the guy to ask about politics. I'm a gag writer.

I've always been fascinated by the picaresque.

I've been alienating my public since I was 20 years old.

In a world we find terrifying, we ratify that which doesn't threaten us.

In Chicago, we love our crooks!

In practice we, in the world, must do business with each other.

It is not the constitutional prerogative of the Government to determine needs.

It's hard for a Jew of my generation, an American Jew, who is philo-Zionistic, not to romanticize Israel.

It's hard to write a good plot, it's very hard.

It's only words... unless they're true.

It's upsetting to be a man in our society.

Movies were never an art form, they were entertainment. It just evolved into an art form from there, and it's still evolving in different ways.

My greatest fear is that the audience will beat me to the punch line.

My idea of perfect happiness is a healthy family, peace between nations, and all the critics die.

Our job, as writers is to do our jobs.

People only speak to get something.

President Obama seems to understand the Constitution as a 'set of suggestions.'

The essence of jiu-jitsu is philosophy.

The quality I most admire in a man is steadfastness.

Much more quotes by David Mamet below the page.

There's something in me that just wants to create dialogue.

We respond to a drama to that extent to which it corresponds to our dreamlife.

When I started out I was a failed actor.

You know, young actors say all the time, 'Should I use my own life experience?' And my response is, 'What choice do you have?'

Policemen so cherish their status as keepers of the peace and protectors of the public that they have occasionally been known to beat to death those citizens or groups who question that status.

American football seems to resemble soccer in that one scores by putting the ball through the opponent's goal; but football, truly is about land. The Settlers want to move the line of scrimmage Westward, the Native Americans want to move it East.

Culture exists and evolves to relegate to habit categories of interactions the constant conscious reference to which would make human interaction impossible.

Each culture has its own form of staged combat, evolved from its particular method of street fighting and cleaned up for presentation as a spectacle, e.g. savate, Cornish wrestling, karate, kung-fu.

I look back on my liberal political beliefs with a sort of wonder - as another exercise in self-involvement - rewarding myself for some superiority I could not logically describe.

I love all insider memoirs. It doesn't matter whether it's truck-drivers or doctors. I think everybody likes to go backstage, find out what people think and what they talk about and what specialised job they have.

I understand that computers, which I once believed to be but a hermaphrodite typewriter-cum-filing cabinet, offer the cyber literate increased ability to communicate. I do not think this is altogether a bad thing, however it may appear on the surface.

I used to think I'd like to be a fireman - in fact, I still would - and the only drawback I could see was coming back to the firehouse, after a day of fighting fires, and still having to put in an eight-hour day writing.

If you're writing an opinion piece, it's your job to write your opinion. If, on the other hand, you wrote a novel, as Virginia Woolf tells us, it would be inappropriate if you let your novel be influenced by your political opinions.

If, indeed, a firearm were more dangerous to its possessors than to potential aggressors, would it not make sense for the government to arm all criminals, and let them accidentally shoot themselves? Is this absurd? Yes, and yet the government, of course, is arming criminals.

In my family, in the days prior to television, we liked to while away the evenings by making ourselves miserable, solely based on our ability to speak the language viciously.

Liberalism is a religion. Its tenets cannot be proved, its capacity for waste and destruction demonstrated. But it affords a feeling of spiritual rectitude at little or no cost.

Listen, here's the thing about an English degree - if you sat somebody down and asked them to make a list of the writers they admire over the last hundred years, see how many of them got a degree in English.

My tendency as an actor was to correct people, was to say, 'What if we tried it this way, what about if we tried that way?' That's terrible habit for an actor, but that's a good habit for director. So I became a director.

People ask me, 'What do you do?' And I tell them I'm a writer, but always with the silent reservation, 'I am, of course, not really a writer. Hemingway was a writer.'

The Founders recognized that Government is quite literally a necessary evil, that there must be opposition, between its various branches, and between political parties, for these are the only ways to temper the individual's greed for power and the electorates' desires for peace by submission to coercion or blandishment.

The government, for example, has determined that black people (somehow) have fewer abilities than white people, and, so, must be given certain preferences. Anyone acquainted with both black and white people knows this assessment is not only absurd but monstrous. And yet it is the law.

The individual is not only best qualified to provide his own personal defense, he is the only one qualified to do so: and his right to do so is guaranteed by the Constitution.

There's nothing in the world more silent than the telephone the morning after everybody pans your play. It won't ring from room service; your mother won't be calling you. If the phone has not rung by 8 in the morning, you're dead.

They say you can't study Kabbalah until you are at least 40 years old. You know why? You have to have experienced at least one generation making the same mistakes as the previous one.

What I value most in my friends is loyalty.

Every reiteration of the idea that nothing matters debases the human spirit.

People may or may not say what they mean... but they always say something designed to get what they want.

Always tell the truth - it's the easiest thing to remember.

Old age and treachery will always beat youth and exuberance.

A good film script should be able to do completely without dialogue.

I'm afraid of only two things: being lazy and being cowardly.

When we leave the play saying how spectacular the sets or costumes were, or how interesting the ideas, it means we had a bad time.

One person may need (or want) more leisure, another more work; one more adventure, another more security, and so on. It is this diversity that makes a country, indeed a state, a city, a church, or a family, healthy. 'One-size-fits-all,' and that size determined by the State has a name, and that name is 'slavery.'

The basis of drama is... the struggle of the hero towards a specific goal at the end of which he realises that what kept him from it was, in the lesser drama, civilisation and, in the great drama, the discovery of something that he did not set out to discover but which can be seen retrospectively as inevitable.

Films have degenerated to their original operation as carnival amusement - they offer not drama but thrills.

I always thought the real violence in Hollywood isn't what's on the screen. It's what you have to do to raise the money.

I don't really have a social life.

I don't think there's any information to be gotten from television.

I grew up in a tough neighborhood and we used to say you can get further with a kind word and a gun than just a kind word.

I hate vacations. There's nothing to do.

I took the liberal view for many decades, but I believe I have changed my mind.

I was fortunate enough to have a rambling youth.