See the gallery for quotes by Dennis Bergkamp. You can to use those 8 images of quotes as a desktop wallpapers. 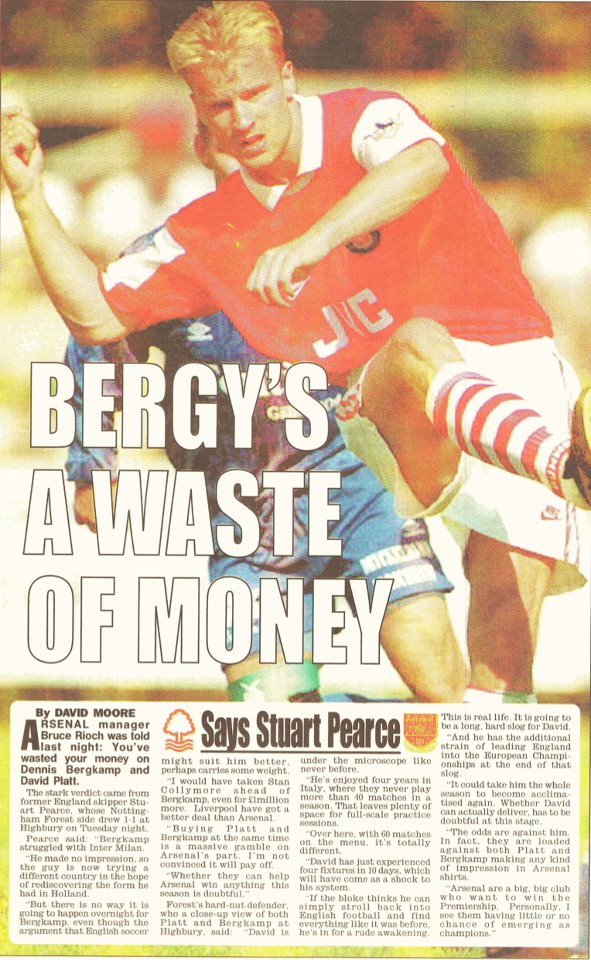 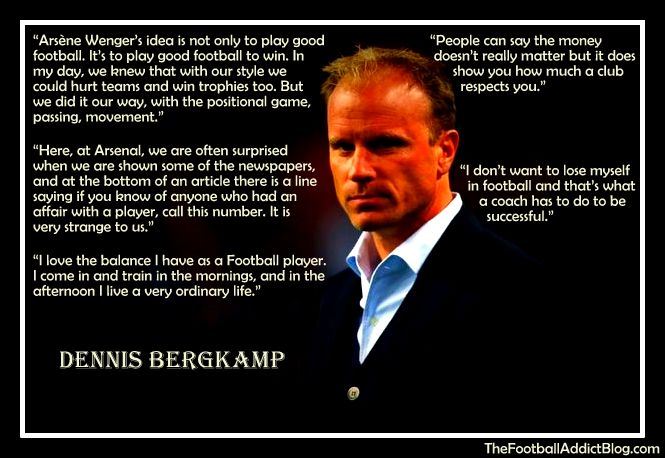 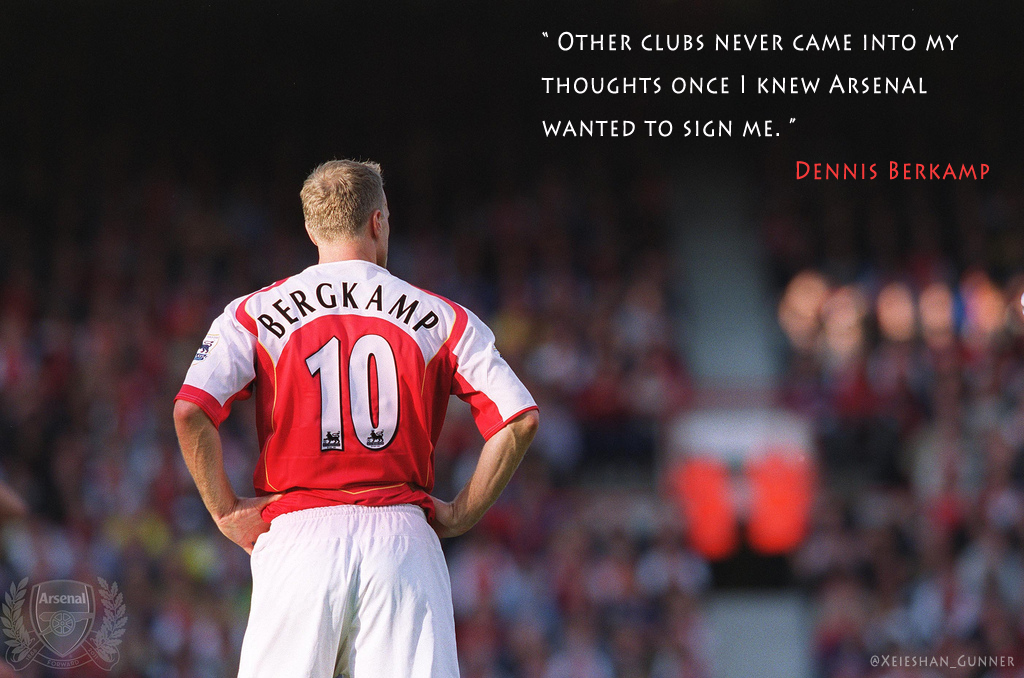 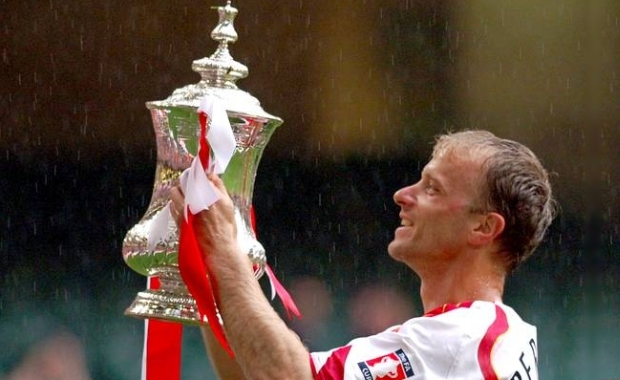 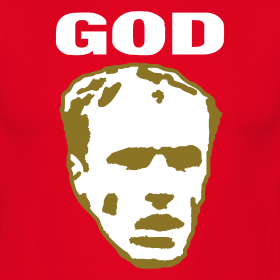 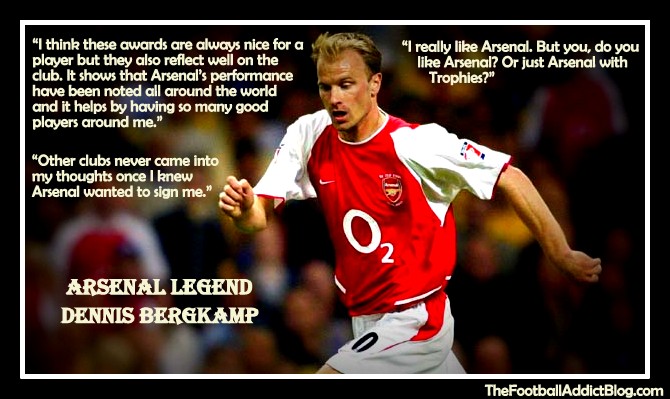 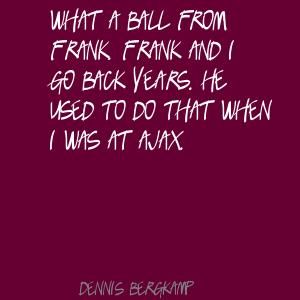 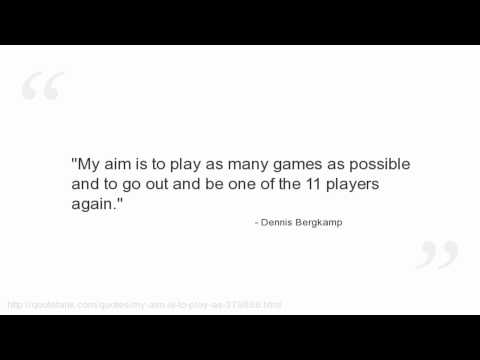 When you beat a team so often - especially like this season when Chelsea had already lost three times to us - you know people expect you to do it again. But you also know they're going to be even more motivated to finally win.

Other clubs never came into my thoughts once I knew Arsenal wanted to sign me.

The regular things in my life now - training sessions and playing matches - will all fall away. That will leave a big empty space and it will need to be filled.

Sometimes you feel the emotion. You think this might be my last pre-season or my last Champions League match. But, overall, those thoughts aren't important right now. But the time will soon come.

Behind every kick of the ball there has to be a thought.

I don't want to lose myself in football and that's what a coach has to do to be successful.

I love playing football, being out on the pitch with a ball, and I will be a little sad when that ends.

I think it is time to call it a day, and watch the game from the stands.

I've never seen myself as a manager. As a manager, you have to put all your time into the job, and that would be difficult for me.

My aim is to play as many games as possible and to go out and be one of the 11 players again.

Playing football was like being trapped in a rhythm, and my whole career was like that. You have very little time to switch off.

So I took it as a very positive sign that the club came to me rather than the other way round.

What a ball from Frank. Frank and I go back years. He used to do that when I was at Ajax.

You have to shoot, to want to score goals no matter how. Just score that goal! You can't be afraid to miss.

A lot of people say you always come back to what you are good at. Football has been 25 years of my life, so maybe I'll come back to it in some sort of way.

I just wanted to get back to playing attacking football after my time in Italy. It was a little difficult at first but the atmosphere and the fans were just fantastic.

I think these awards are always nice for a player but they also reflect well on the club. It shows that Arsenal's performance have been noted all around the world and it helps by having so many good players around me.

In Holland and Spain and France, where so many of us come from, people aren't interested in the sex lives of their players. We don't hear these stories - even in Italy where the media is right on top of football.

It will be a hard game if you think about winning a championship. We need to think about our own game at the moment and focus on getting good results especially over the Christmas period.

It's fantastic for Arsenal, and for English football as well. You've got an English club with a lot of young English talent committing themselves to a club.

Our two biggest rivals had adjusted their whole season to this one aim of beating us. Of course, it is a big compliment that they were so motivated to stop us but it was very tough to face two matches like that so close together. Suddenly three trophies are down to one.

So here, at Arsenal, we are often surprised when we are shown some of the newspapers, and at the bottom of an article there is a line saying if you know of anyone who had an affair with a player, call this number. It is very strange to us.

We're still a great team. In your mind you can understand that but, emotionally, we needed to express the same belief. We came out full of fire and scored two early goals, two really beautiful goals, and that changed everything.

When I retired in 2006, I stayed for a further two years in England. I stayed because I wanted to be in England without being a footballer, without the rhythm. I wanted to enjoy the city.